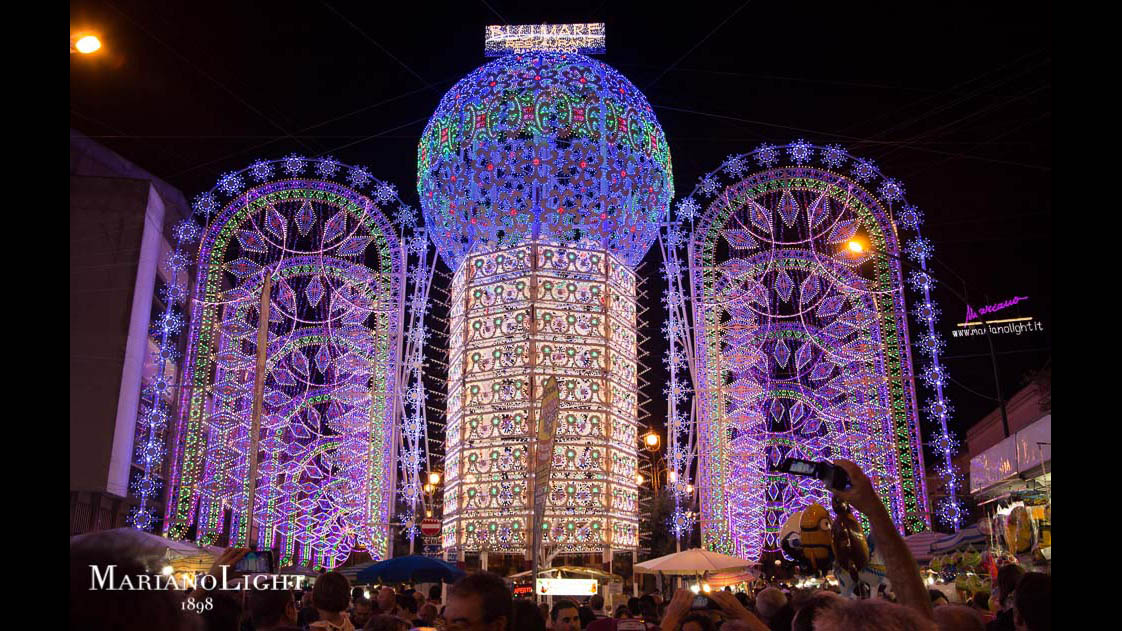 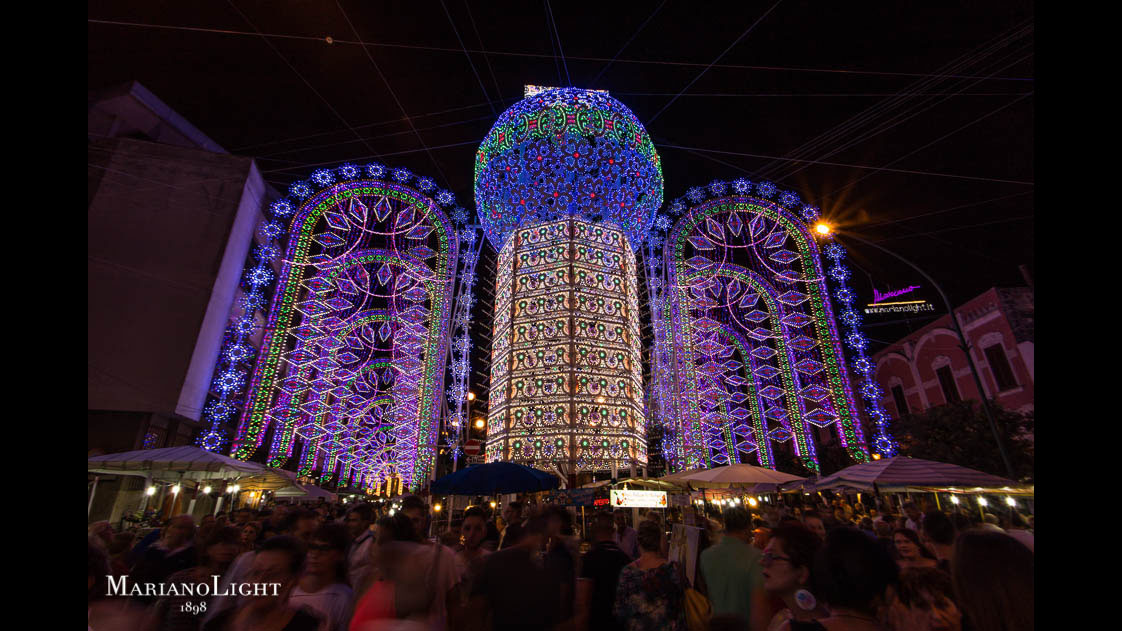 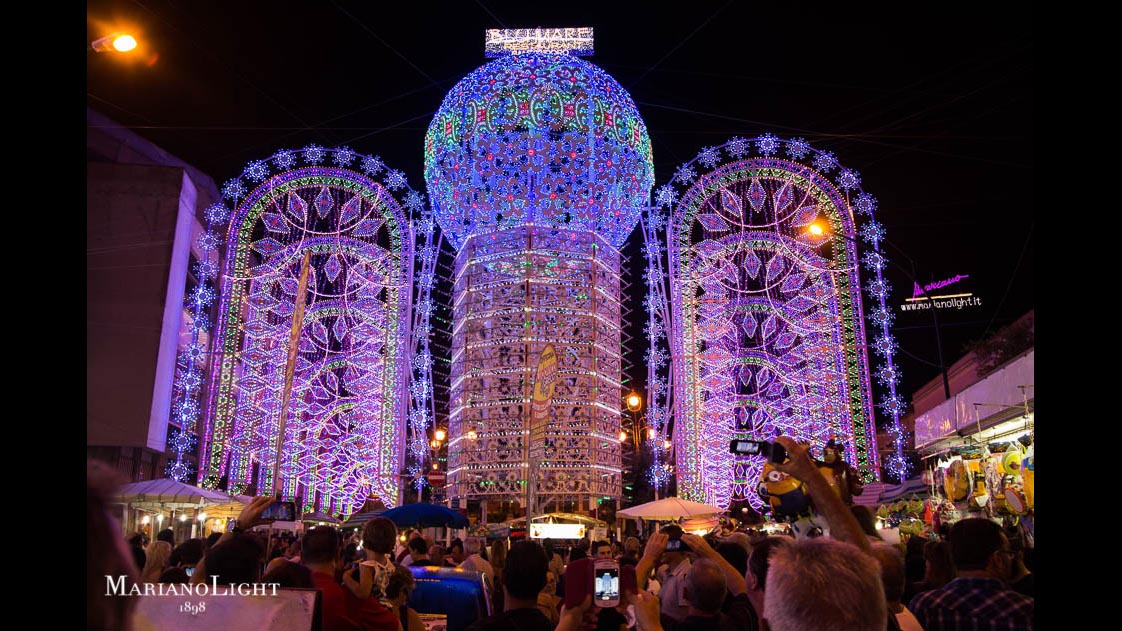 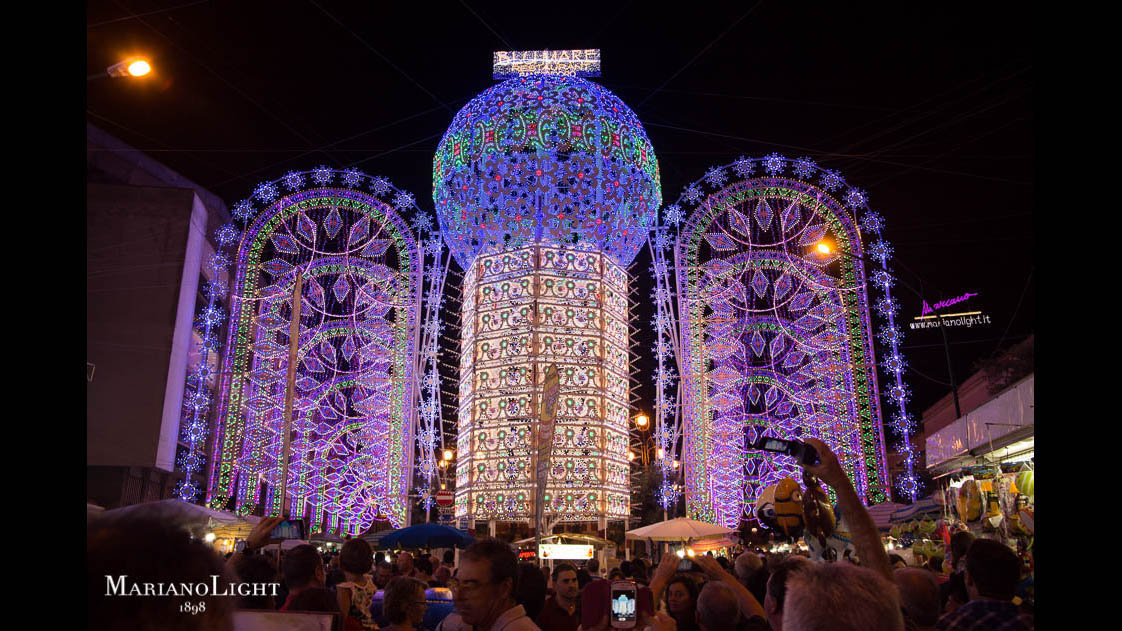 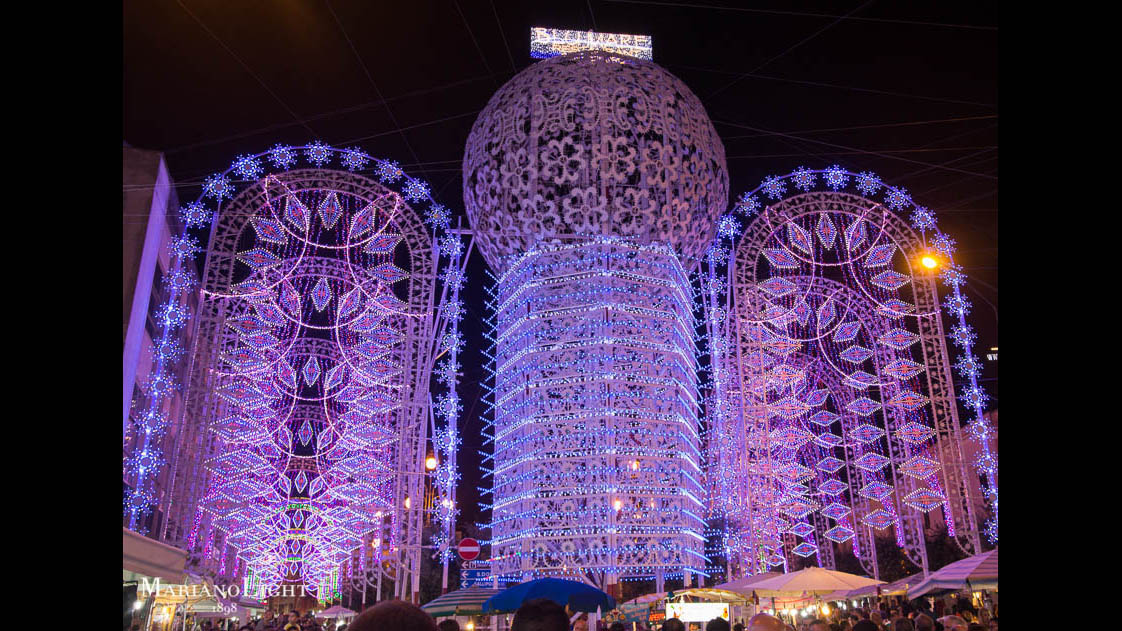 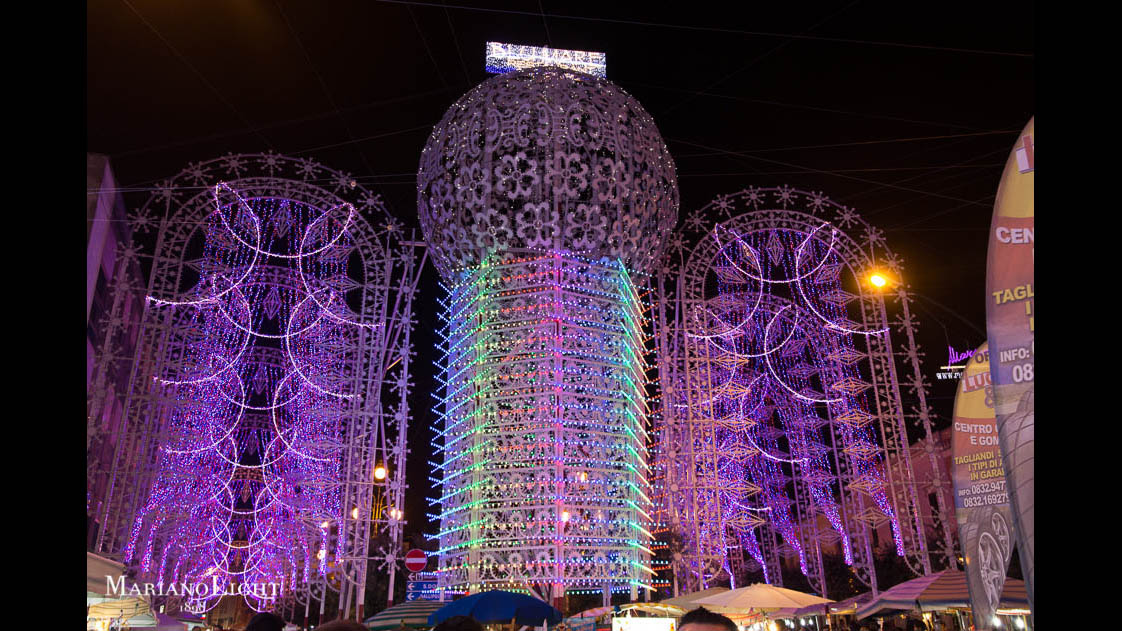 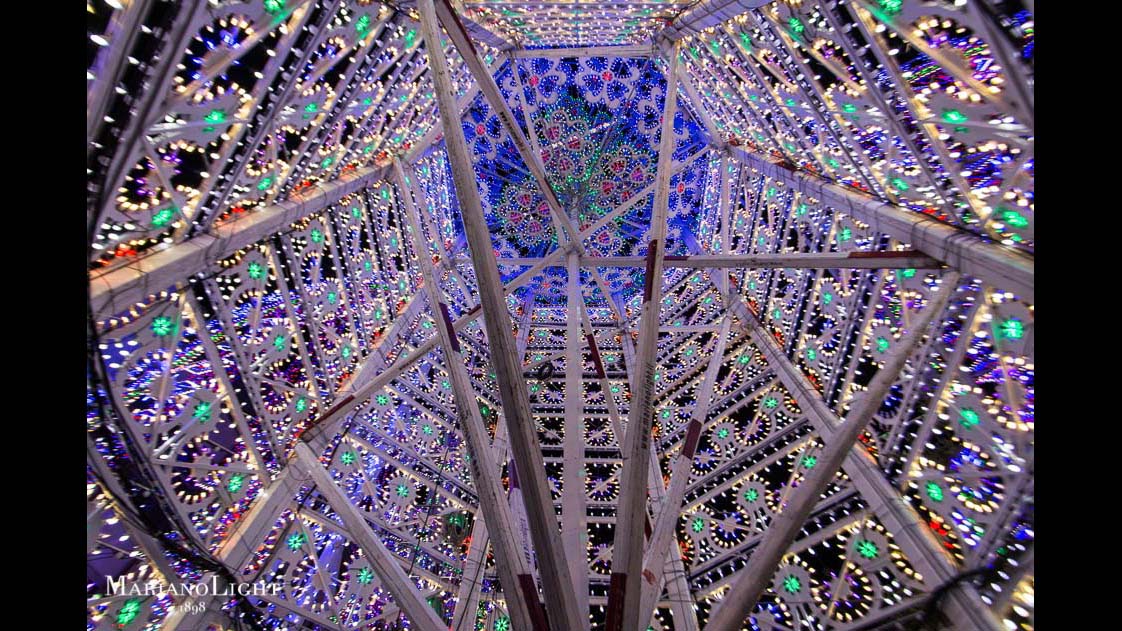 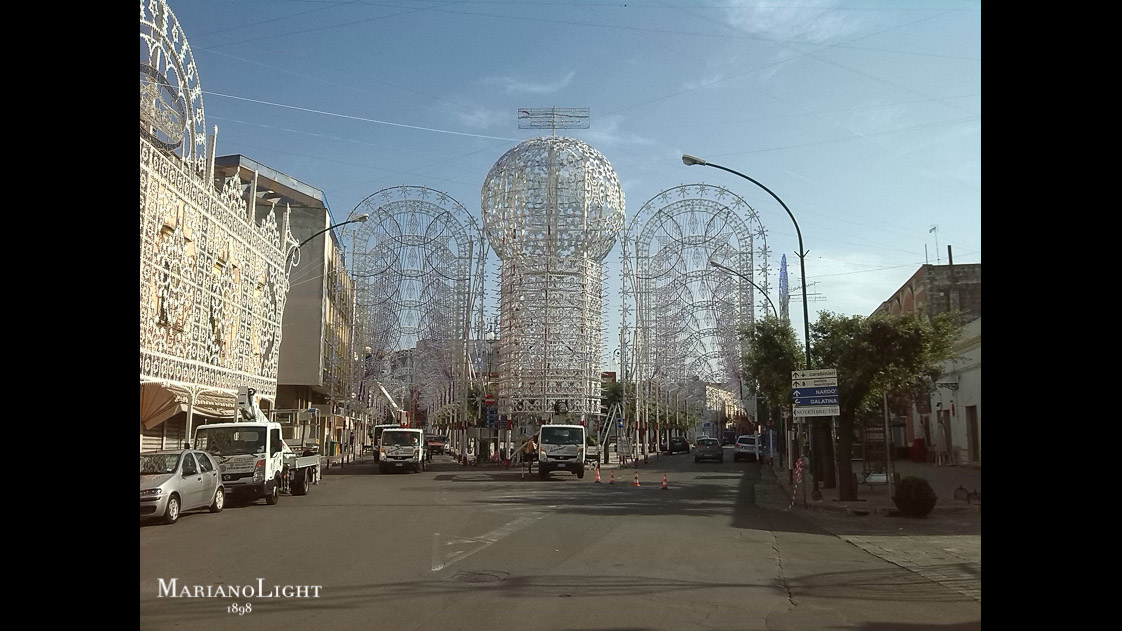 In Catholic devotion St. Joseph of Copertino is called the saint of the flights, because of the levitation that according to the chronicles of the time would have accomplished in a state of ecstasy. And his effigy is high in the sky, almost in flight, in the center of our traditional Luminaries of Salento.
Lace of lights, symphony of colors, musical notes, a show in the show for this great party by MarianoLight.