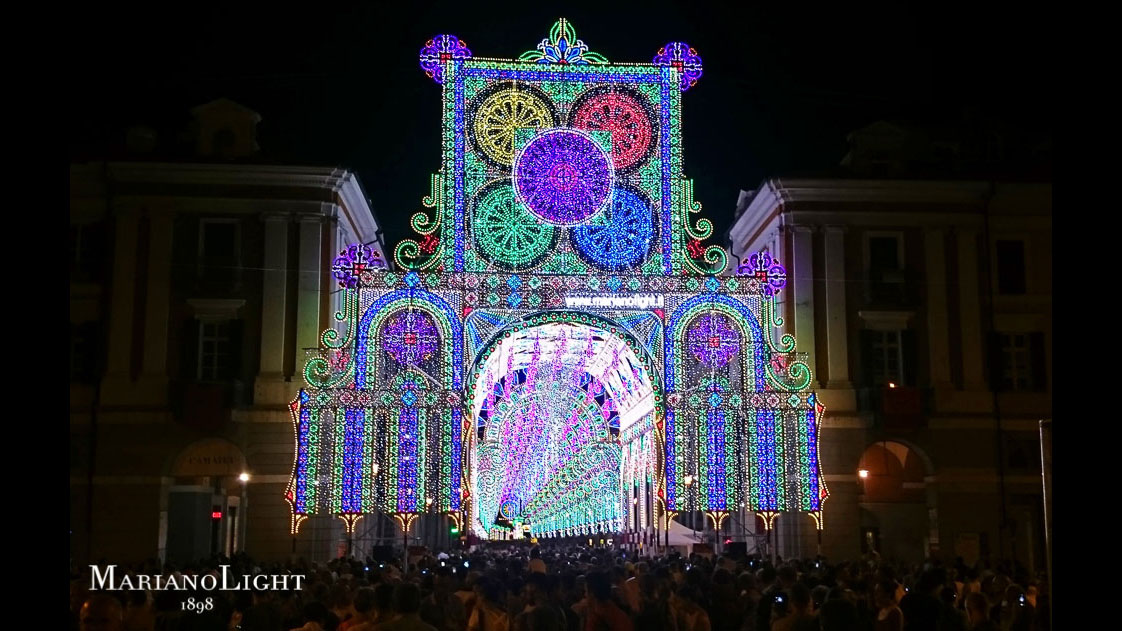 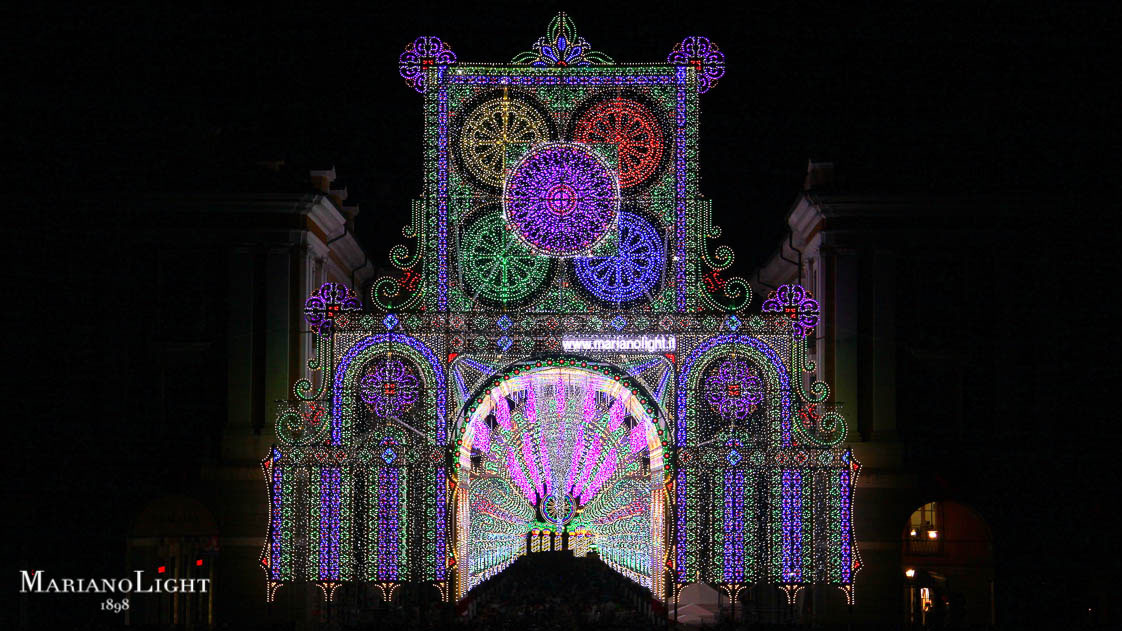 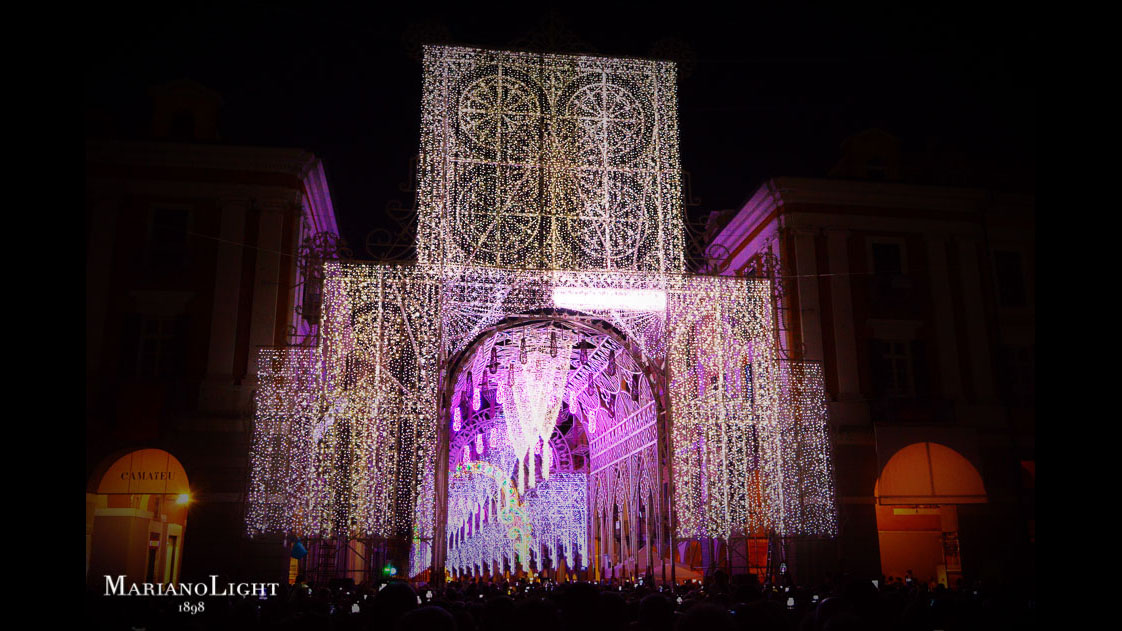 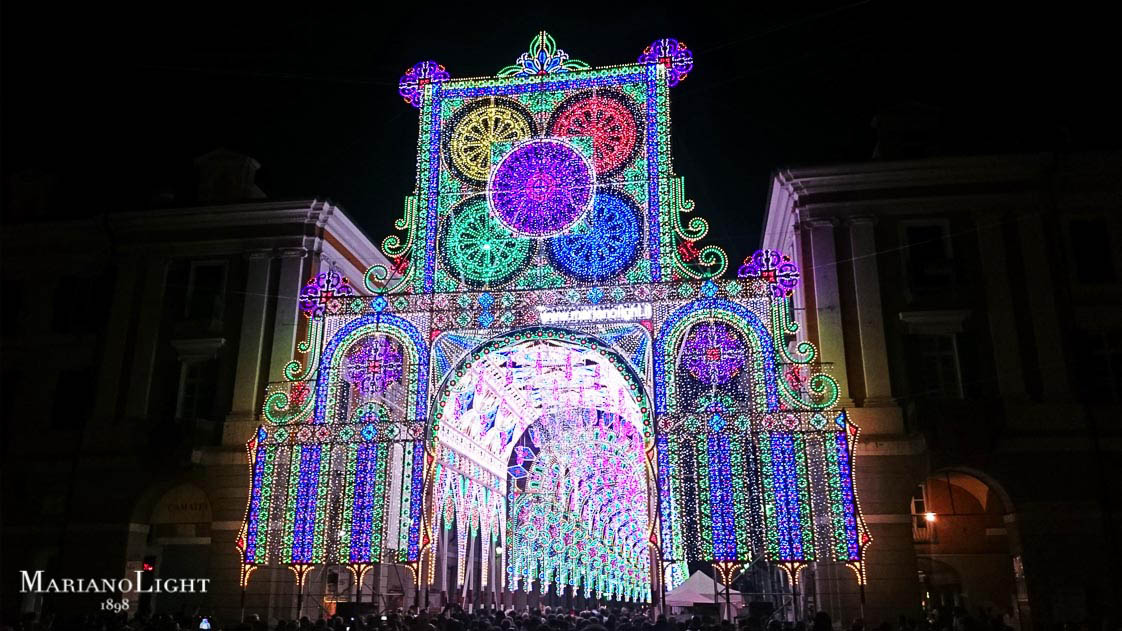 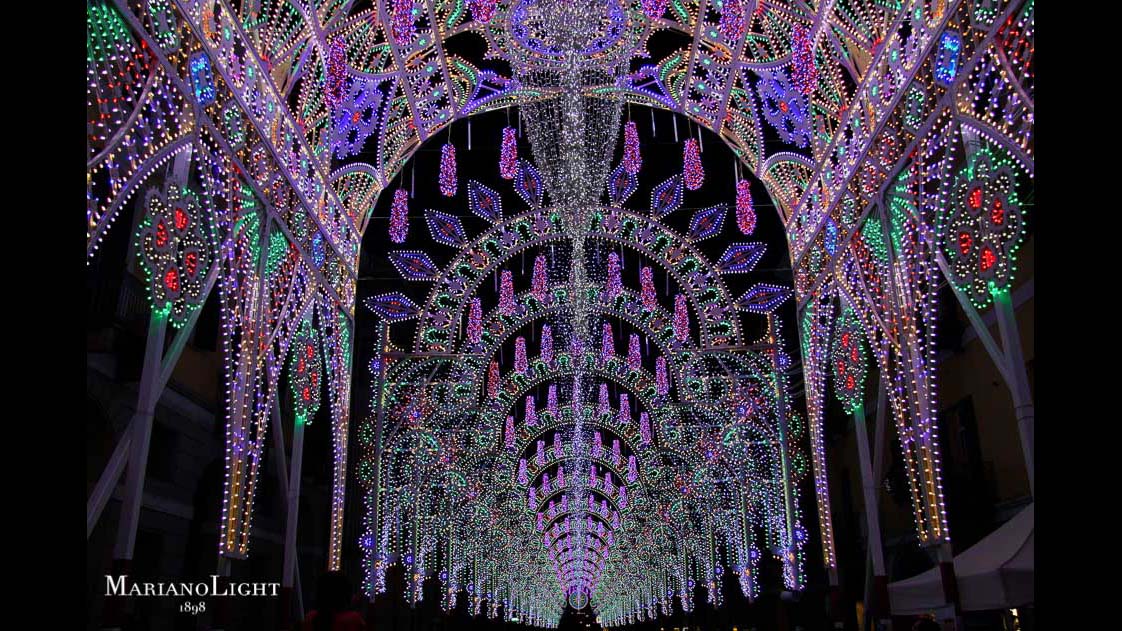 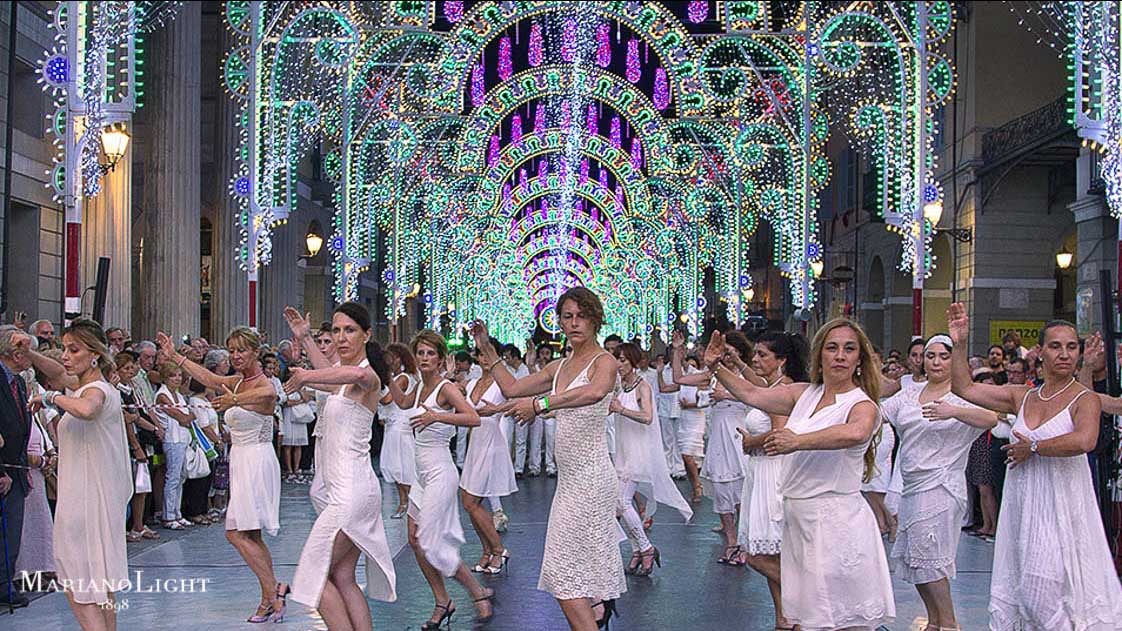 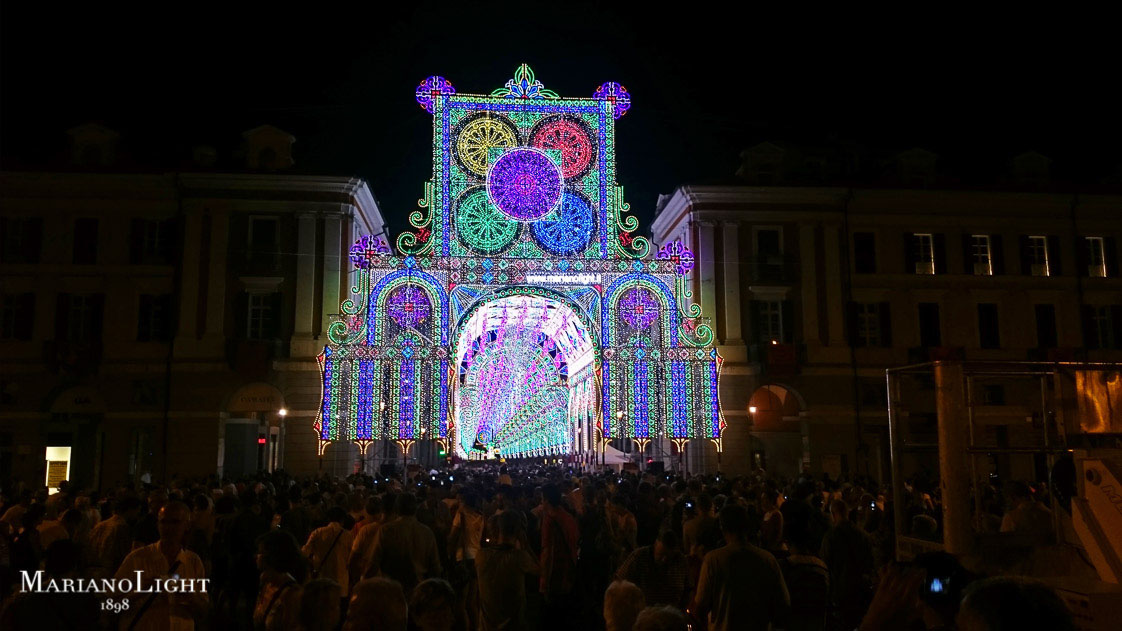 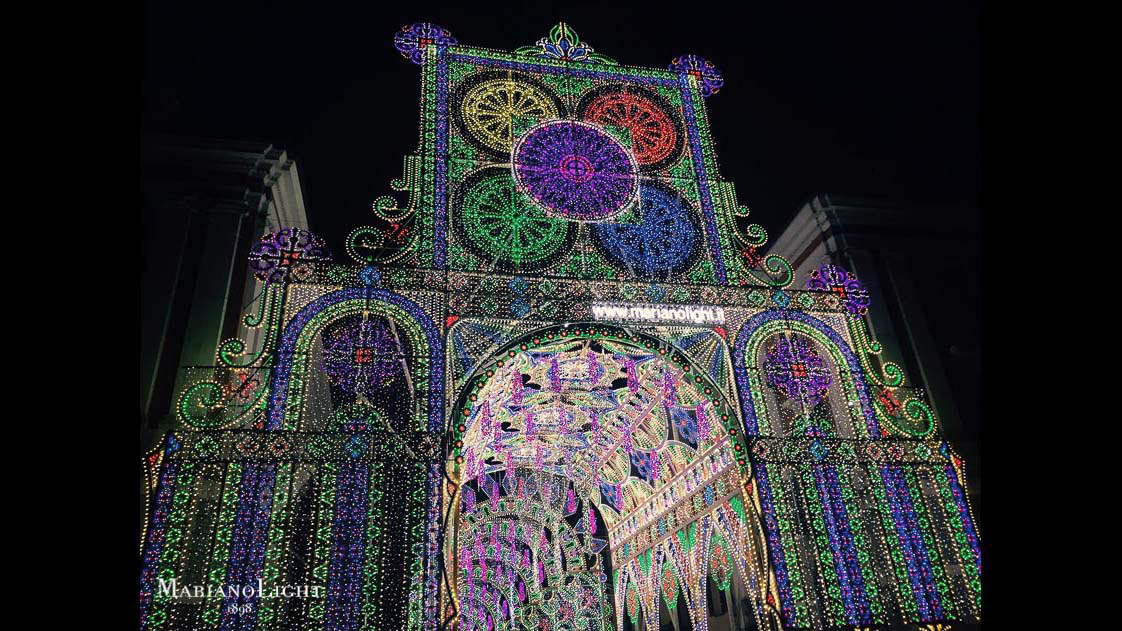 For the first time in Northern Italy there has been a true Patronal Feast as is customary in South Italy and MarianoLight had the honour of being chosen to install its luminarie and light them up at the rhythm of music.
For four centuries in Cuneo in the month of July, there have been solemn and religious celebrations in honour of the ‘Madonna del Carmine’, culminating in the great procession with thousands of flowers thrown from balconies to the passage of Her sacred image, and also coloured drapes and candles on the path. This year, to make the Feast even more charged with meaning, the Diocese of Cuneo has chosen the Light, the Light that illuminates the darkness, the light as symbol of life, the Light of the MarianoLight Sculptures, after seeing them in Valencia, Spain.
The intention is to carry the Feast in honour of the Saint Patron, the typical Southern Italy Feast, for the first time ever in a city of the North, to carry the warmth of the ‘Feast’, the emotional involvement and the participation of cheerful and spontaneous people.