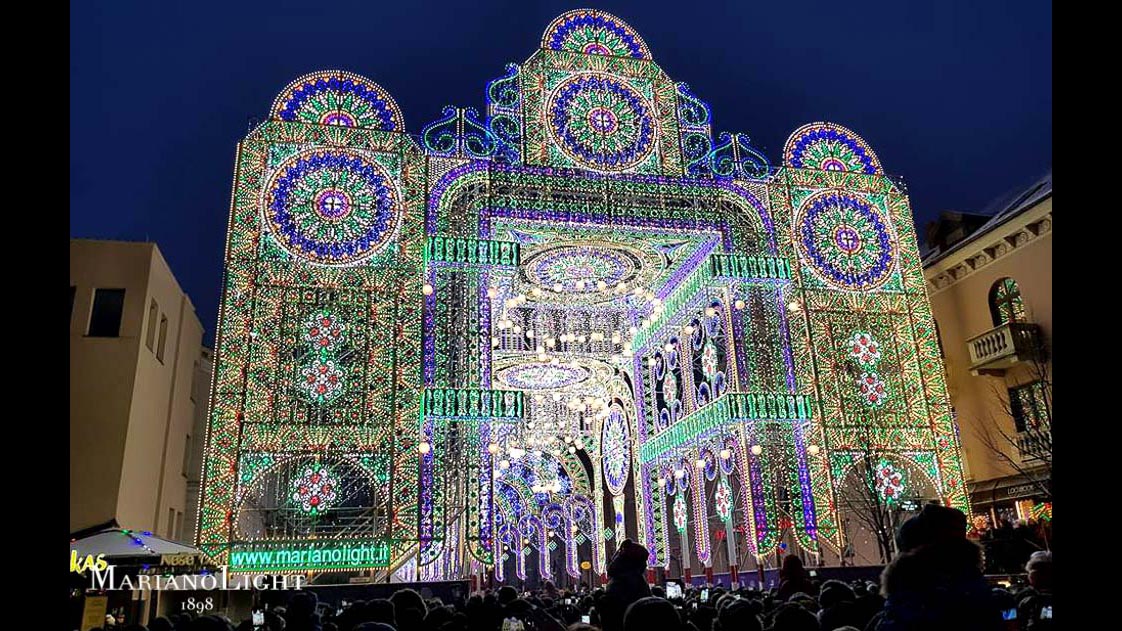 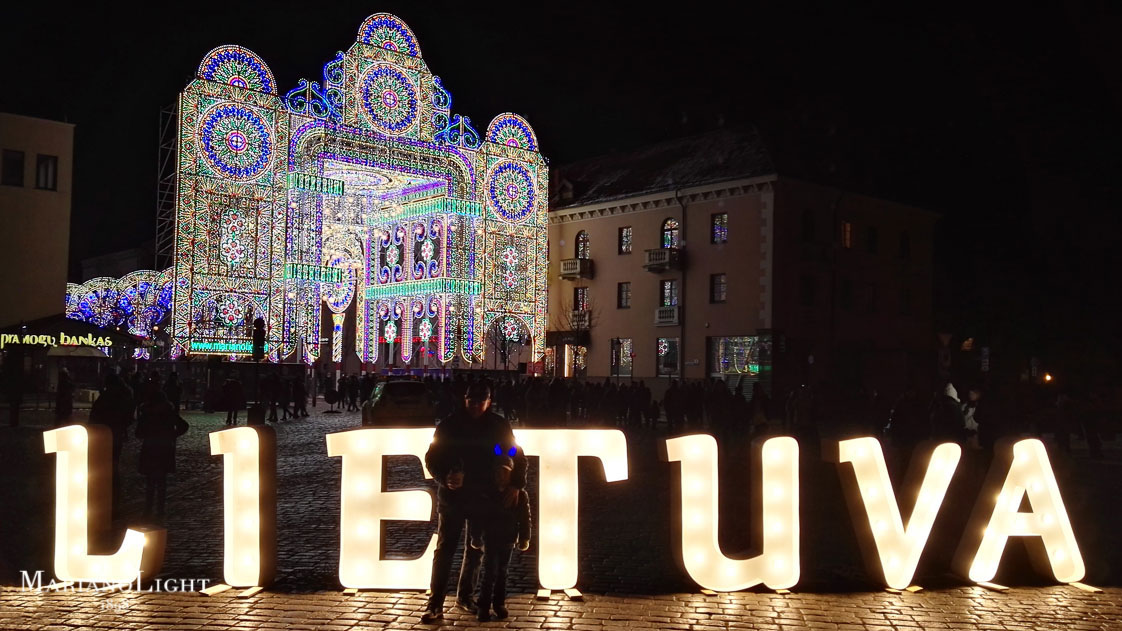 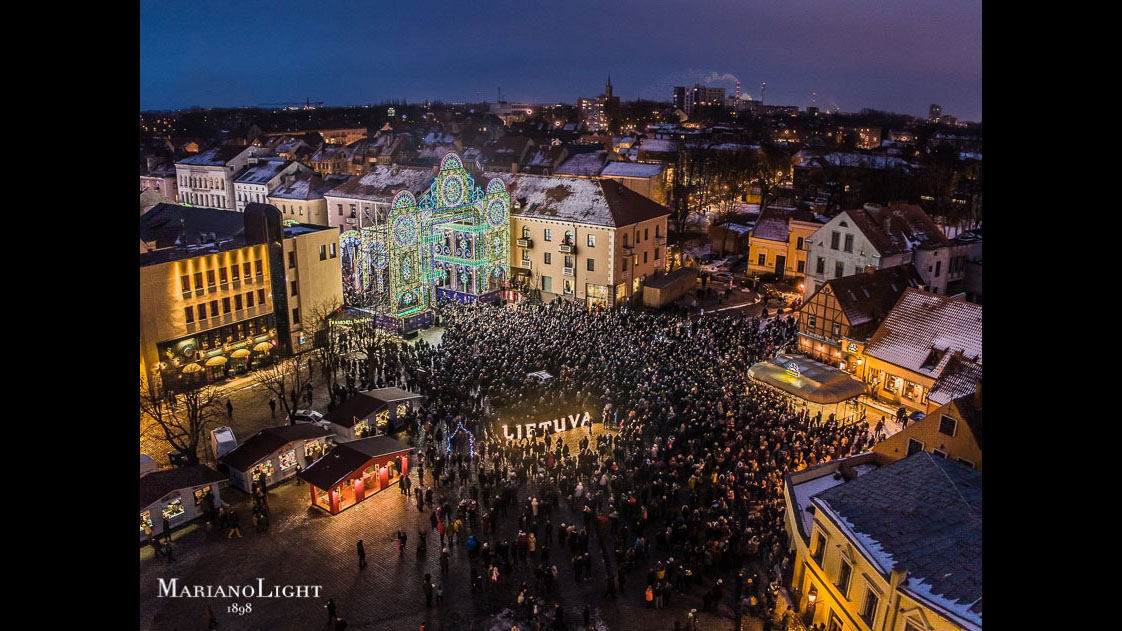 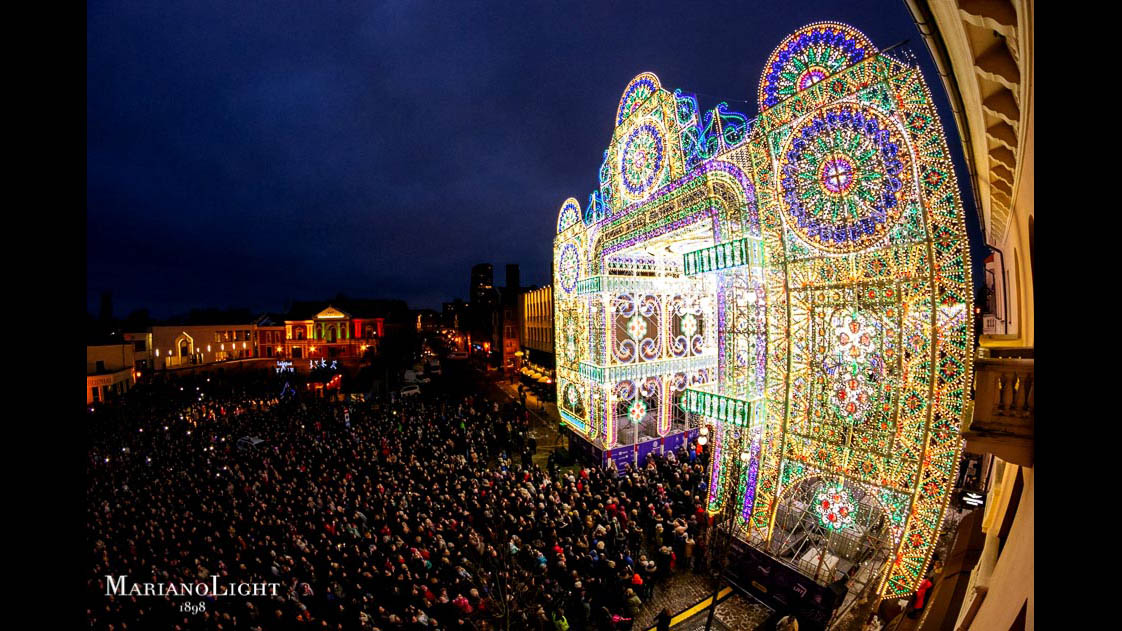 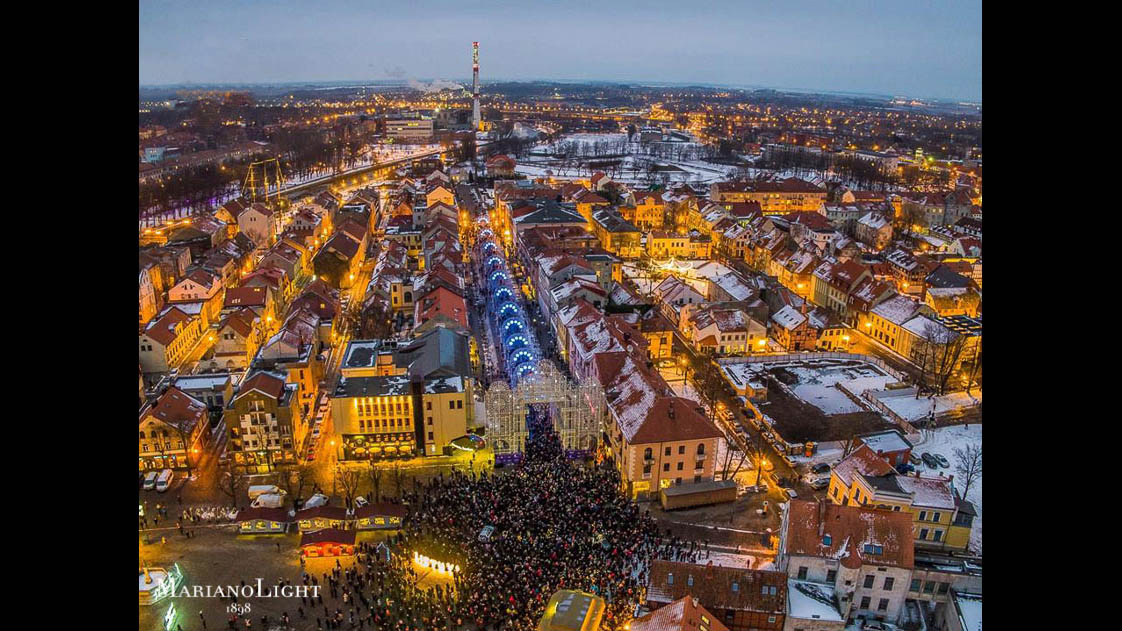 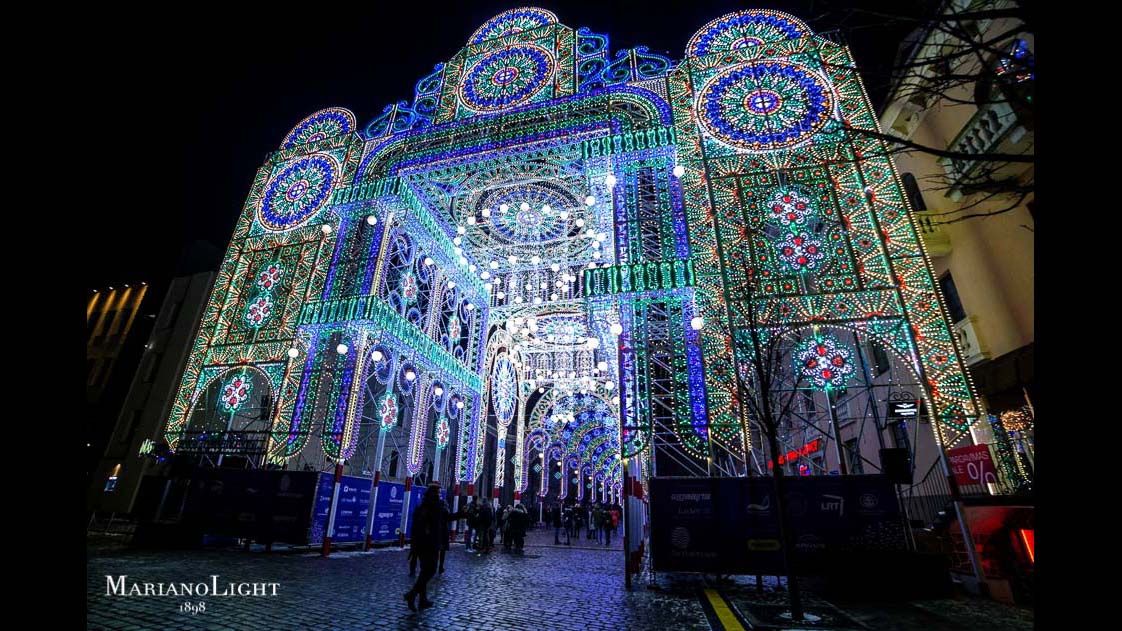 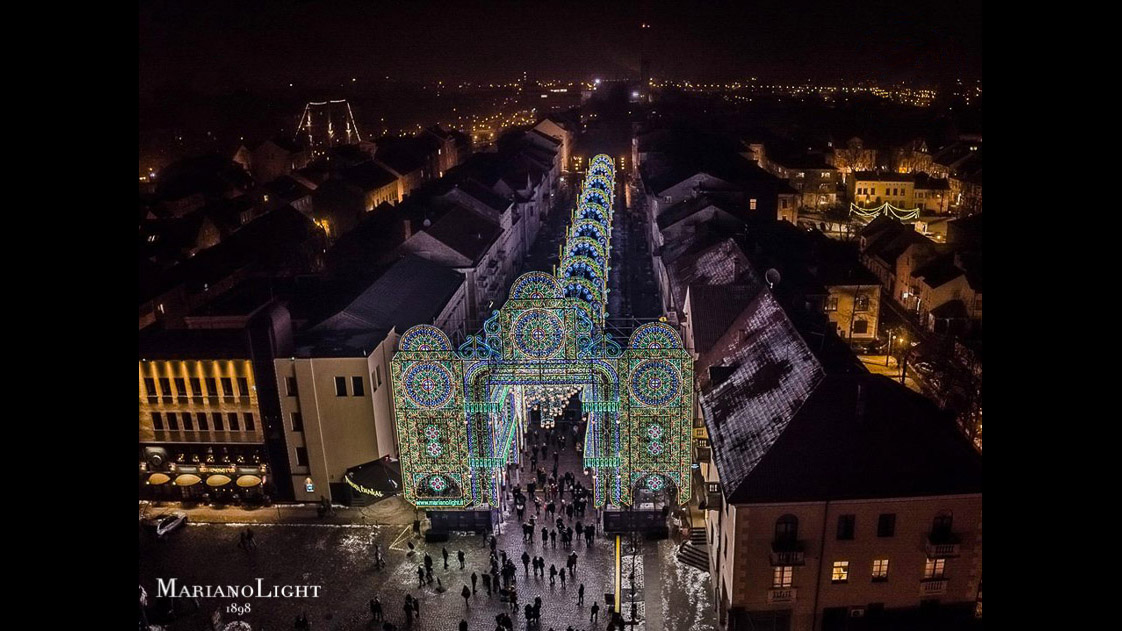 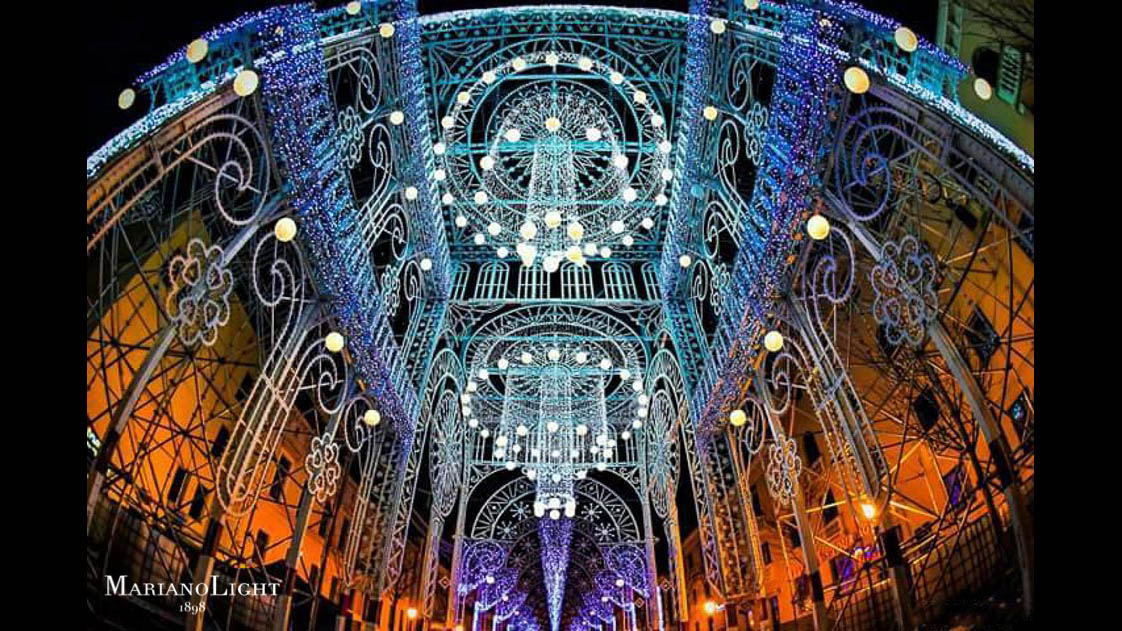 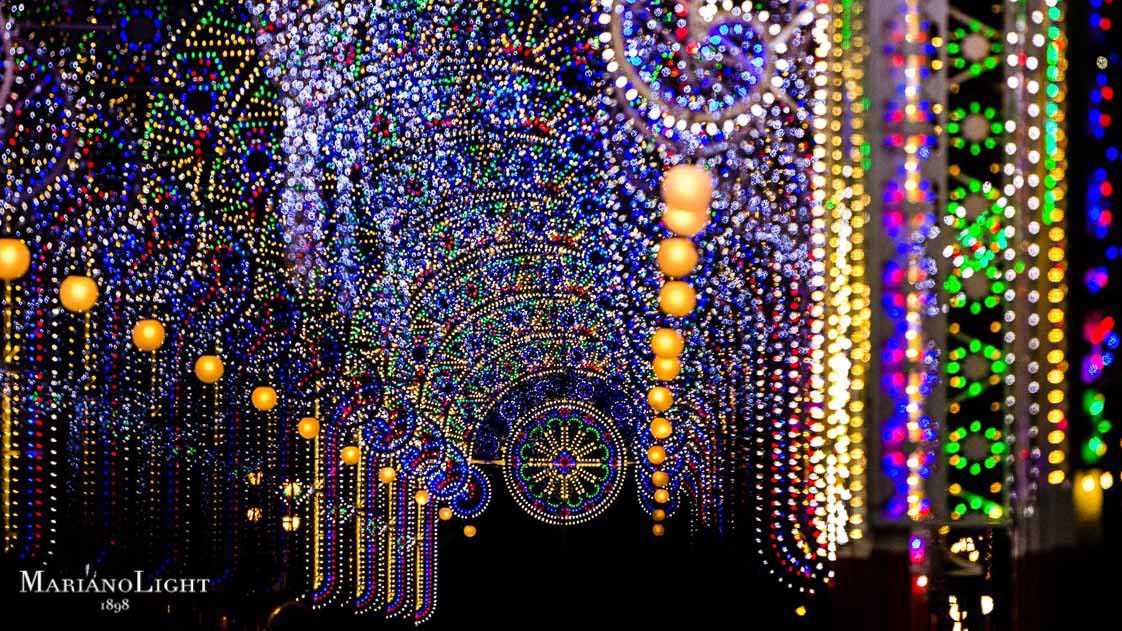 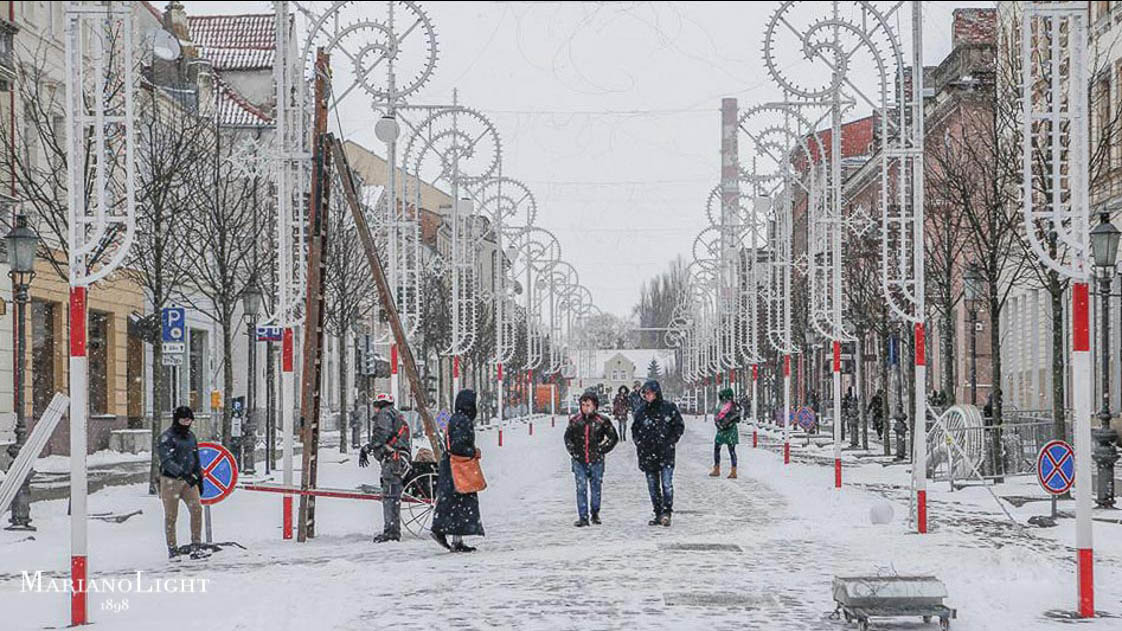 On February 16th, the marvellous luminarie of the centenarian company Marianolight were protagonists of the celebrations in honour of the 100th anniversary of the independence of Lithuania, and one hundred of the most precious bells played alltogether throughout the Country to officially celebrate the event.
In the city of Klaipeda, the only Lithuanian port on the Baltic Sea, despite the snow and the glacial temperatures, the technicians of Marianolight installed the project ‘Gate of Century’, the main attraction of the Festival (from 14 to 18 February).
These ‘wooden frames embroidered with small light bulbs’ aroused the curiosity and interest of the local population, they were a total novelty for them. These light sculptures had been chosen for their ability to create ‘feast’ and joy with their colours and music. The ‘Gate of Centuries’ was illuminated with special light effects on the rhythm of typical Lithuanian melodies. It was a great effort for our technicians to work at these latitudes and be ready for the inauguration despite the bitter cold and the snow, but everything was made ready and the response of the public very positive.