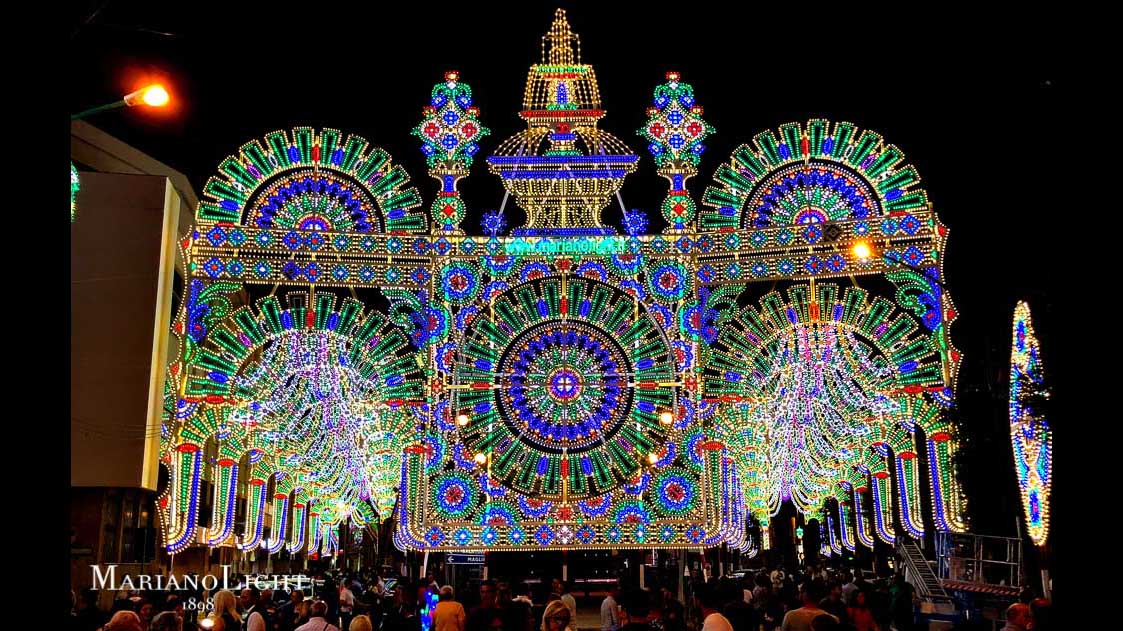 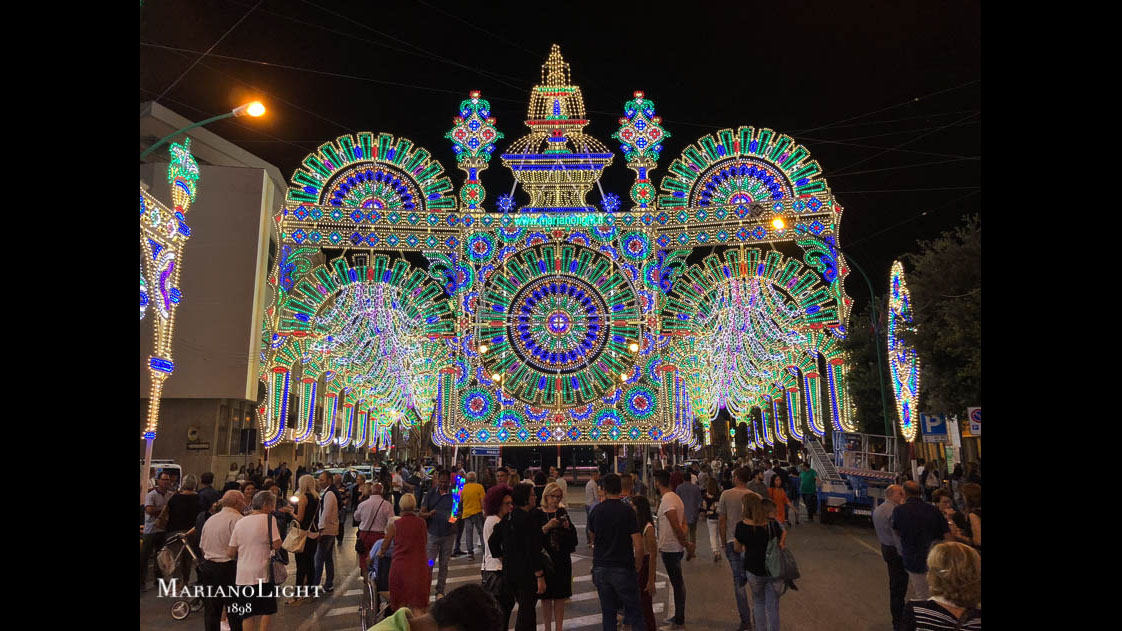 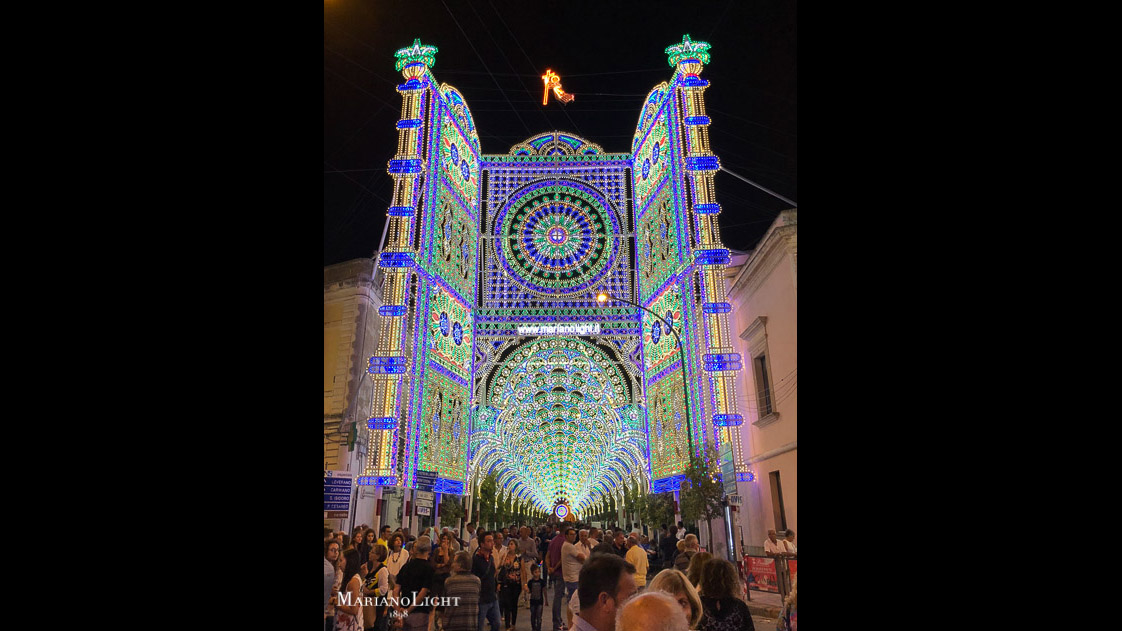 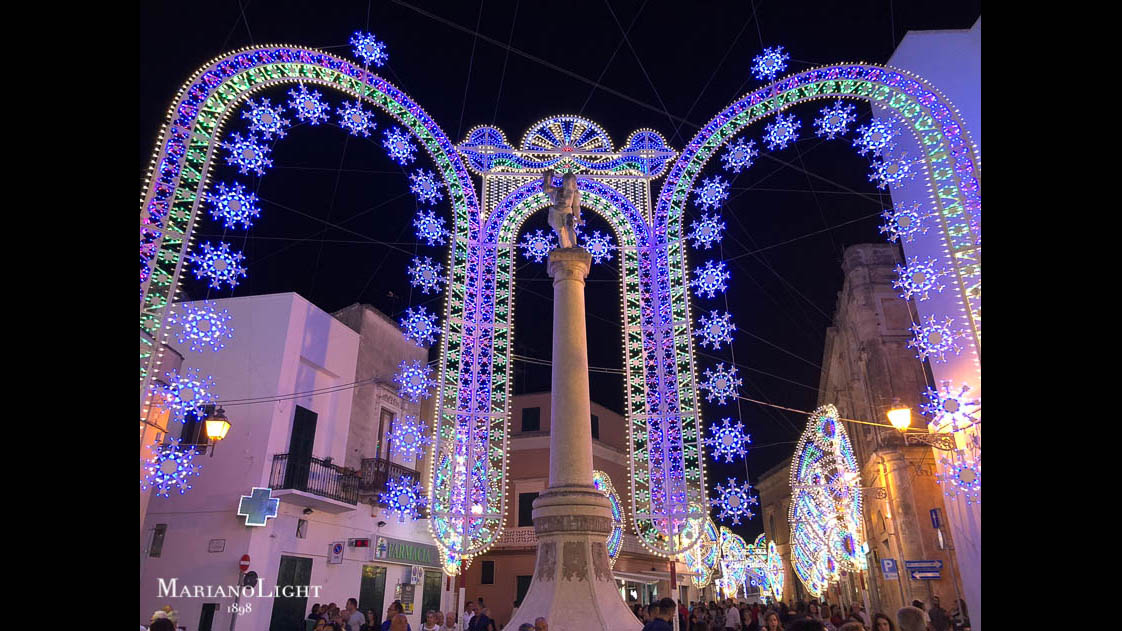 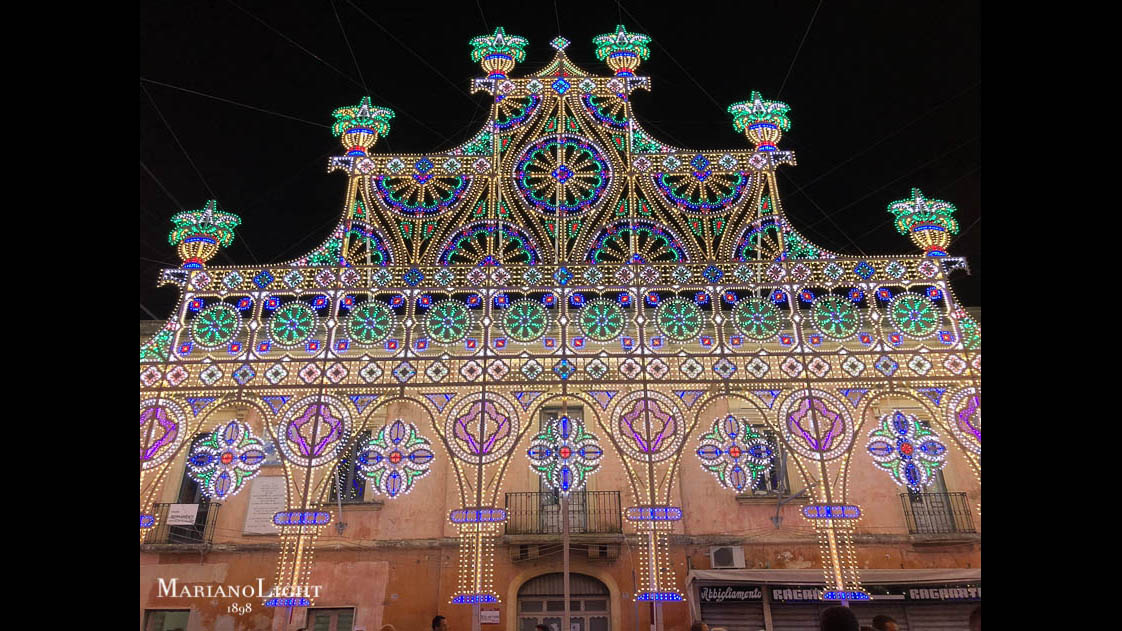 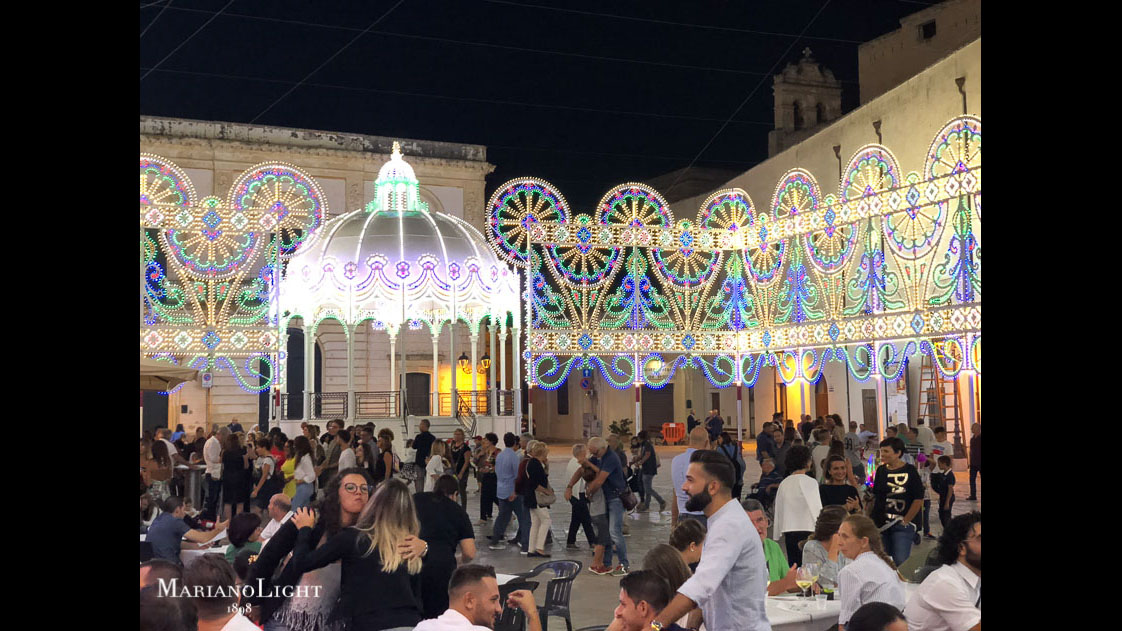 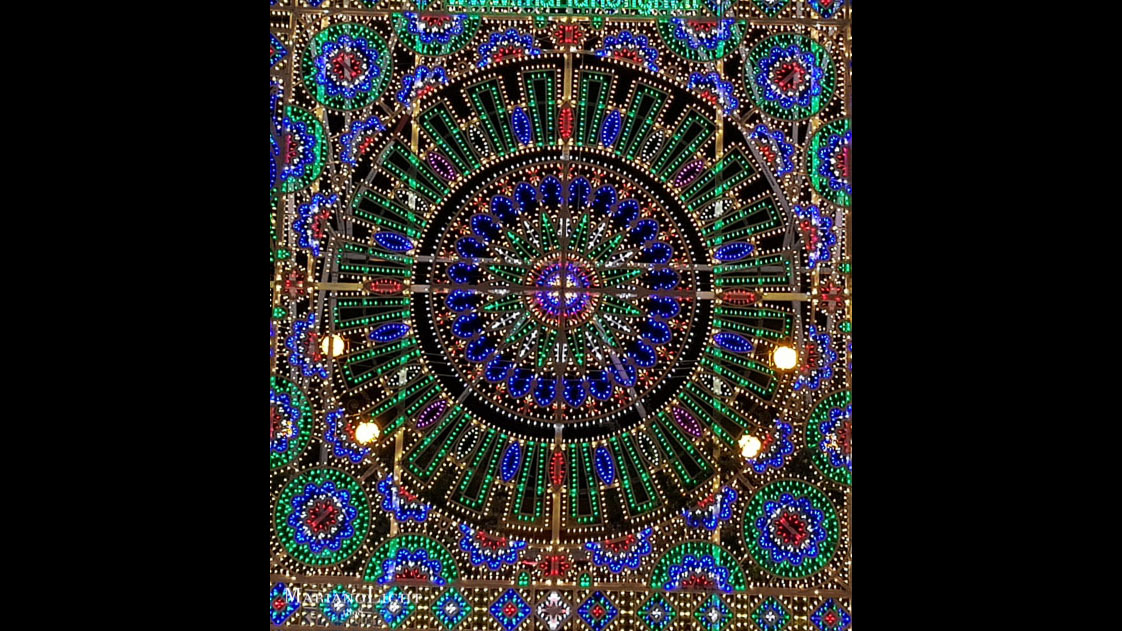 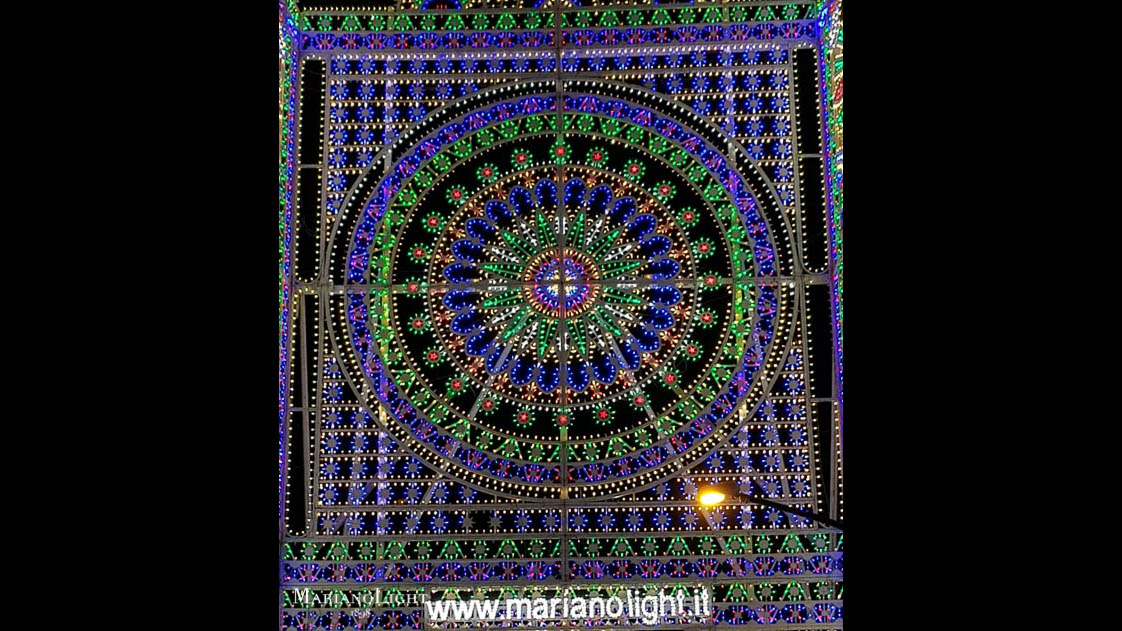 In the Catholic devotion, St. Joseph of Cupertino is called the saint of flights, because of the levitation that according to the chronicles of the time he would have done in a state of ecstasy. And his effigy is high in the sky, almost in flight, at the center of our traditional Salento lighting.