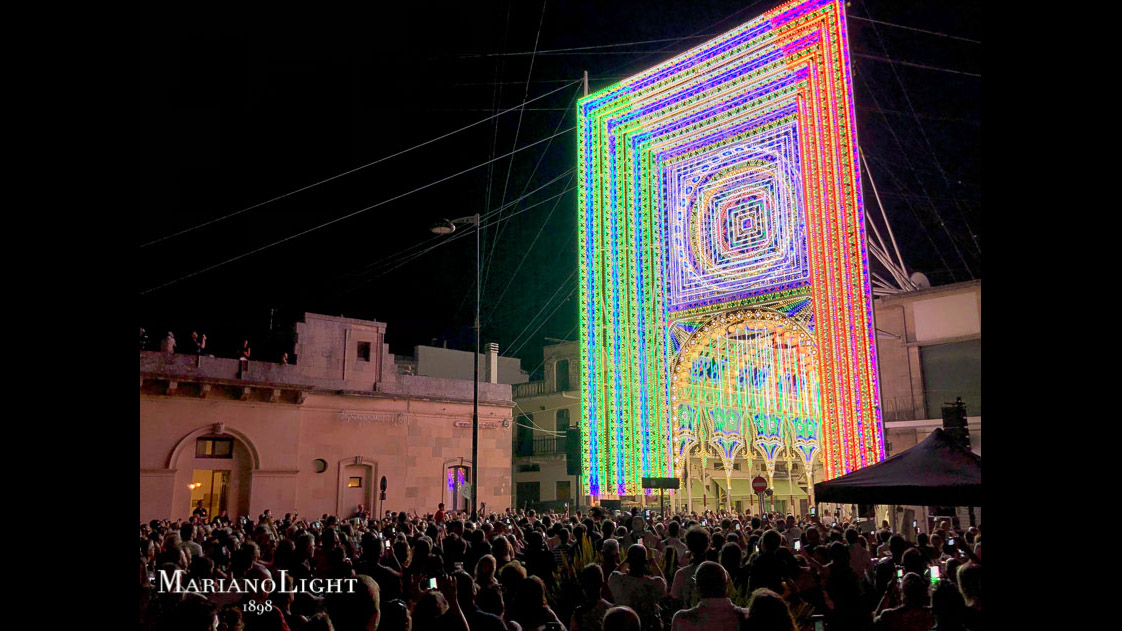 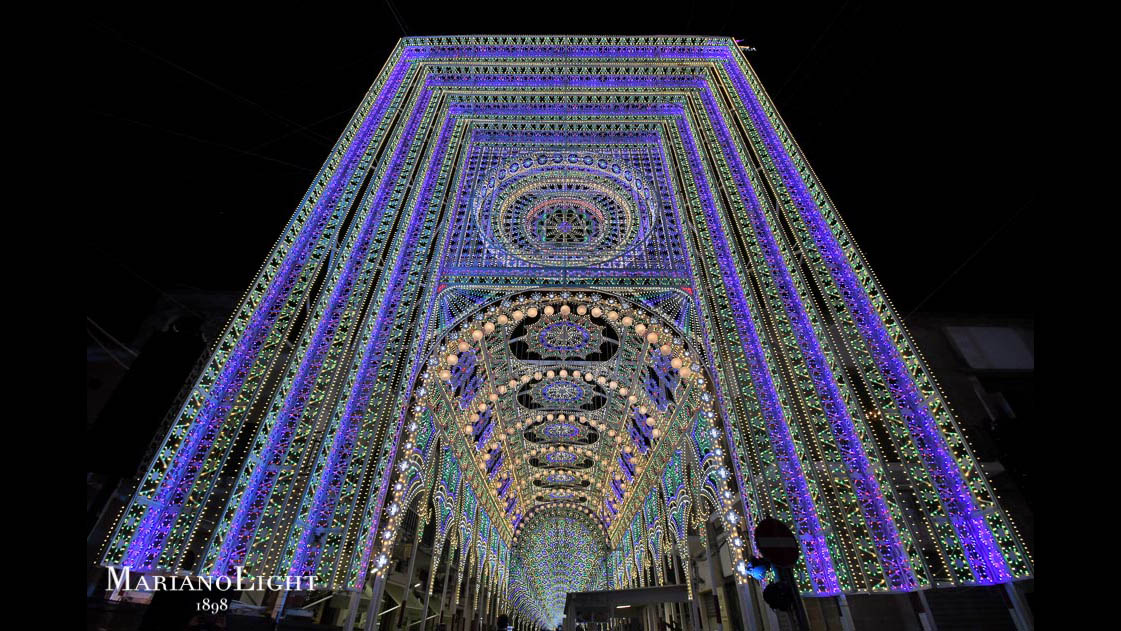 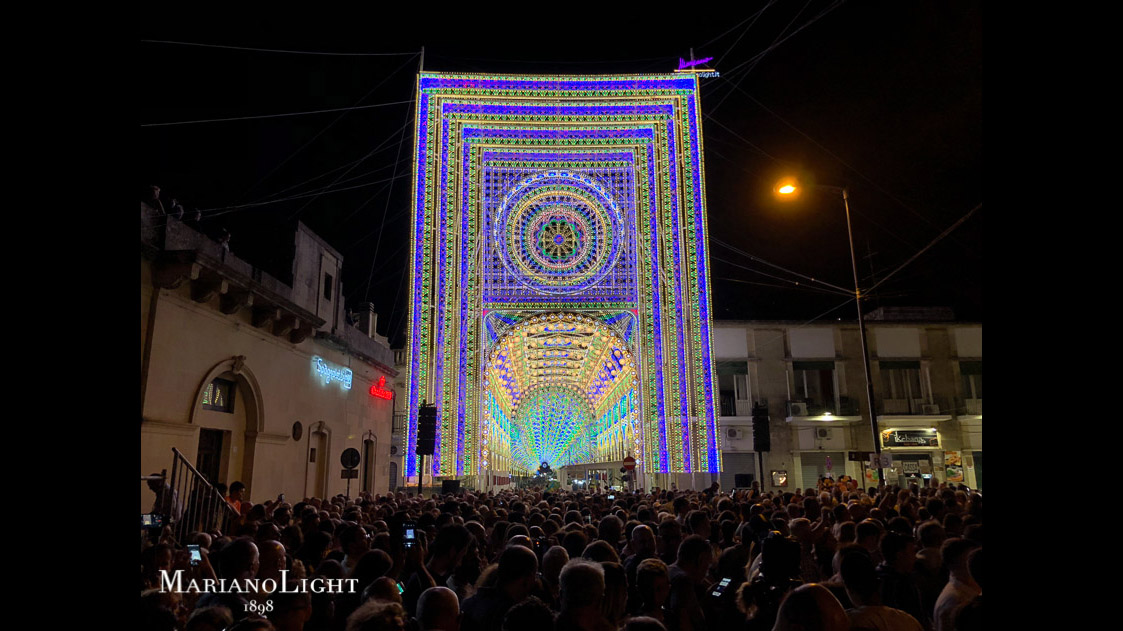 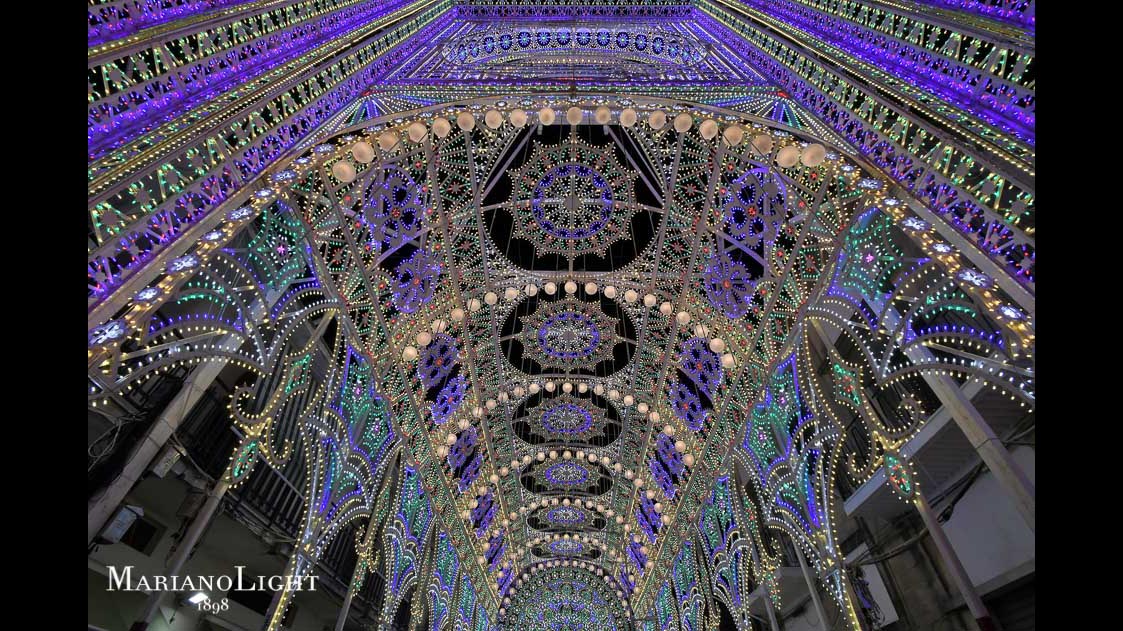 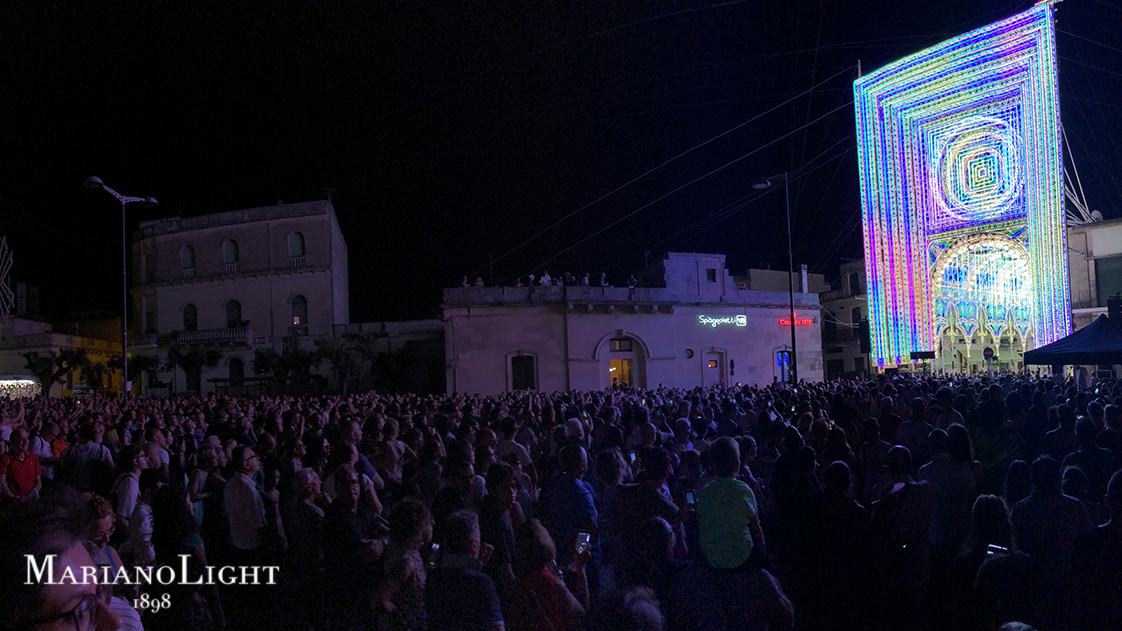 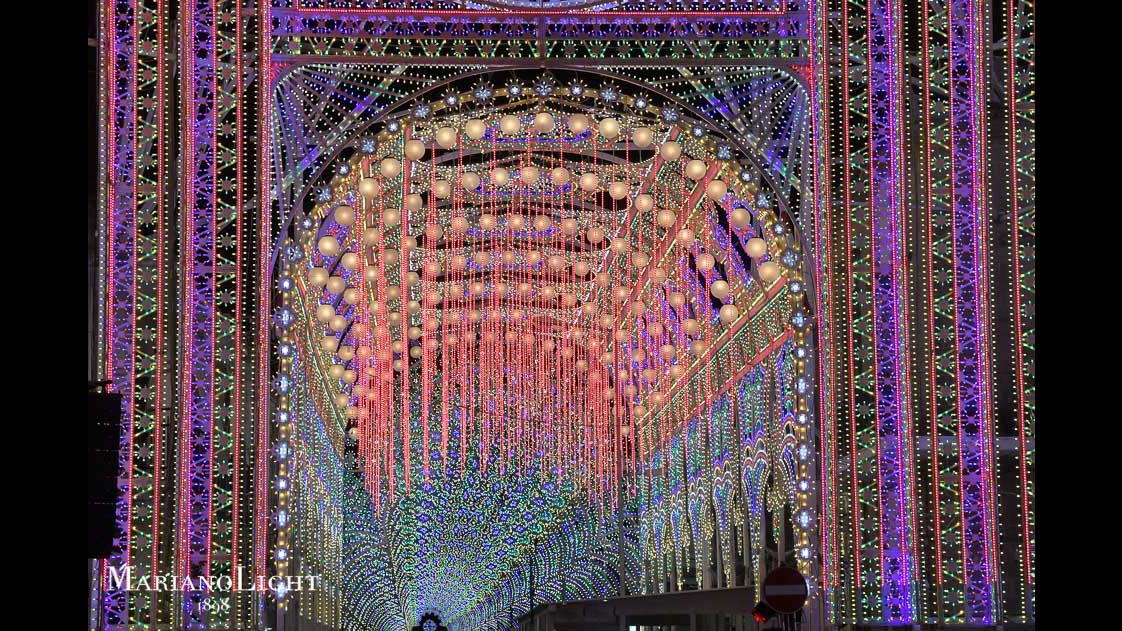 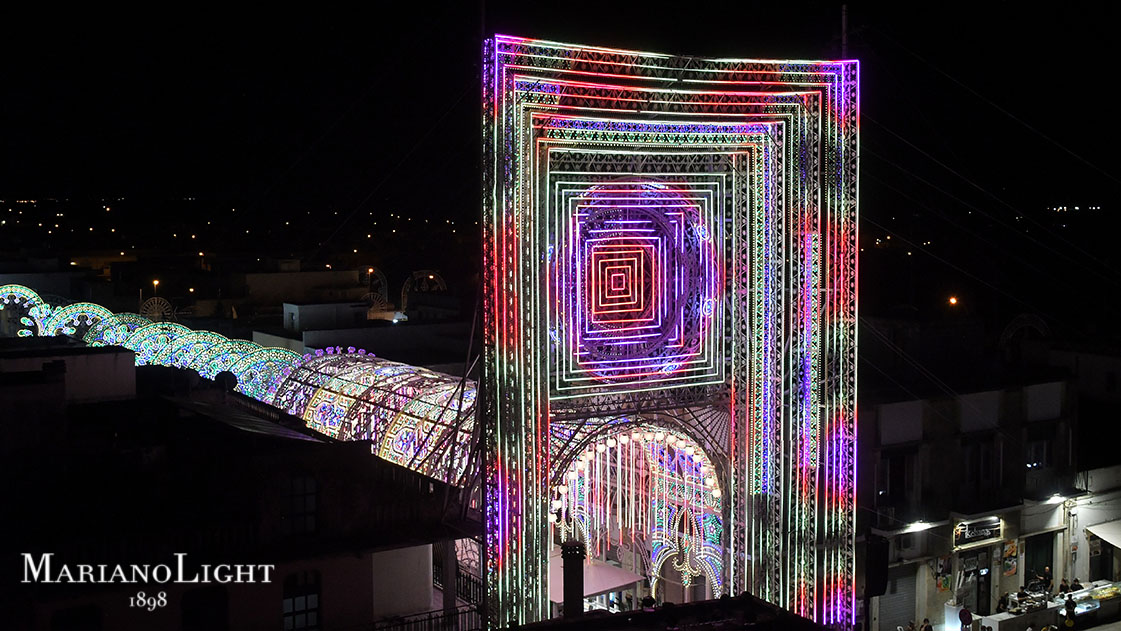 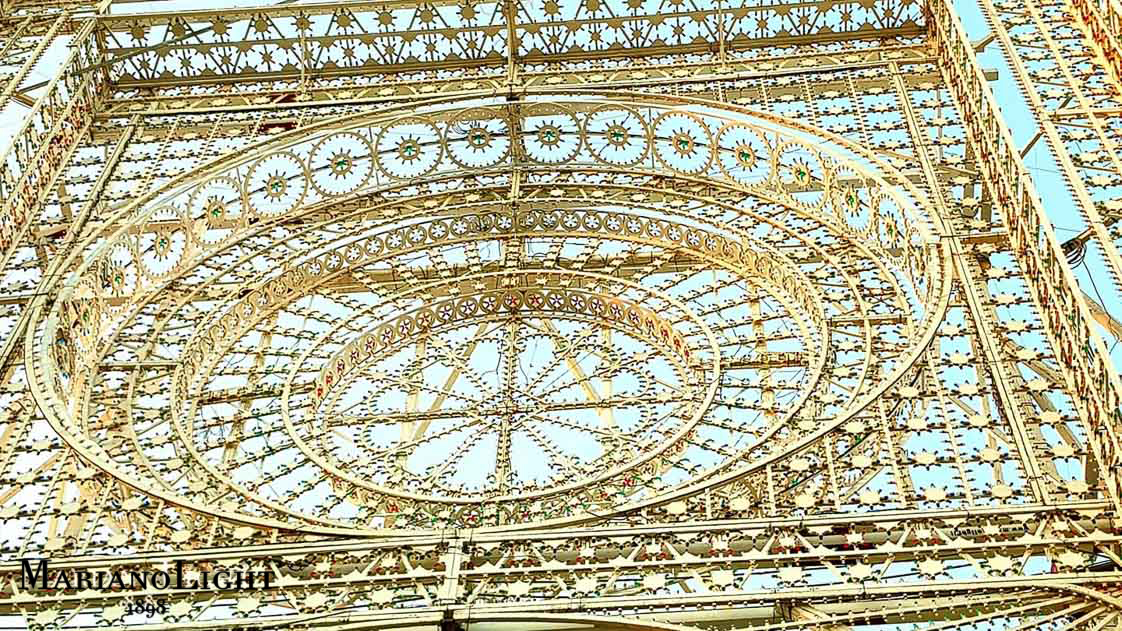 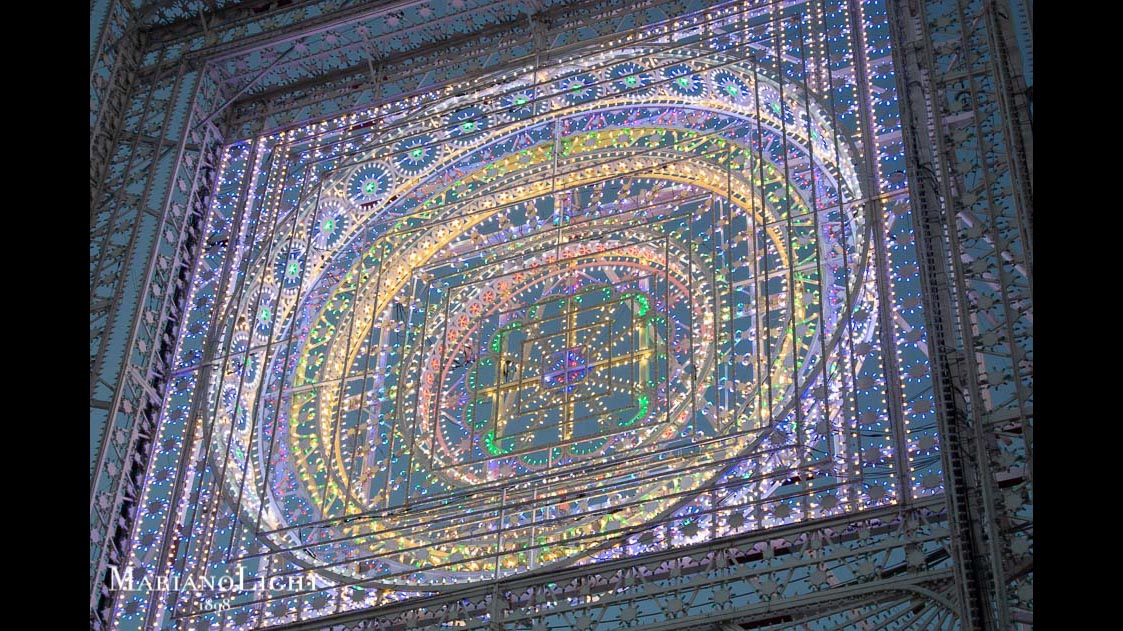 It just happened 10 years ago.
There weren’t the LED lights but the incandescent ones.
There wasn’t a computer for programming the lights.
but someone who ordered the switches to be turned on or off
And the music, the magic of a song sung by a great tenor…

It’s only been 10 years
Ever since the party was essential to the presence of the band.
Stealing the words of a great friend of ours:

Strange the Band
there are people who don’t fear the rain or the scorching sun,
willing to travel hundreds of miles at night, first by bus, to reach the village in celebration
and then on foot, along the streets of the same village,
willing to sleep in gyms or in the long corridors of schools closed for the holidays…
Who is part of the band is perhaps an unconscious but animated by a great passion!
The band … b-treated, snubbed, increasingly deprived of his home par excellence, the Cassarmonica.

The band’s holding out!

With the loud and decisive melodies that announce the party
“or with the gentle sound that accompanies the procession of the saint.

WITHOUT THE BAND, THERE IS NO FESTIVAL.

Marianolight takes you on a journey to the past, a return to the origins, to the TRADITION OF THE FEAST,
with a classic installation, inspired by our beautiful Baroque
but with the modernity of the wonderful light shows
and with the melodies played by the Band,
sounds that have accompanied us and will accompany us in all our Festivities.