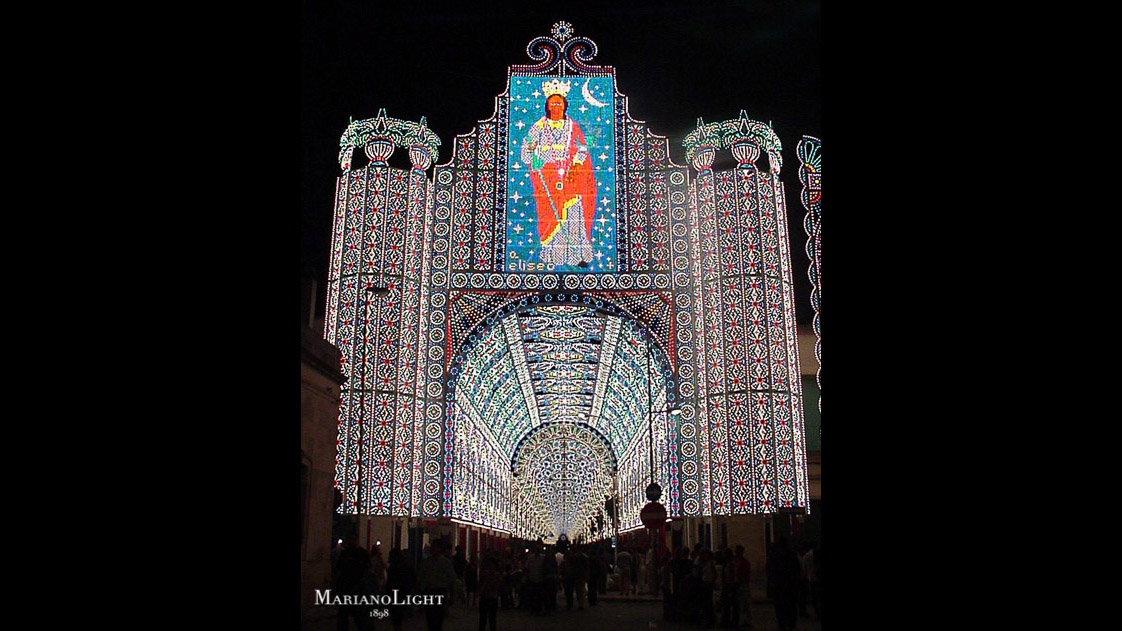 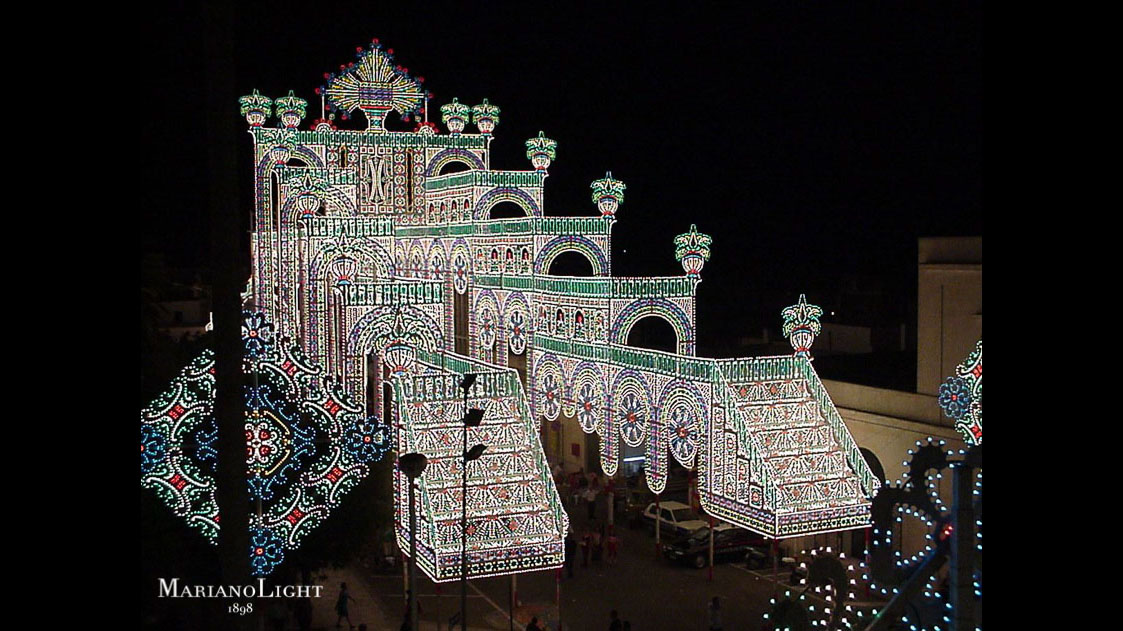 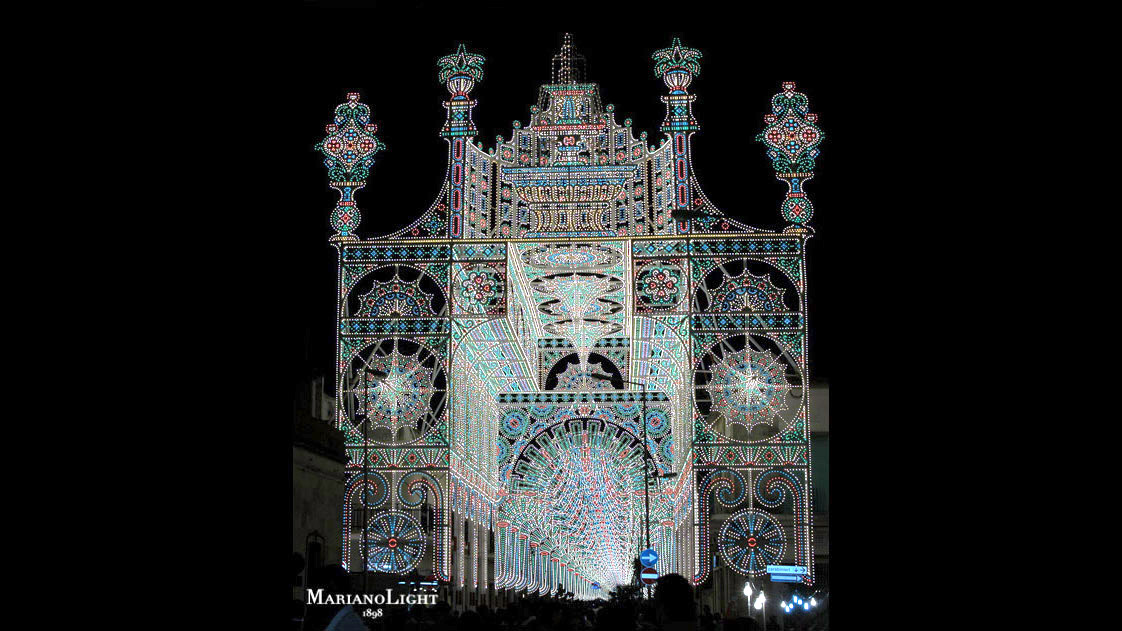 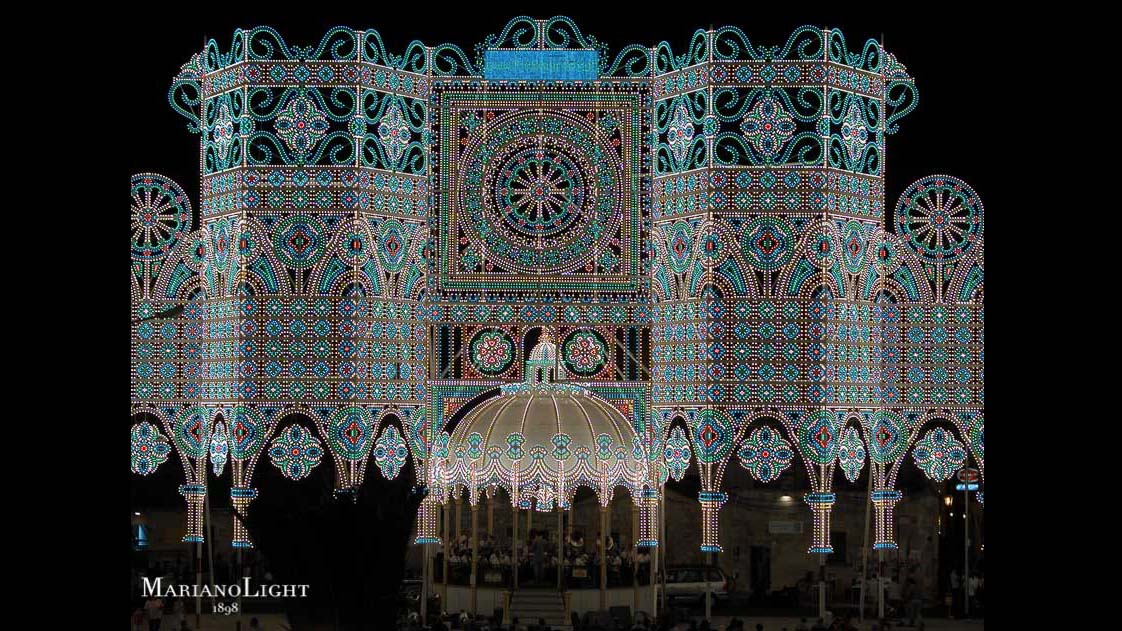 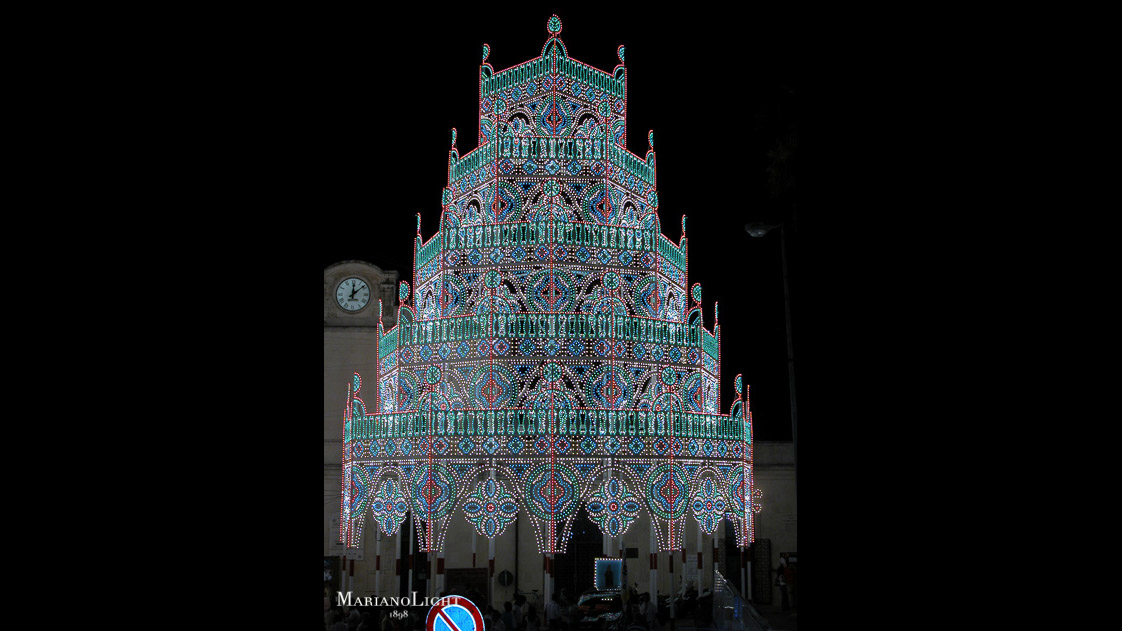 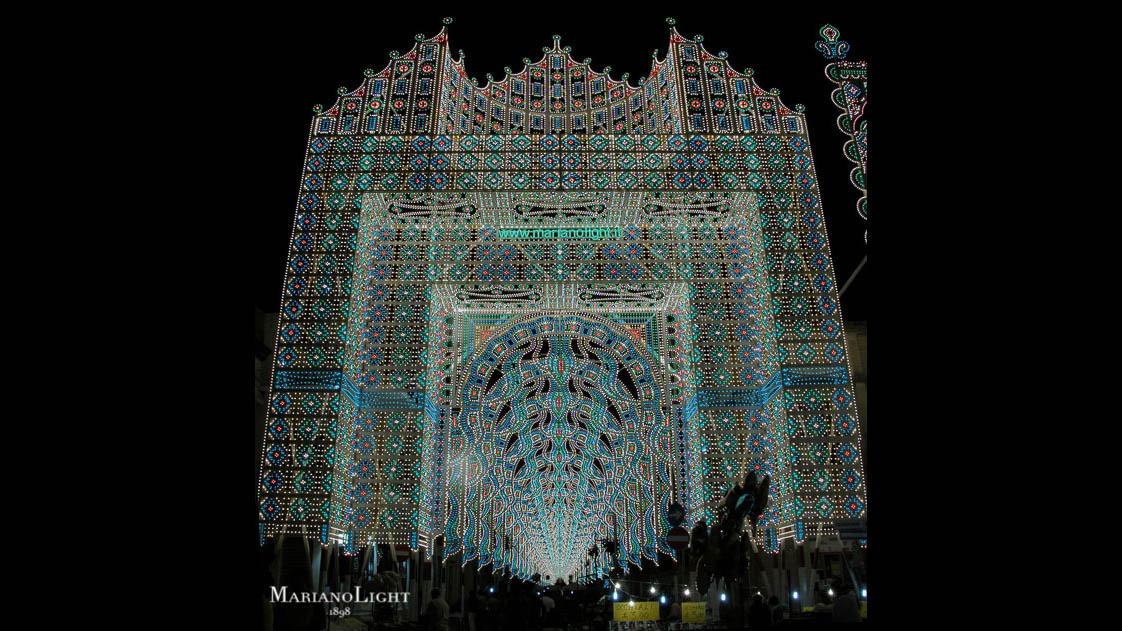 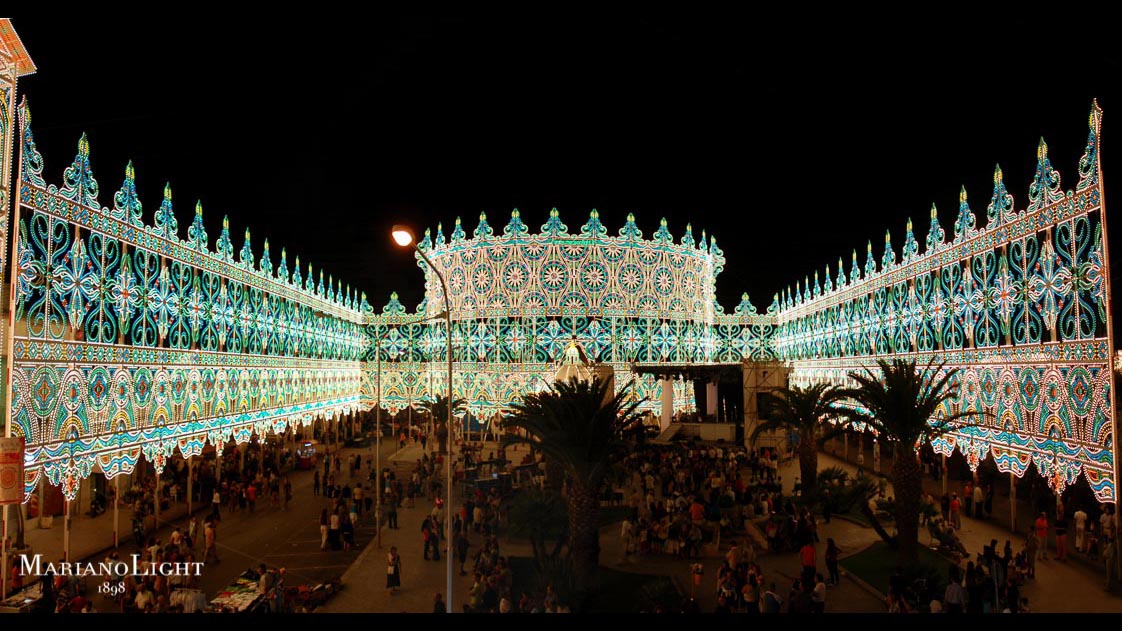 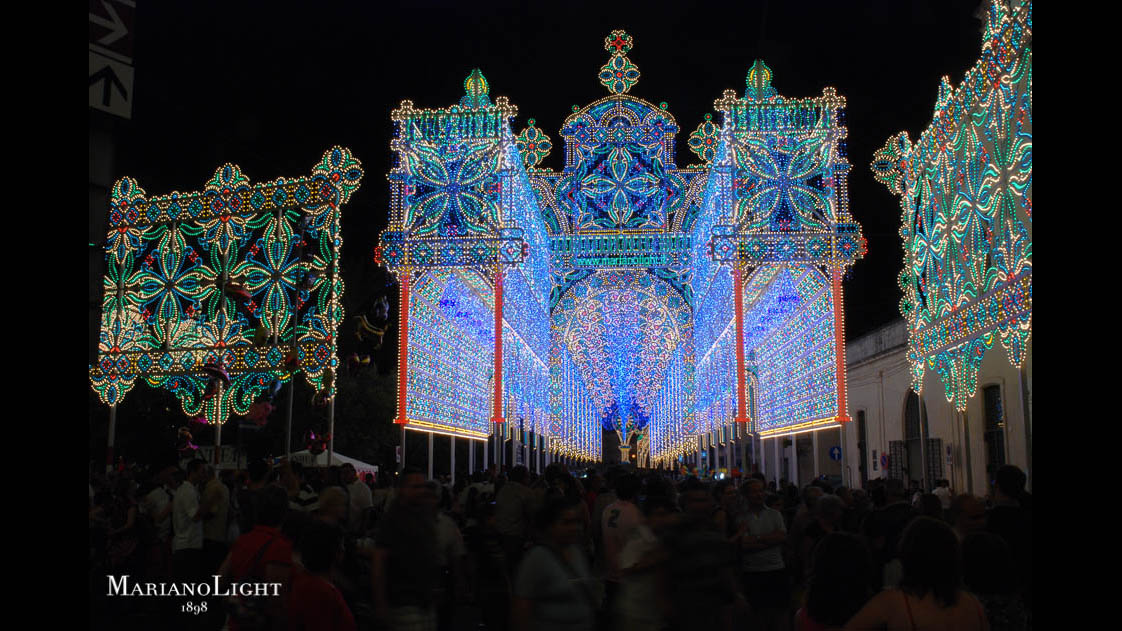 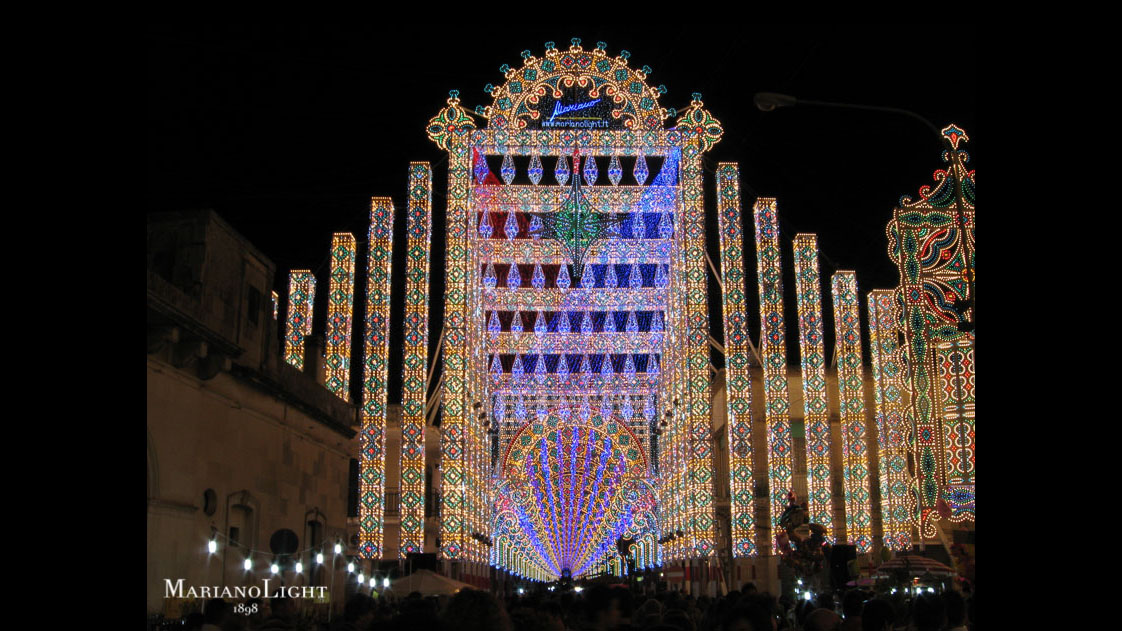 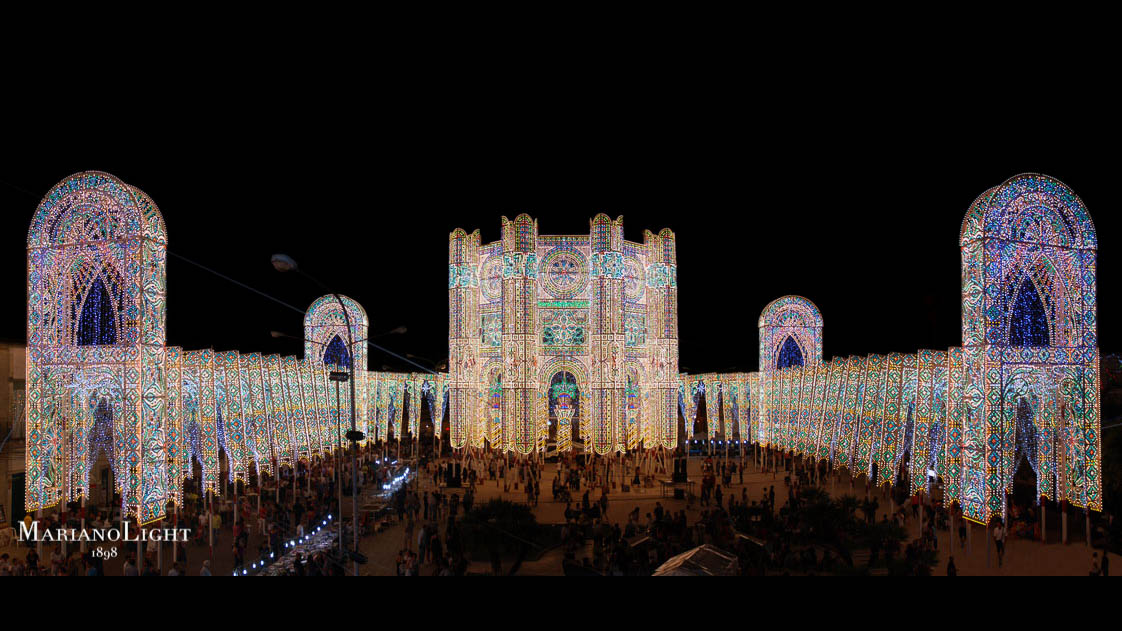 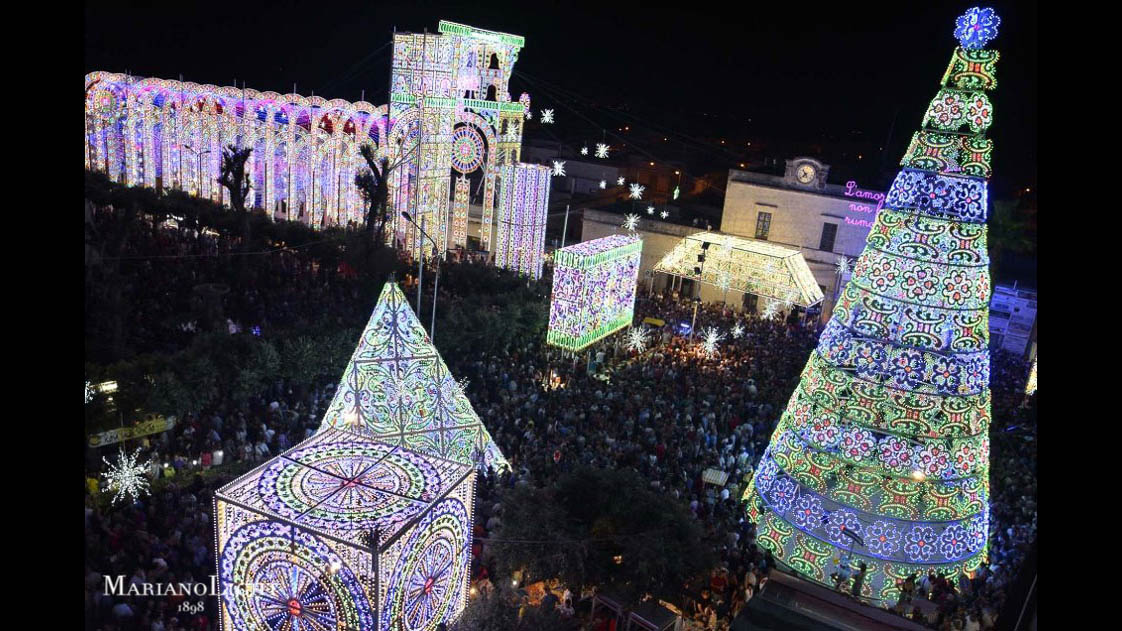 Every year in Scorrano (Lecce), from July 5, in honour of Santa Domenica , a big show of Luminarie takes place. Majestic sculptures of light illuminate the center of the town of Salento that is visited by thousands of tourists and curious people for several days. In this page you can see all our luminarie projects from year 2000 to 2012.