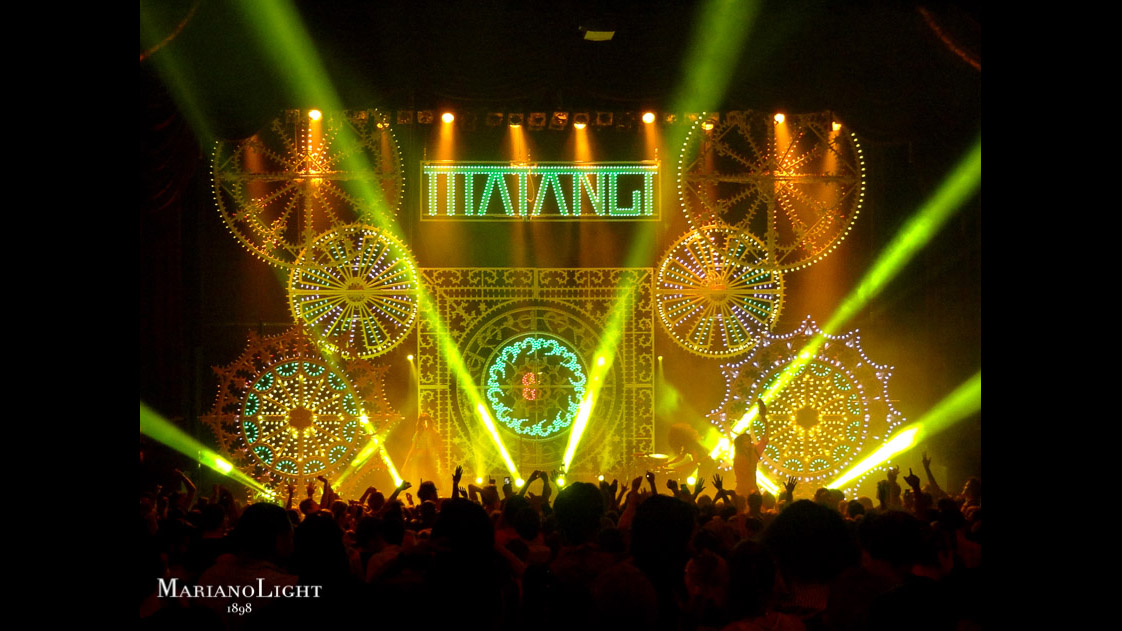 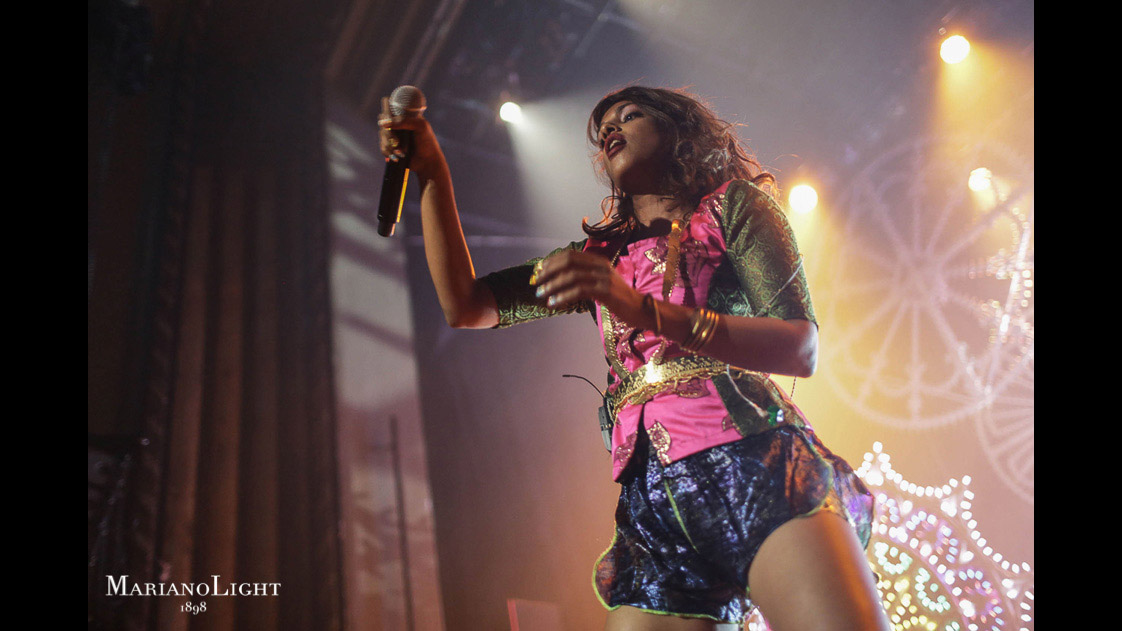 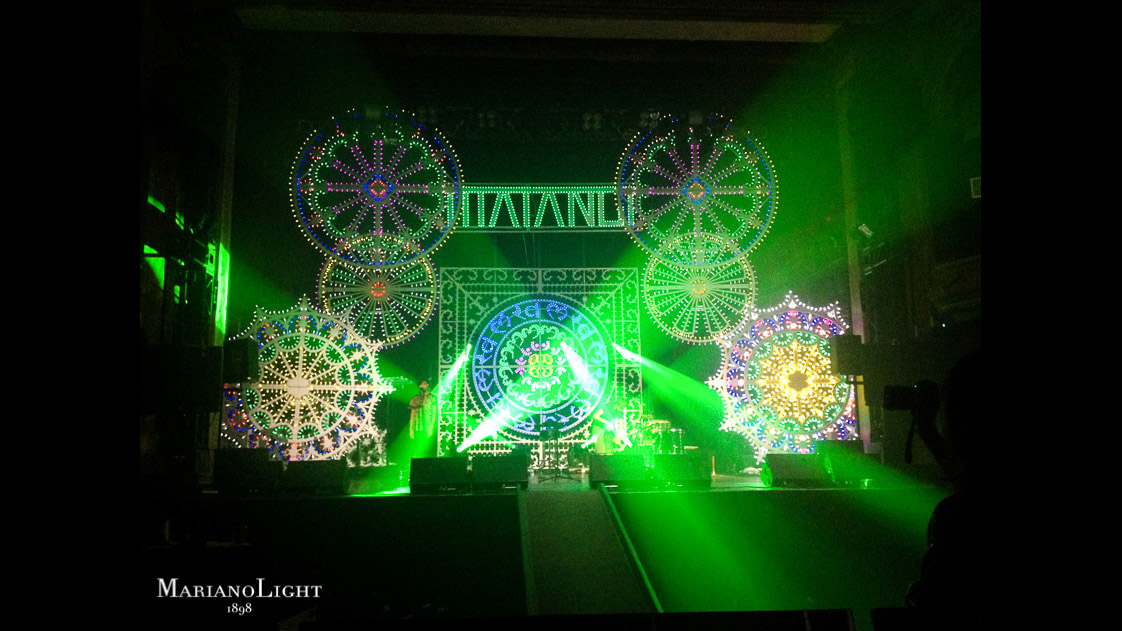 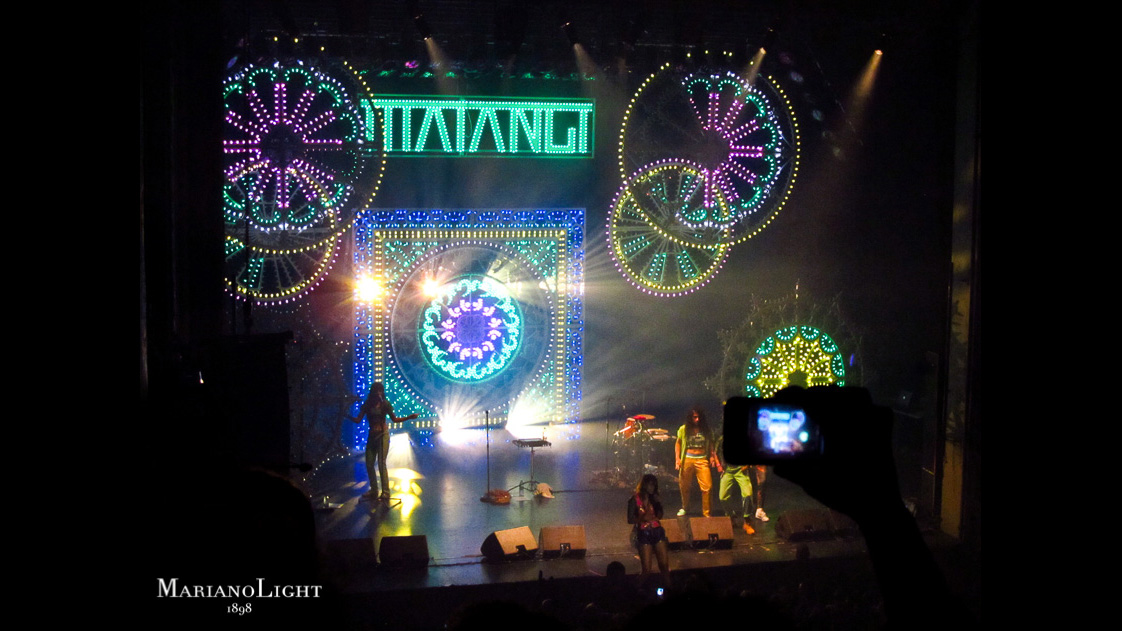 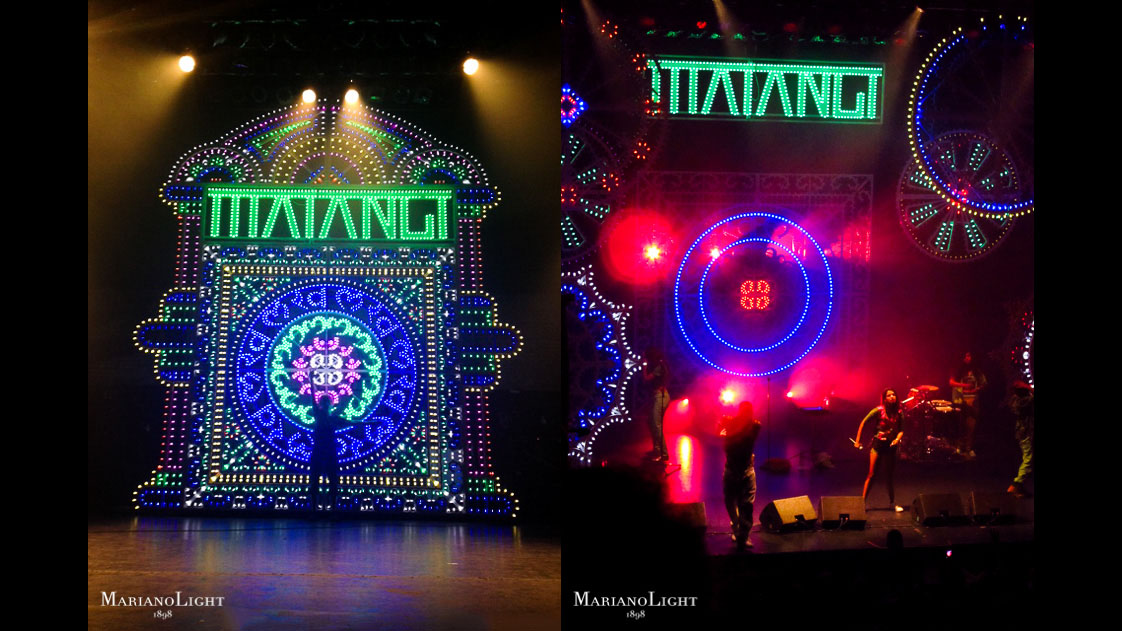 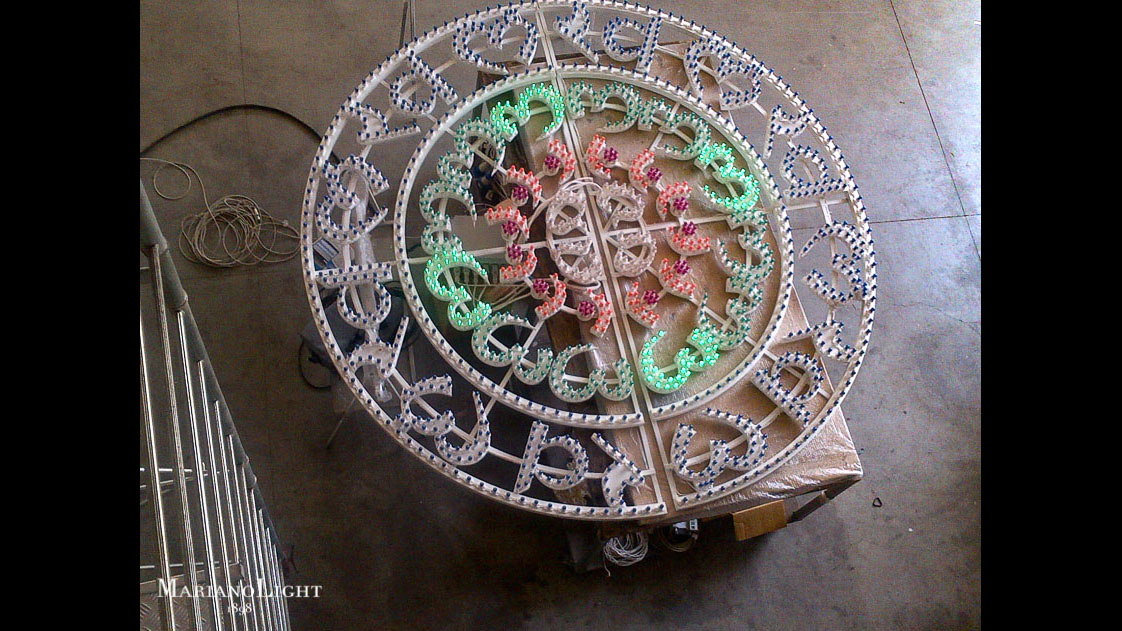 Mathangi “Maya” Arulpragasam, known by her stage name M.I.A., is a British singer and writer, of Tamil origin; her style blends elements of hip hop, reggae, dance hall, electronic, funk and reggaeton…
Now she’s on tour in the world and her stage set is a realization ad hoc by Marianolight. The stage set is a traditional Luminaria, made by white painted wood: a Temple with a central Rosette surrounded by six other different Rosettes (our symbol!). Their lights play hundreds of futuristic color effects, as required by the singer.

A big project carried out by Marianolight and many famous and demanding professionals around the world. We had worked in team for several months for a great result…spectacular!

Many the challenges won:
– Make some crate set boxes containing the rosettes that were also the supporting structure of the whole scene, they must be assembled and disassembled in no more than 20 minutes;

– Ensure that the technology was ‘universal’ and adaptable to the different electrical systems all around the world where she was going to play her concerts;

– Make ‘invisible’ the electronic devices and static solutions, so that the viewer sees only the lights and the play of light, but not all those devices that make them working!

The singer M.I.A. jumped to the headlines in 2009, when she got an Oscar nomination for the best song for “O …Saya” from the soundtrack of the award winning film “The Millionaire”, and in 2012 she worked with Madonna and recorded the first single Give Me All Your Luvin‘and B-Day Song. She’s part of the ROC NATION, the management agency founded by Jay-Z