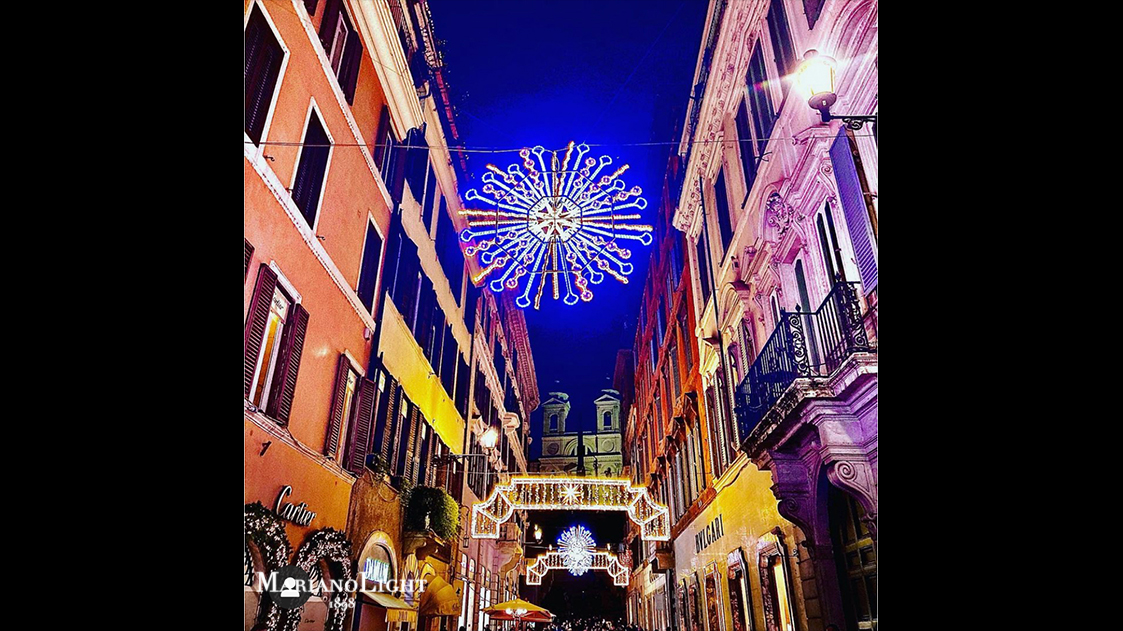 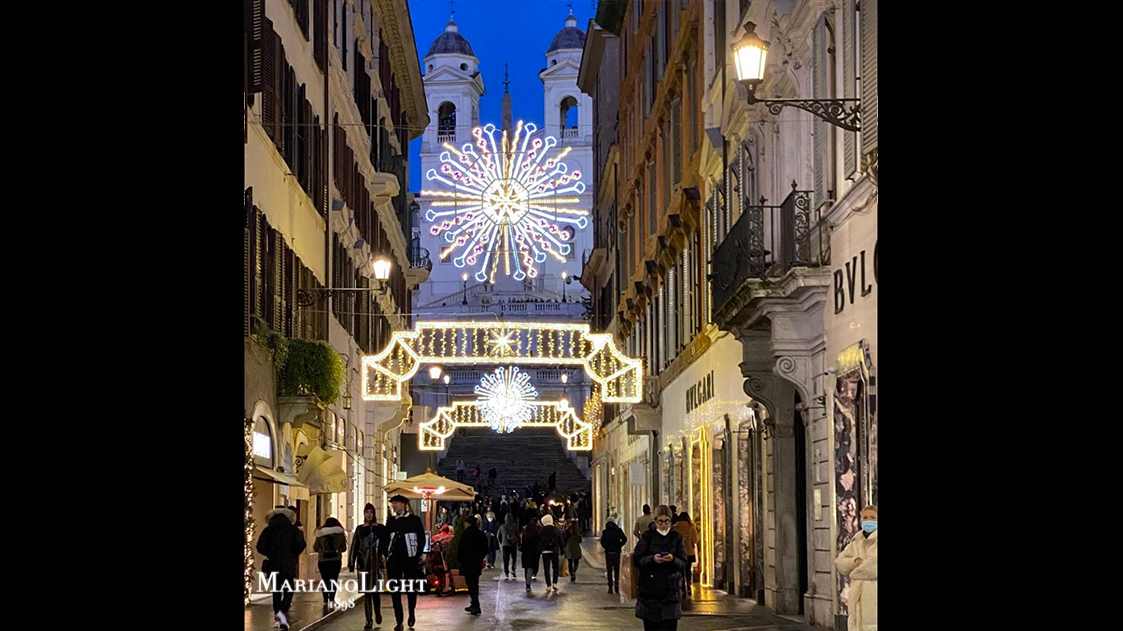 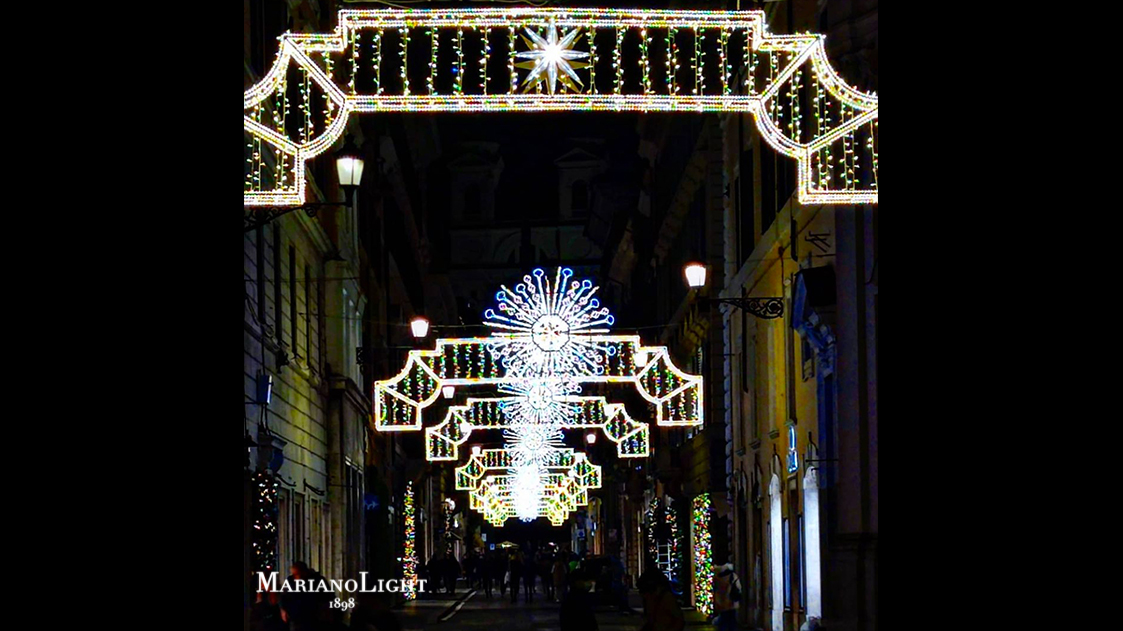 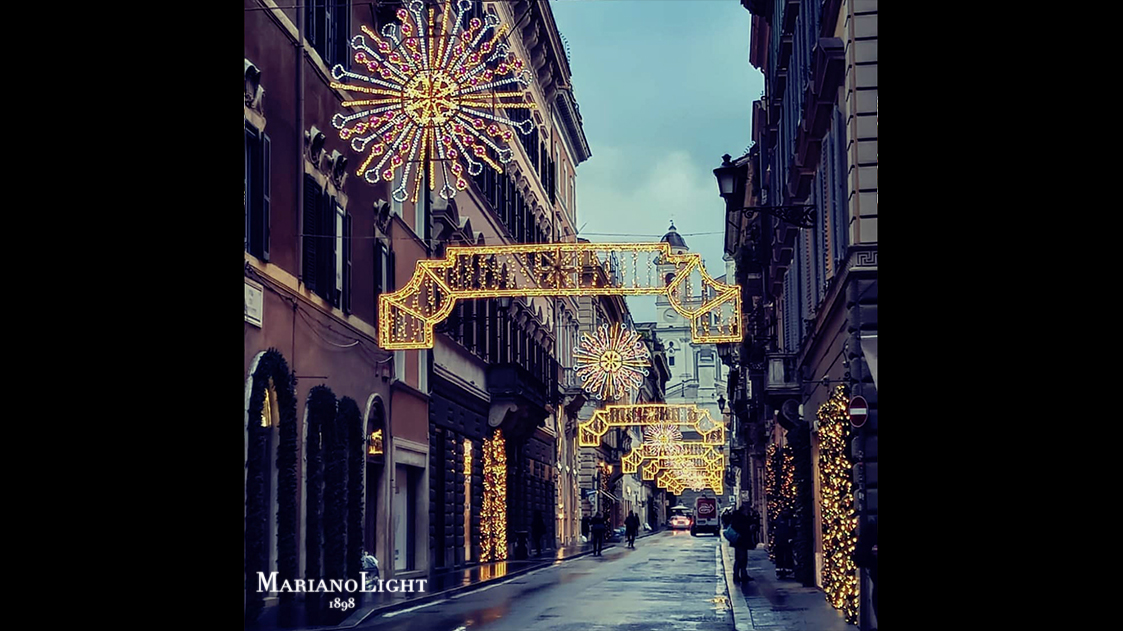 On the 27 November, in the presence of the mayor of Rome Roberto Gualtieri, the Christmas lights were lit on the most important luxury street of the capital of Italy, via Condotti. This year too, the initiative was financed by the Bulgari maison which offers the classic ‘Bulgari Portals’ with stars accompanied by sparkling ‘Fireworks’ elements, all made by Marianolight. The official Band of the Carabinieri officially started Christmas in Rome.