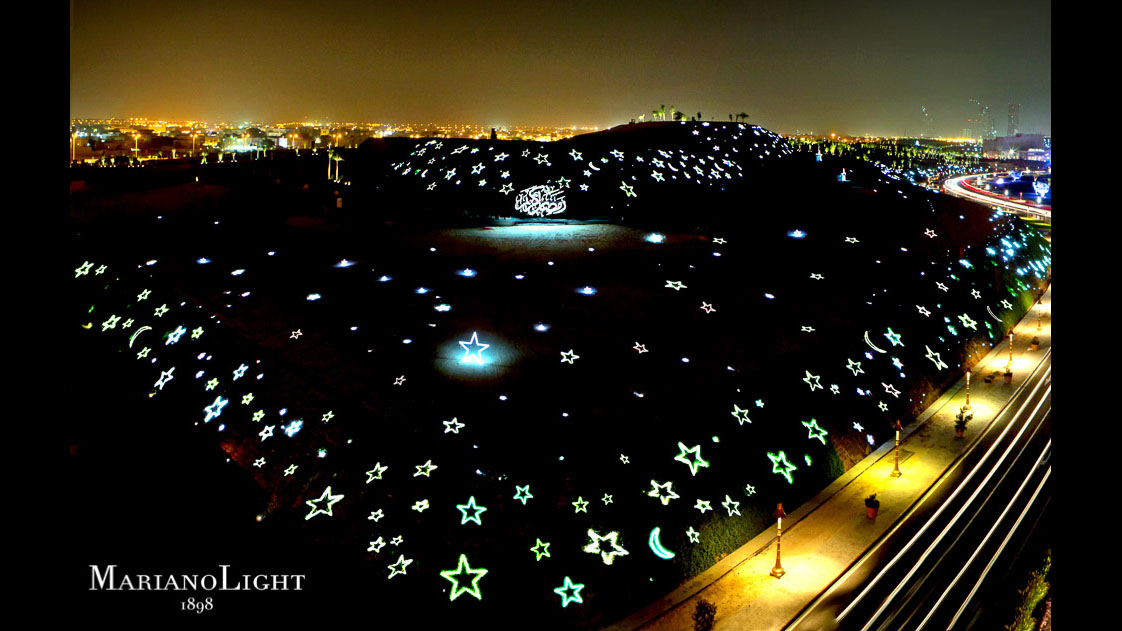 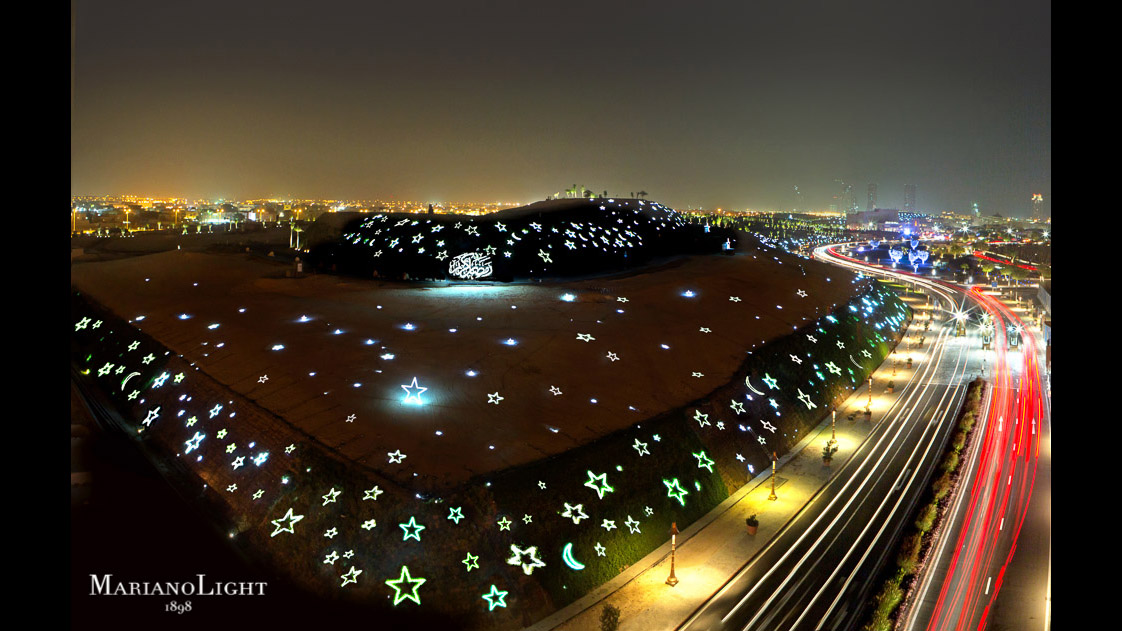 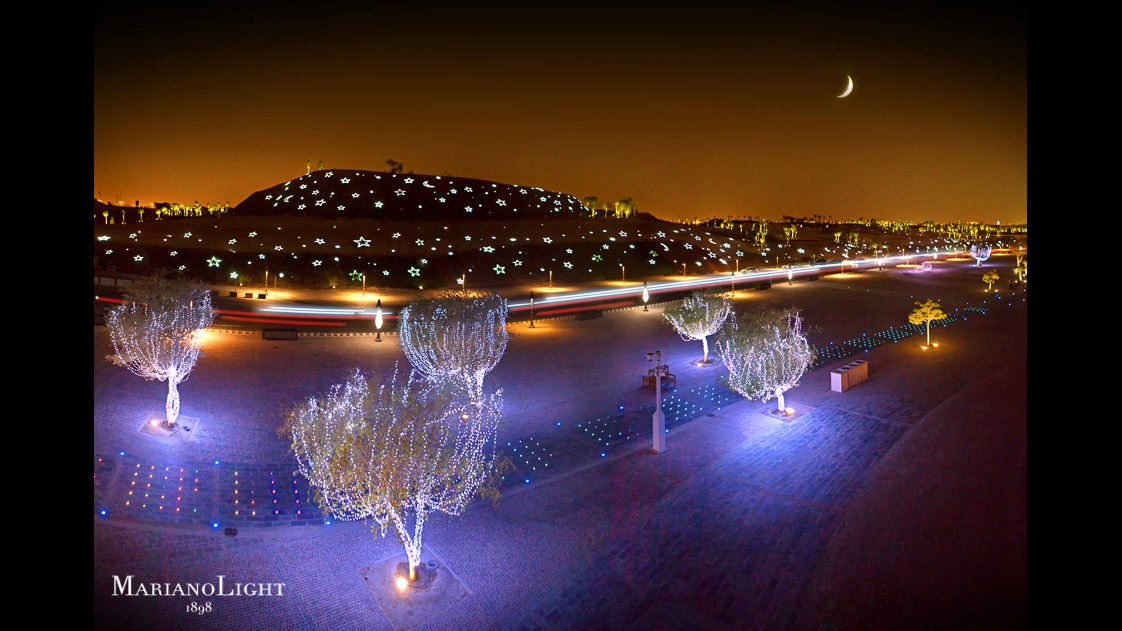 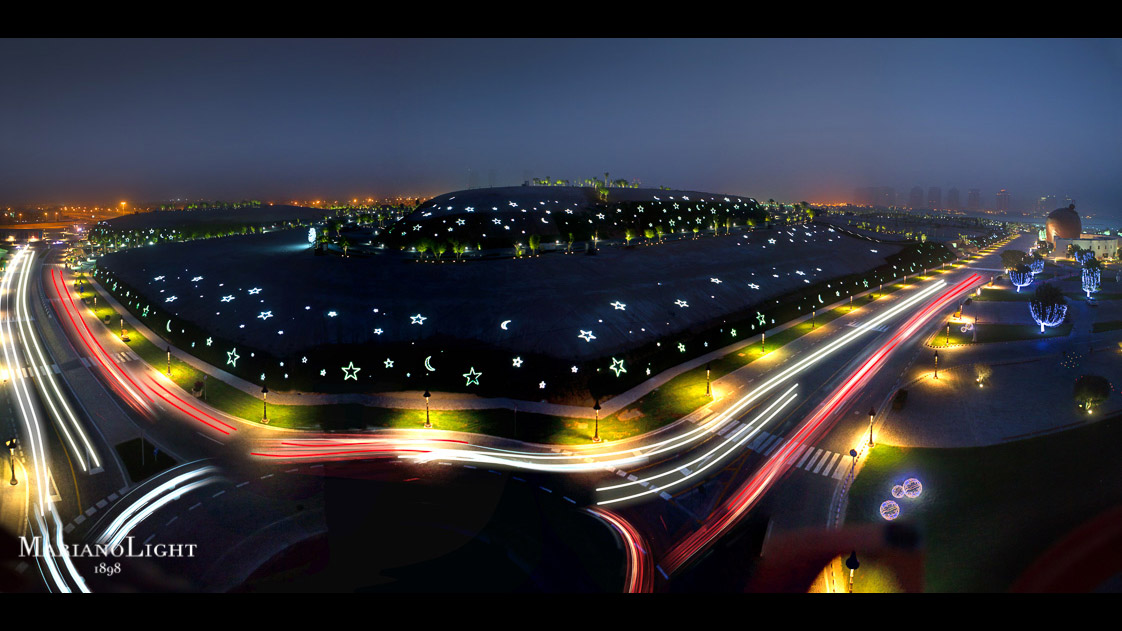 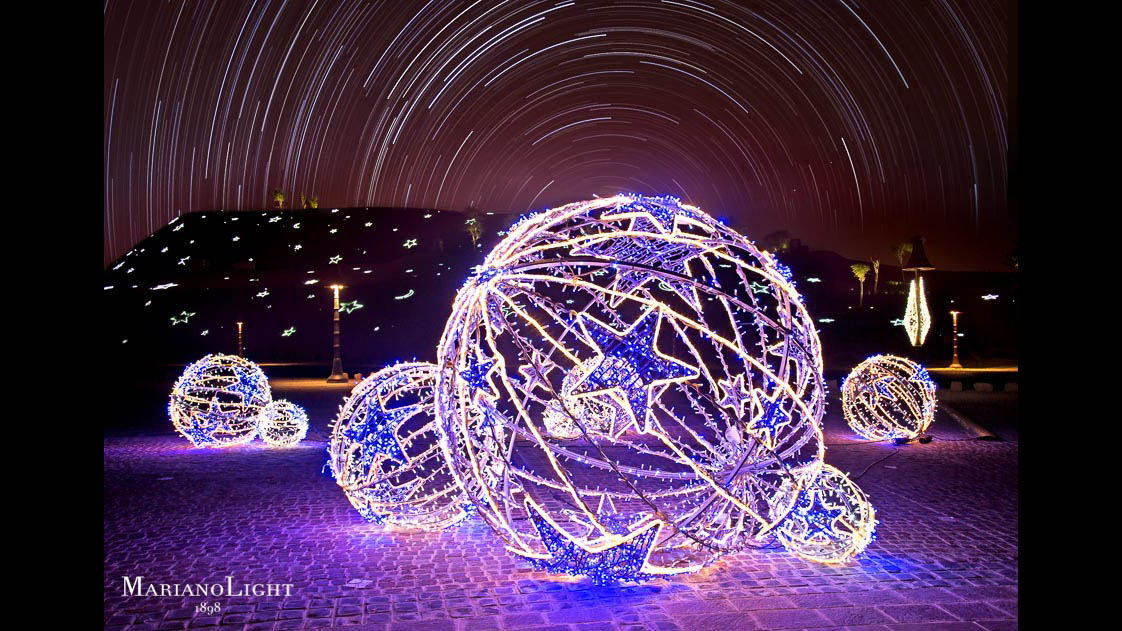 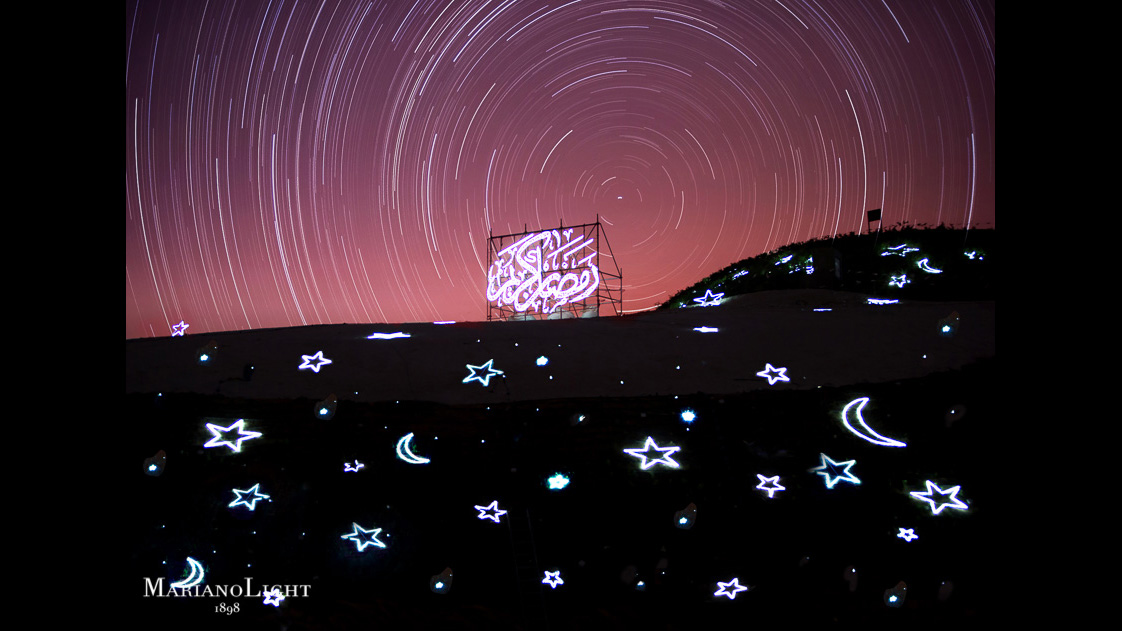 Marianolight Luminarie have been lighting the traditional Christian “Feste” of the Saint Patron for many years. This year the Luminarie are also lighting the Ramadan, the Muslim faith, in this way they become a common symbol for many religious faiths.
“Ramadan Kareem”(May Allah make your Ramadan period generous) is the greeting’s message written in Arabic which is going to light up Doha during the Ramadan.
9 big “Calligraphies” produced by Marianolight will be installed on the Capital’s hills.
It’s an unprecedented project, an ideal path of “starry sky” composed by 14,000 stars and moons of various sizes and more than 20,000 flash lamps lying on the hills, hundreds of “3D diamonds”, lit by the specific colors chosen by the light designers of the Sheikh, and trees lit by thousands of micro-lights LEDs along the streets.