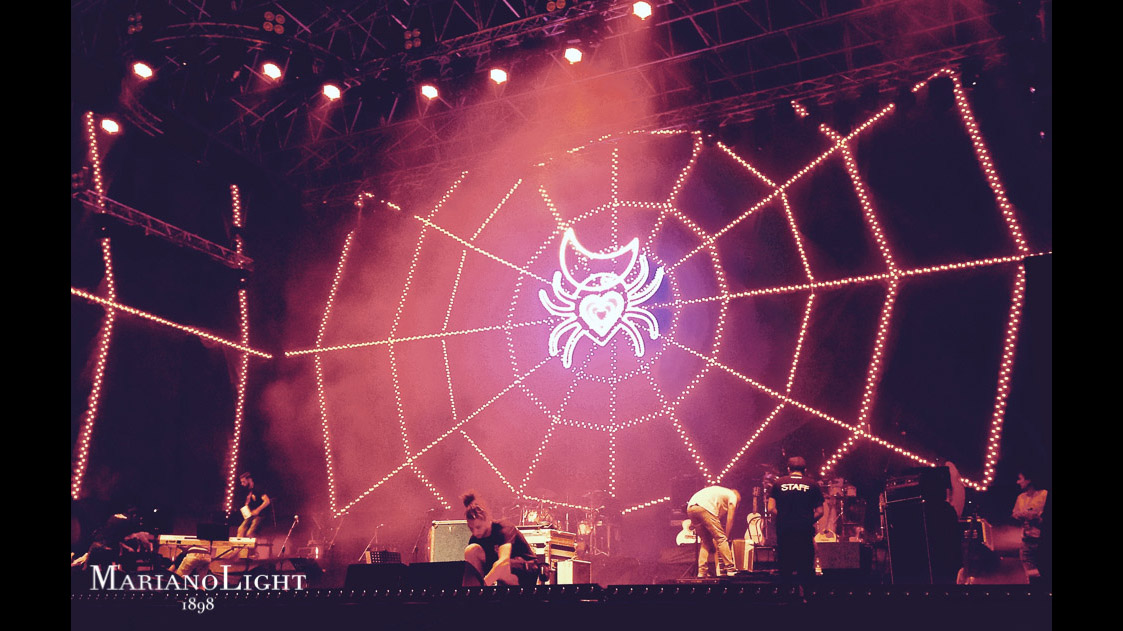 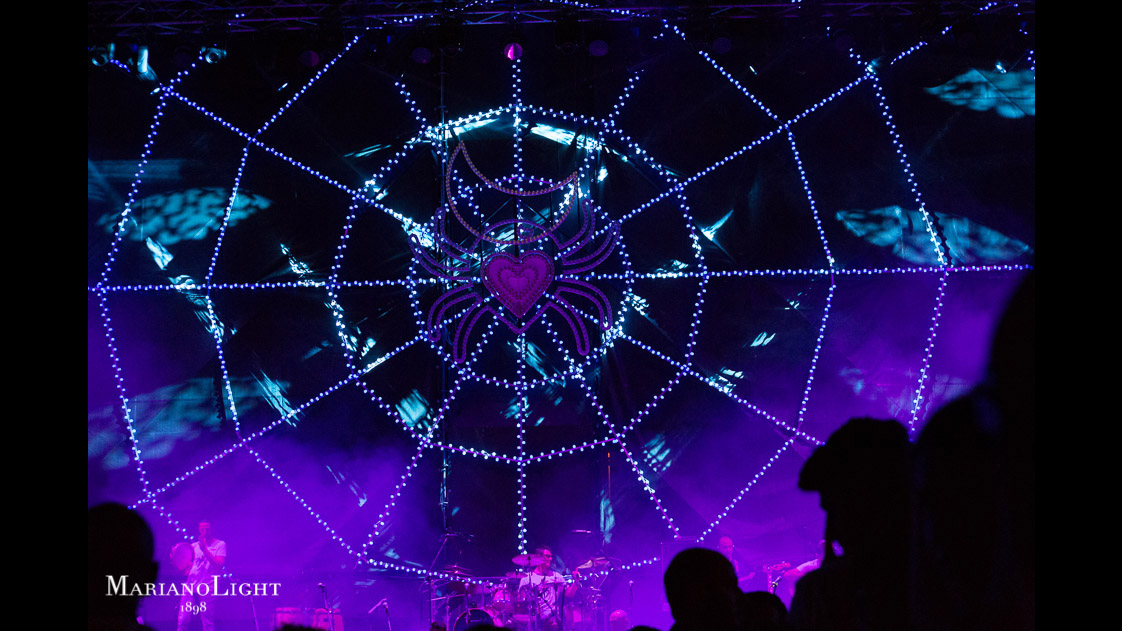 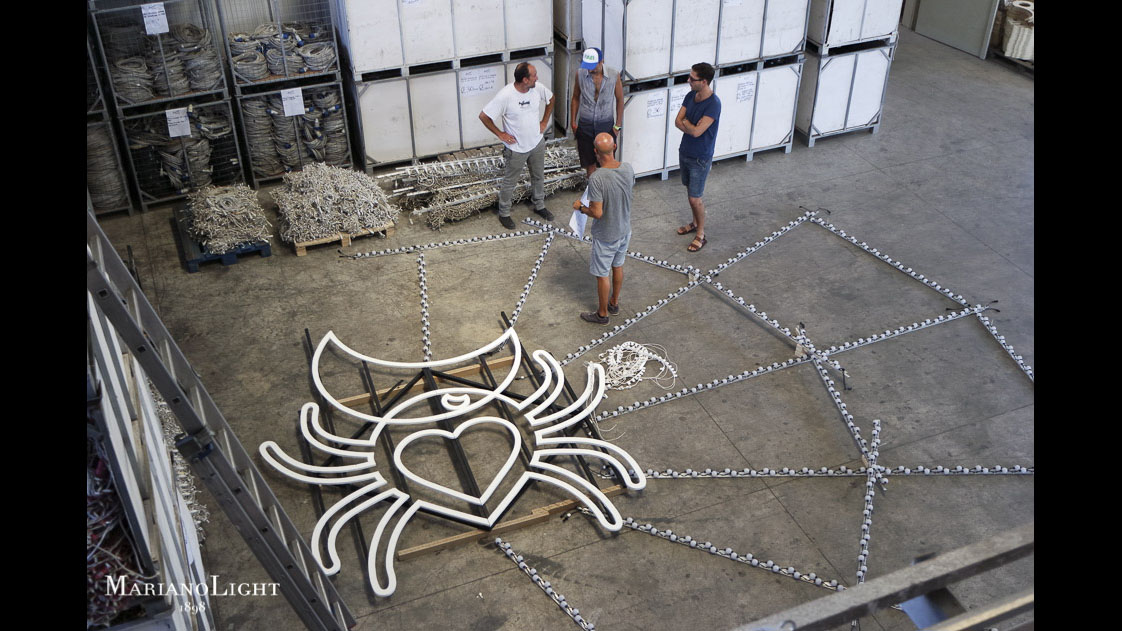 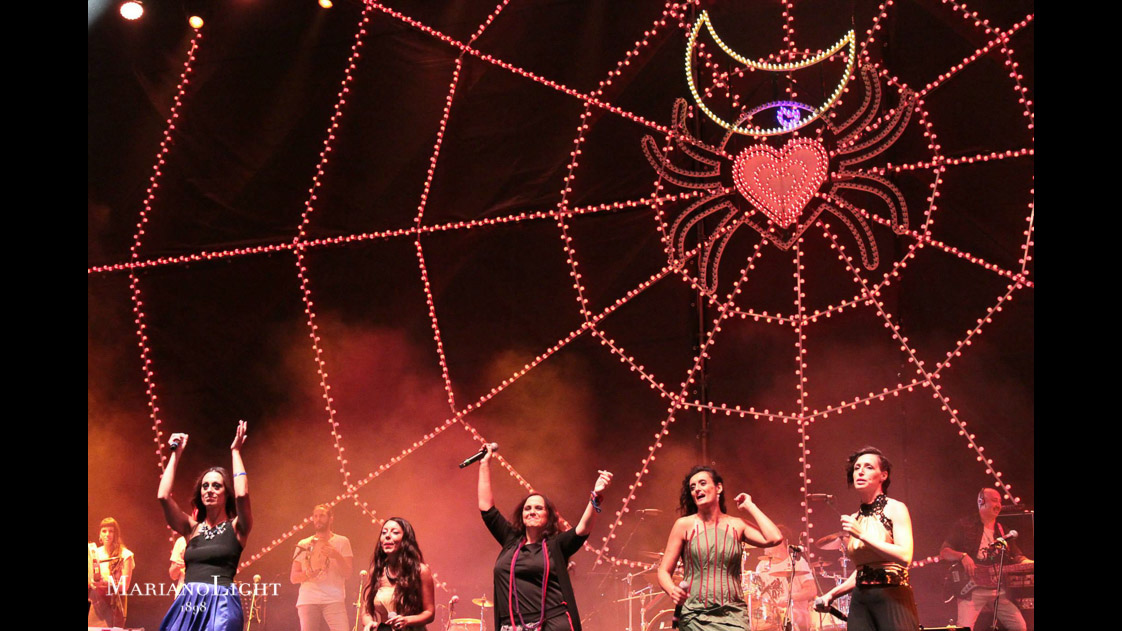 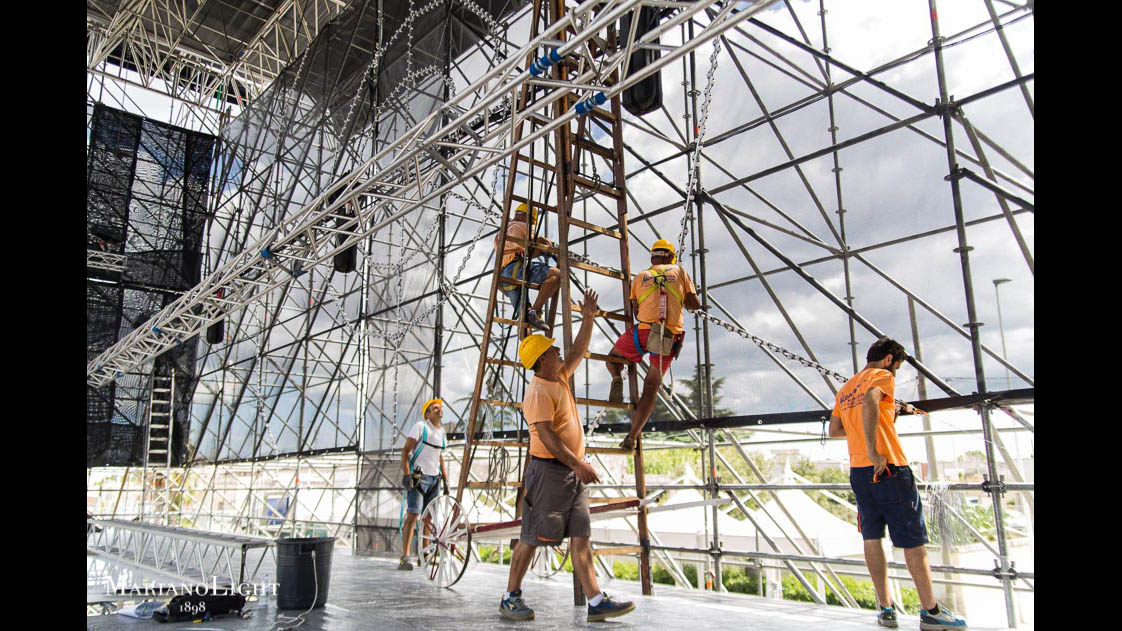 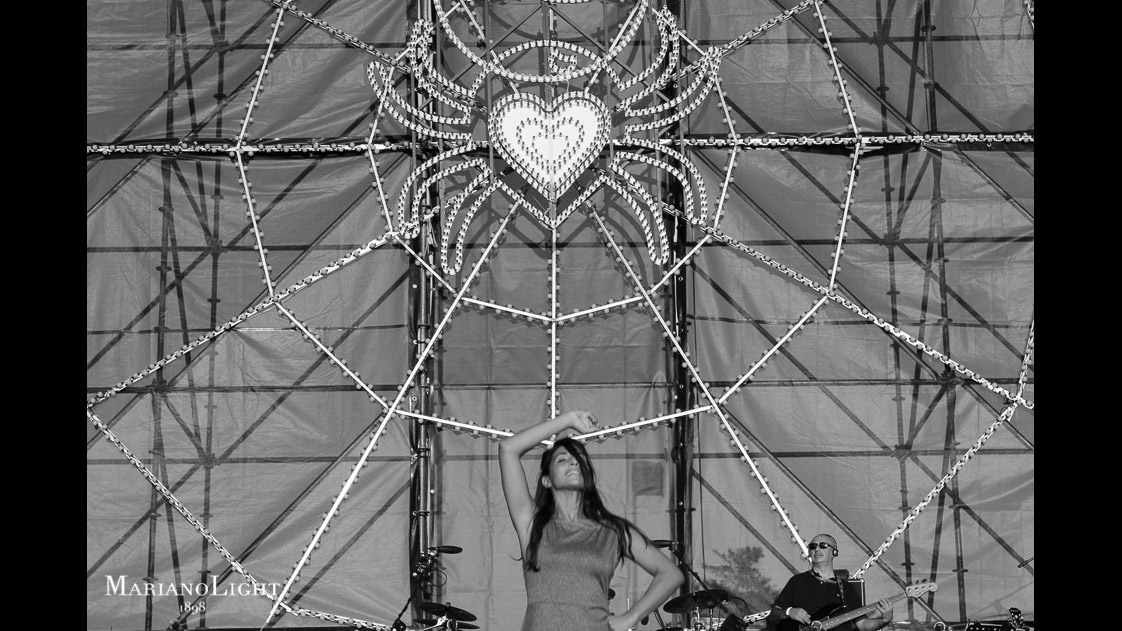 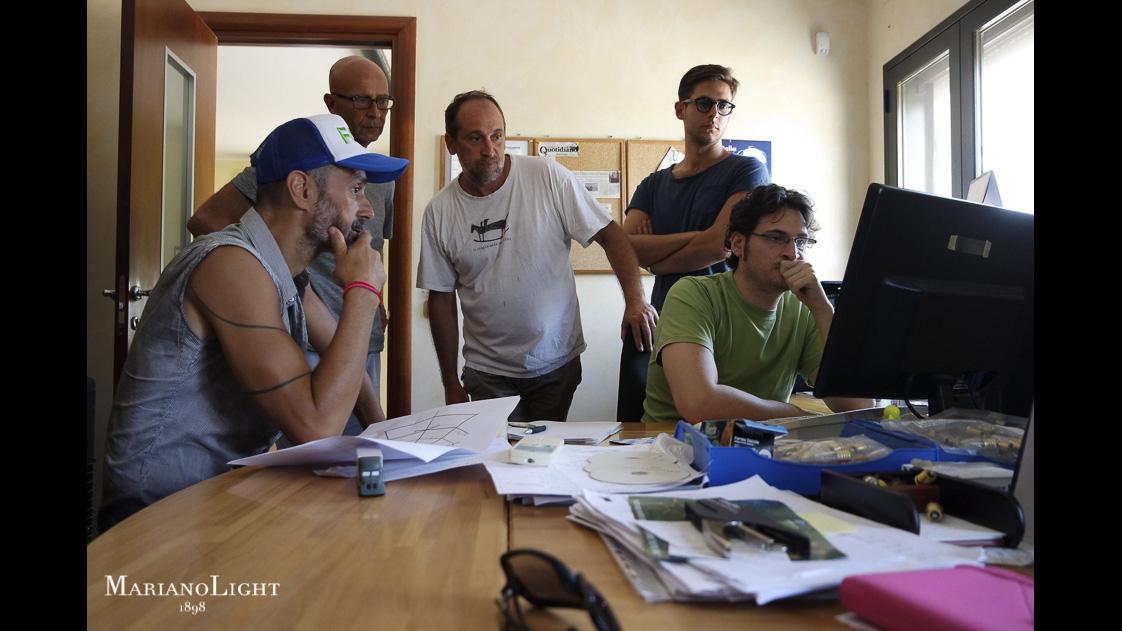 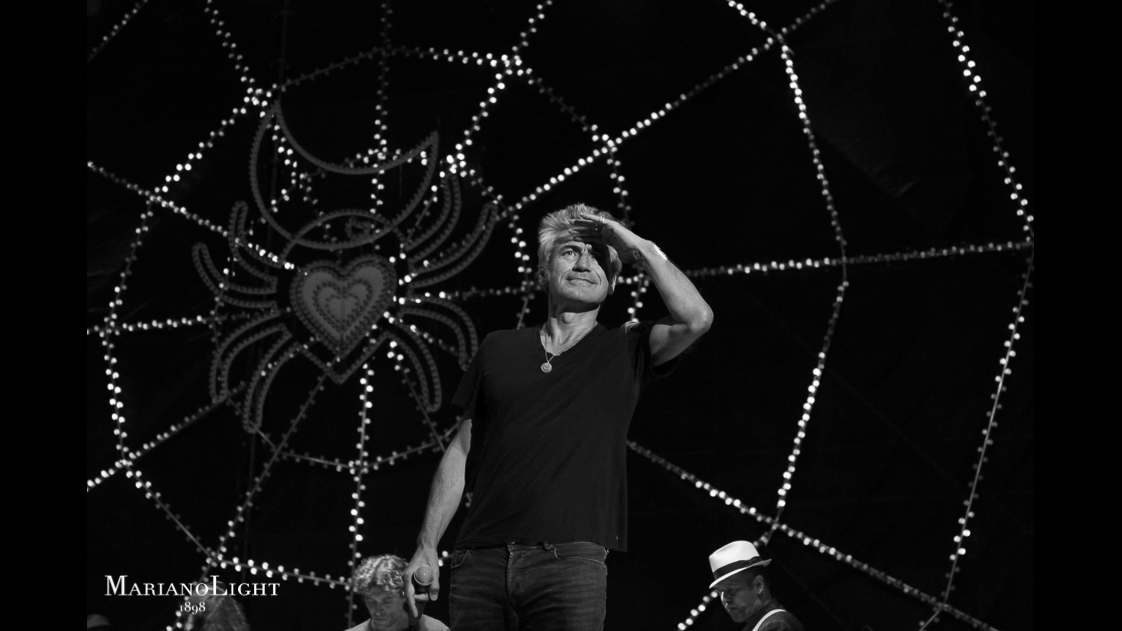 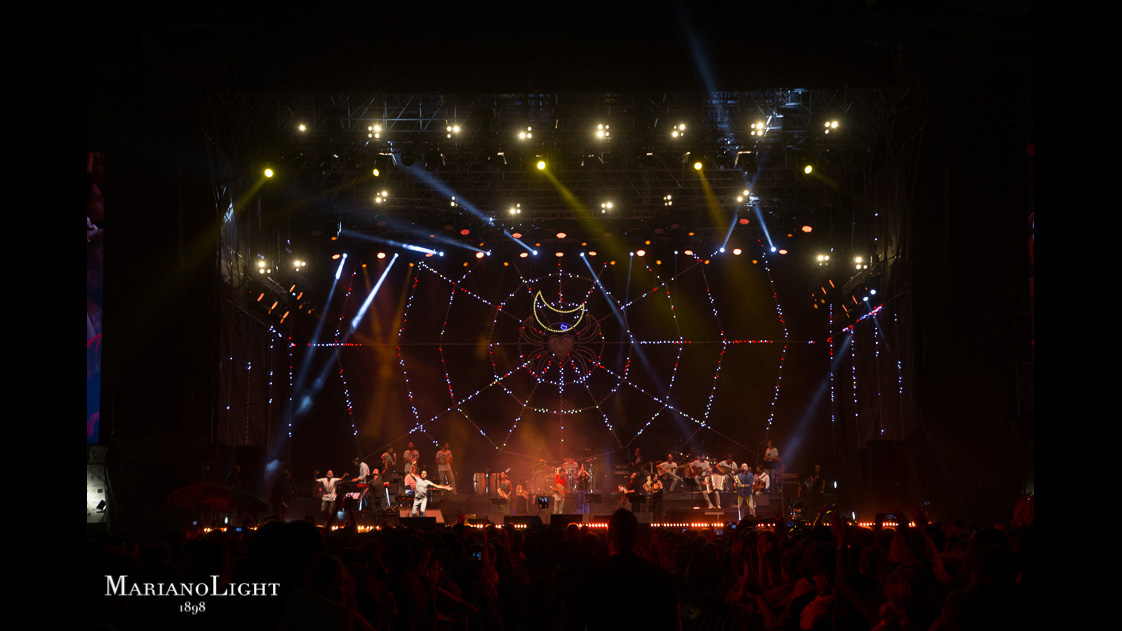 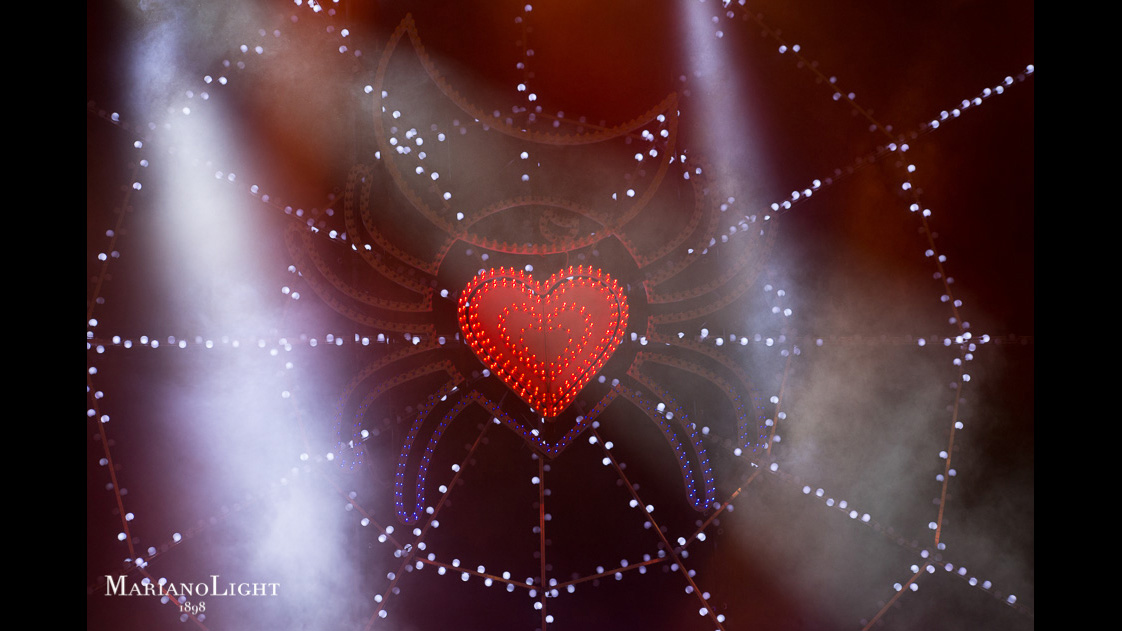 La Notte della Taranta is the most important cultural event of Italian popular music of the year.
More than four hours for the show of the tarantula, the spider whose bite causes hysteria and convulsions in its victims who recover only by dancing to the rhythm of ‘pizzica’.
On the big stage the spider and its cobweb, designed by architect and designer Fabio Novembre and realized by MarianoLight.
The event included the participation of 200 thousand people who danced illuminated by 12 million RGB lights, the light ‘pixels’ that make up the perfect architecture of the cobweb, the work of the ‘biting tarantula’, on stage as a majestic element built according to the techniques of the traditional luminarie.
Numerous light effects and animations were performed during the show making the stage always diverse, changing the scenery and fascinating the many viewers.
In addition to the great architect and designer Fabio Novembre, creative genius for brands such as Lavazza, RCR, AC Milan, the event also had the collaboration of a great artist, Jo’Campana, the famous lighting designer who has designed the sets and the lighting of live tours of Ligabue, Vasco Rossi, Litfiba and Negrita.