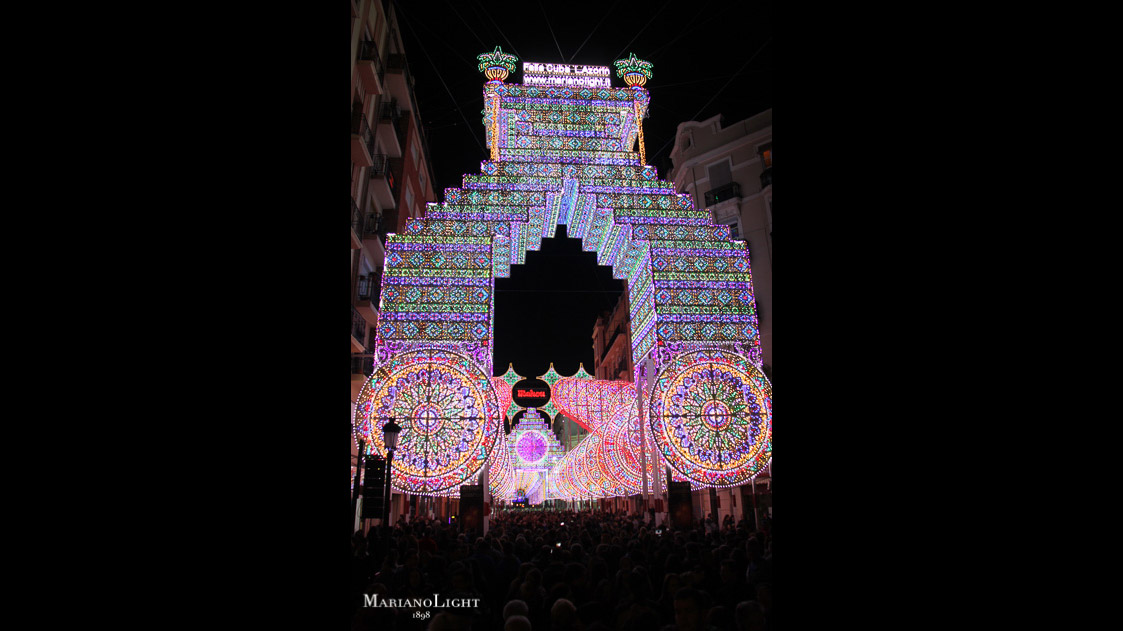 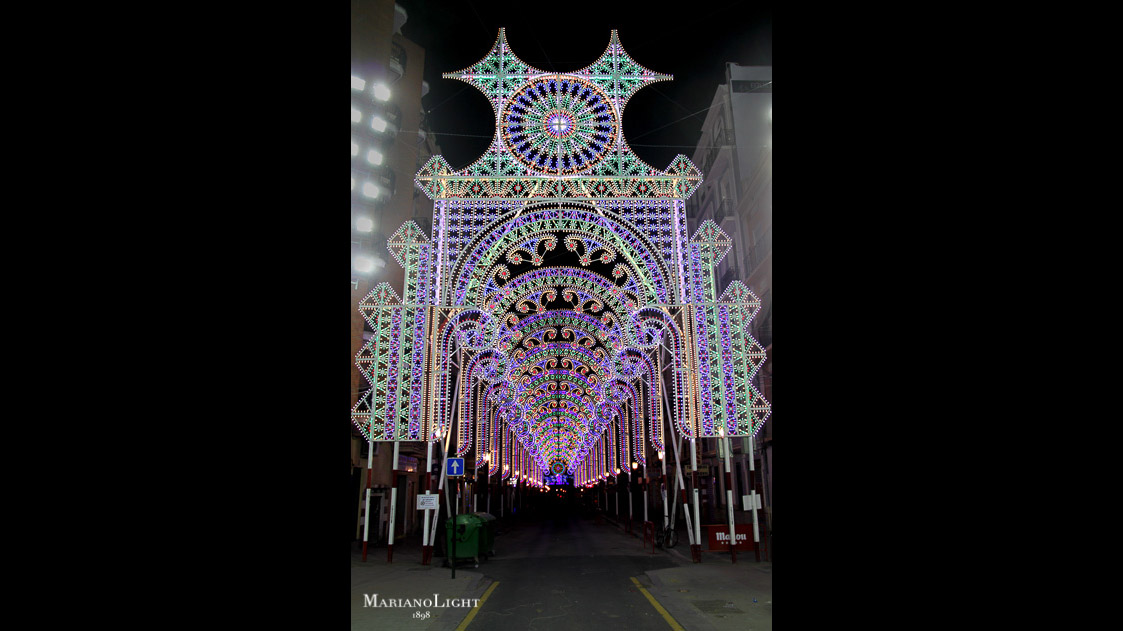 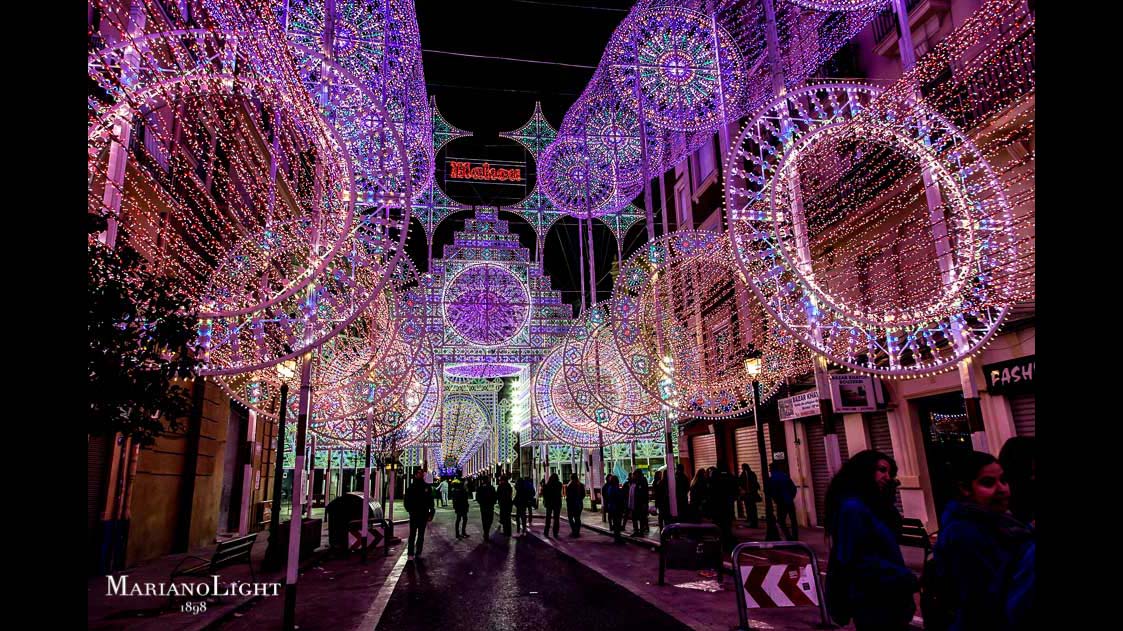 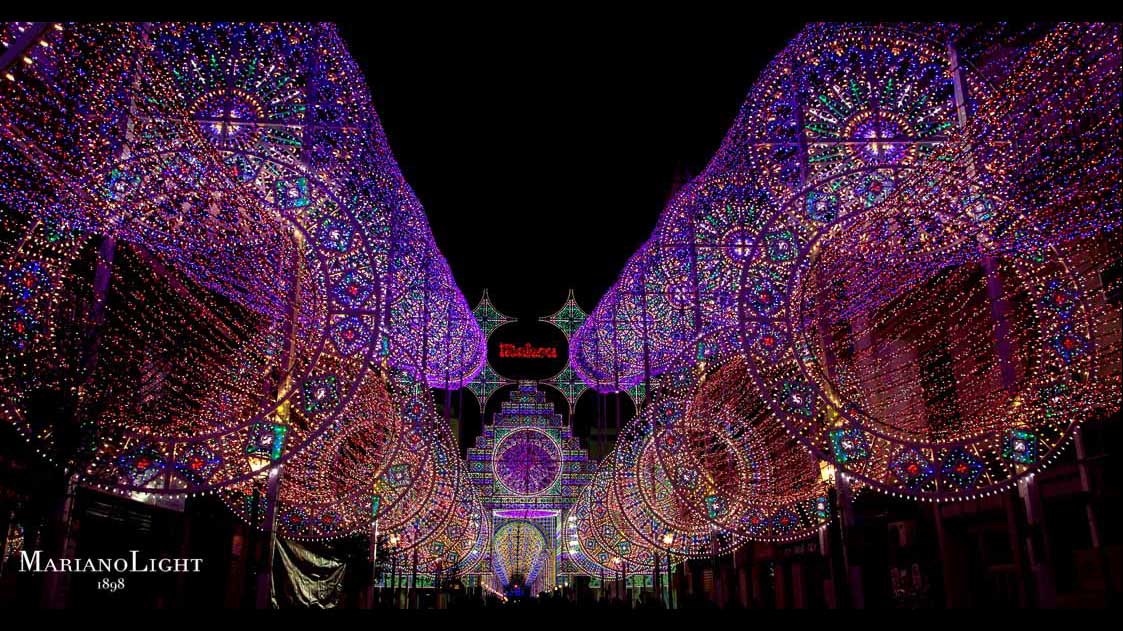 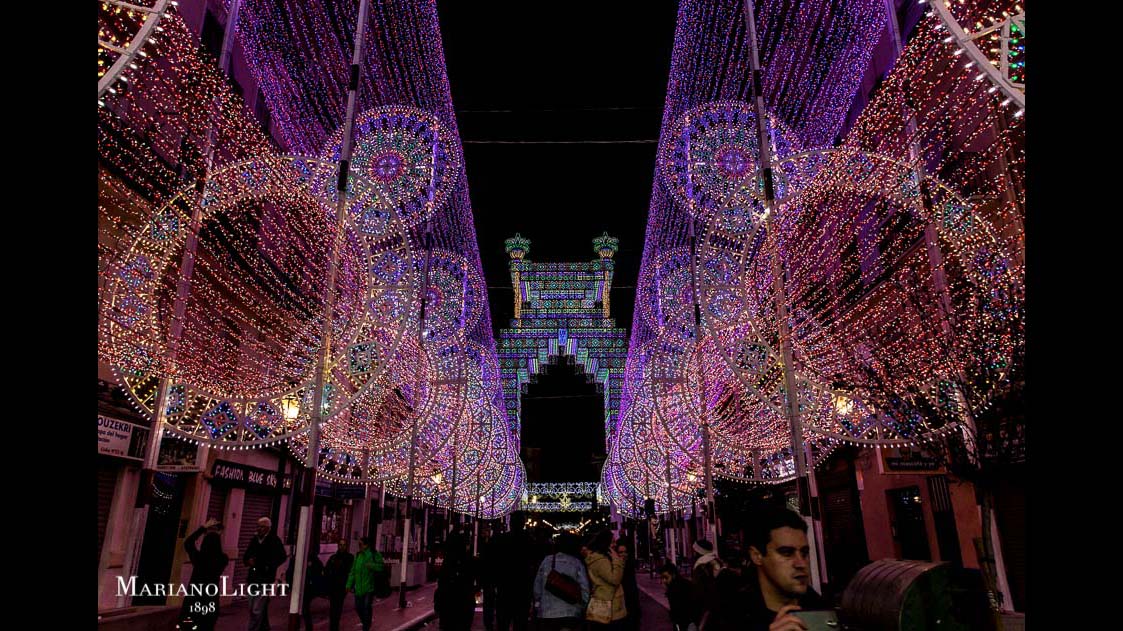 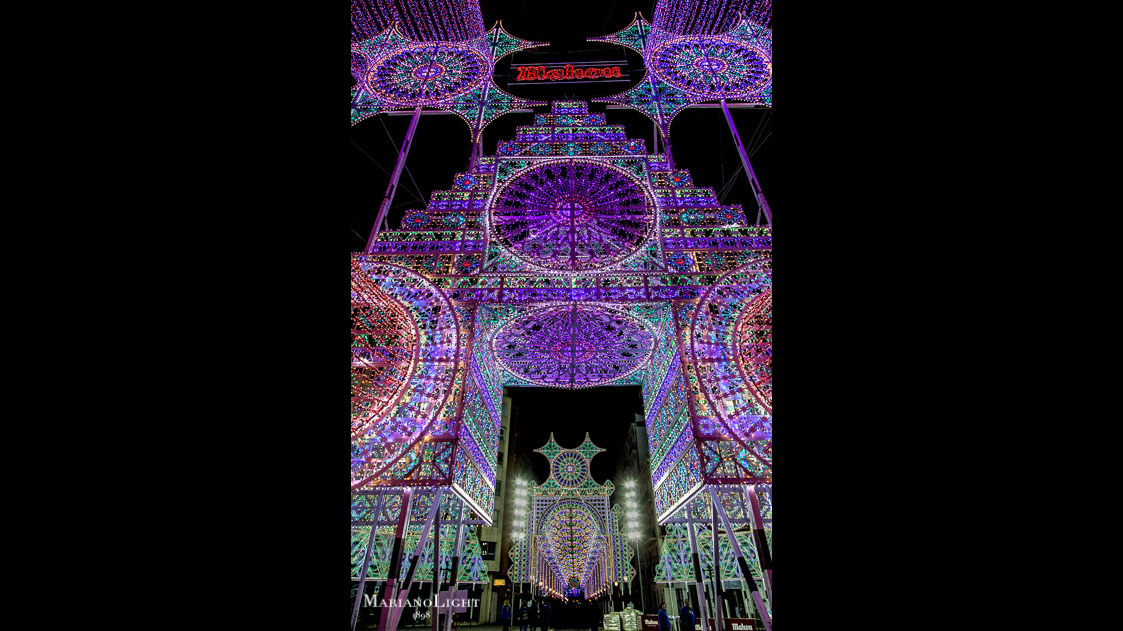 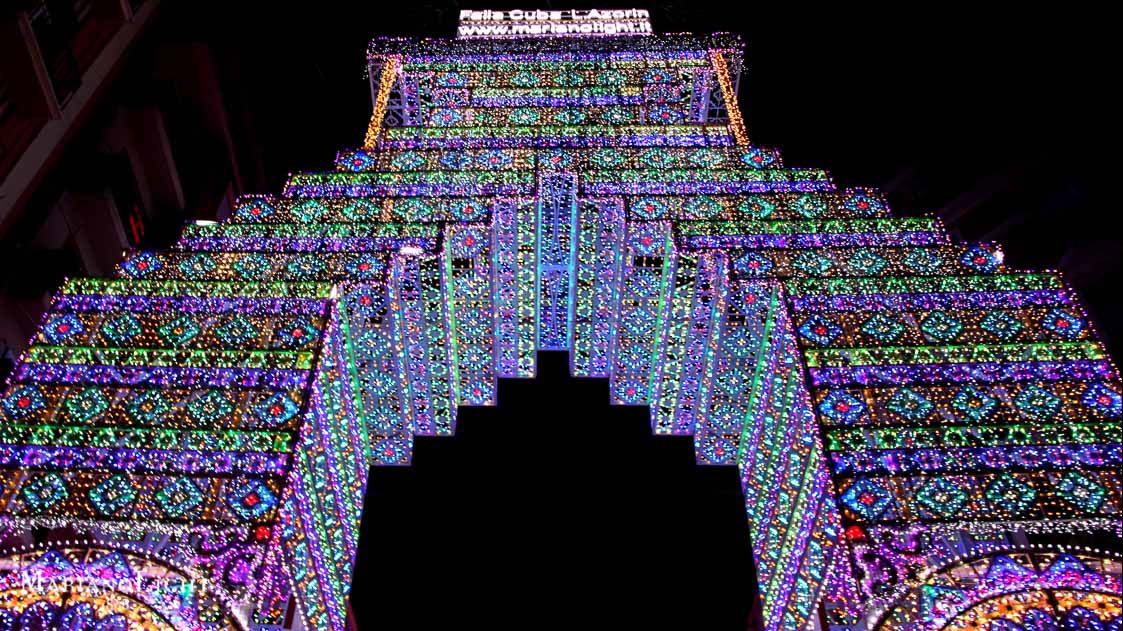 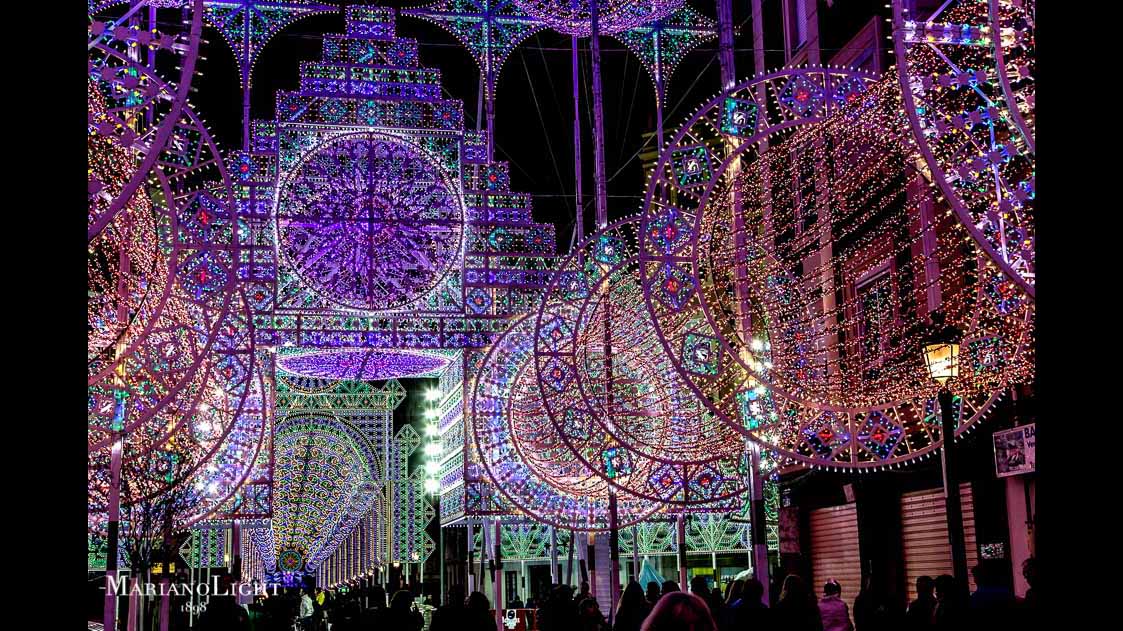 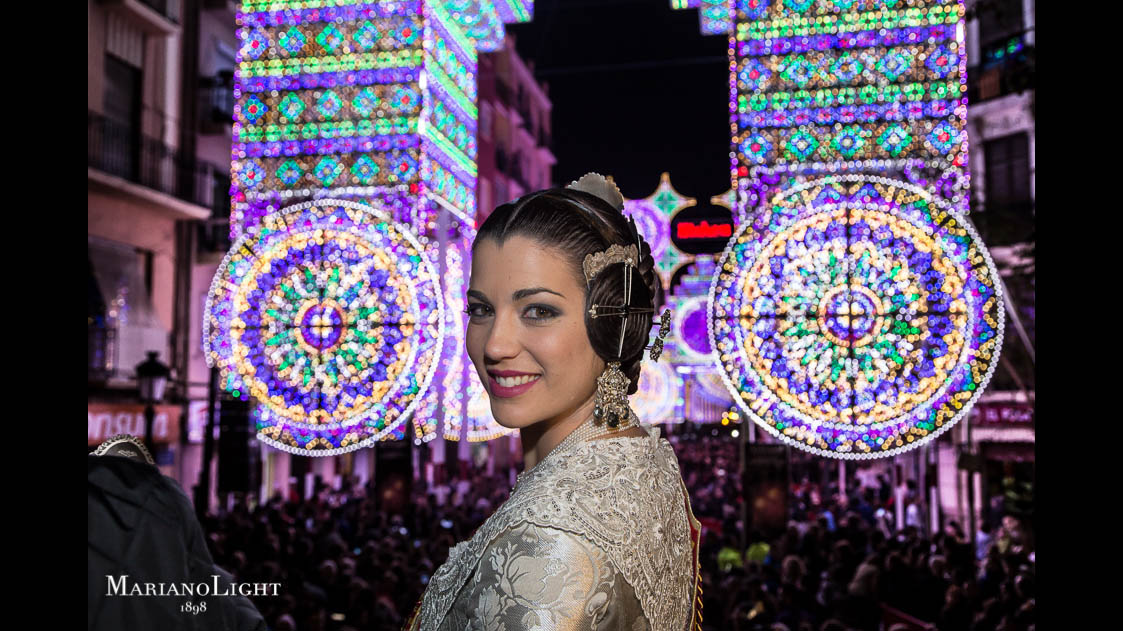 MarianoLight was inspired for this project by the movie written and directed by Roland Emmerich, “The Stargate”.
The project consists of a portal that reproduces the typical shape of a Mayan pyramid and ends with a portal that recalls instead the Egyptian pyramids. The connecting “tunnel” symbolizes the theory that the Egyptian pyramids and Mayan are ”connected” to each other because they were built according to the same pattern and reproduce the stars of the constellation of Orion.
Thanks to Ximo Fortea for the photos.
Technical data: Mayan Pyramid: h 24.50 m; Poles: 150; Power Consumption: 105 kW; Lamps: 605.000; Dimmer Channels: 92.