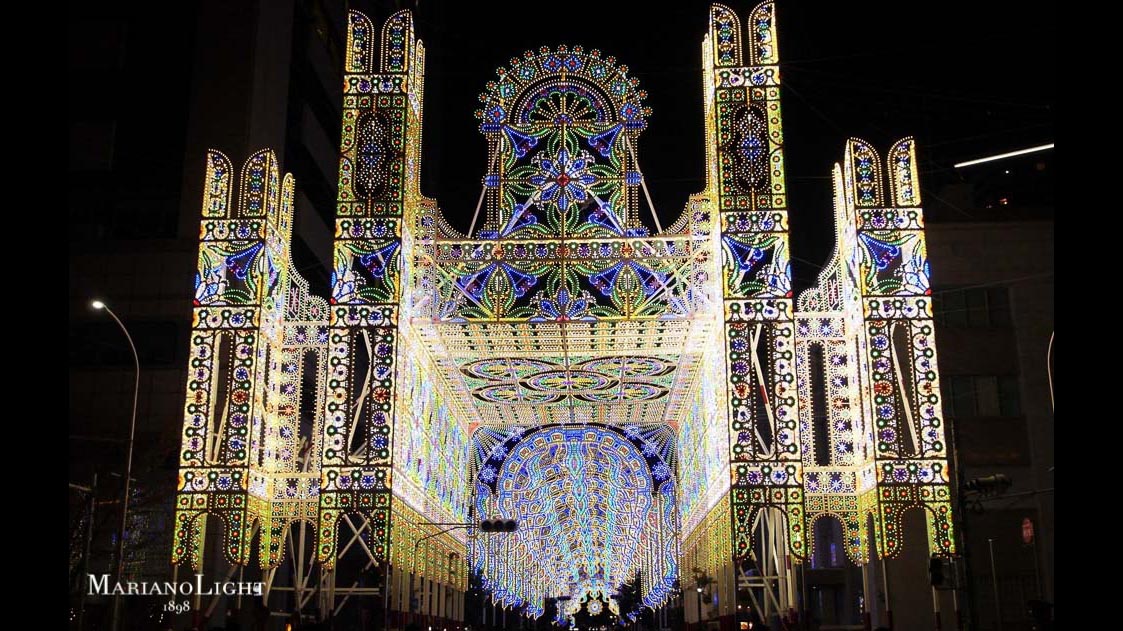 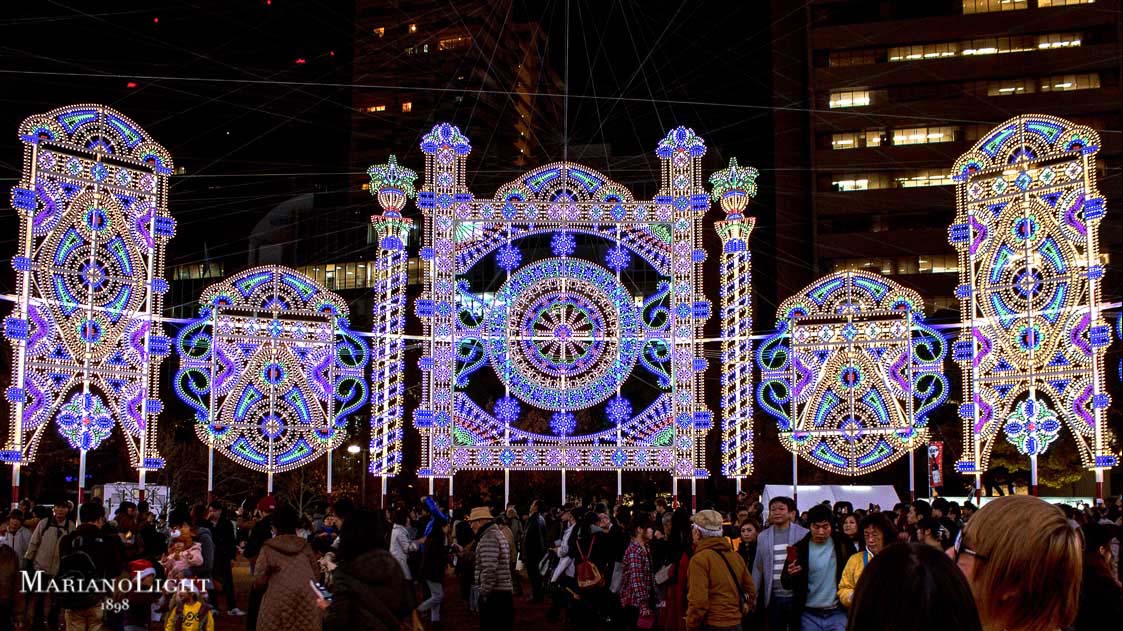 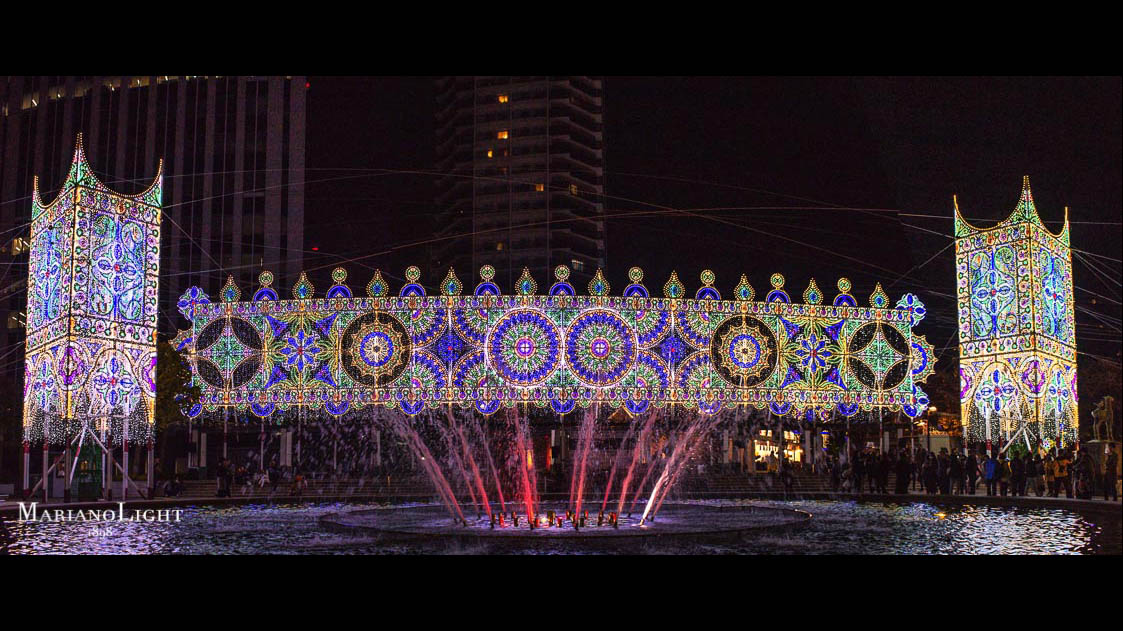 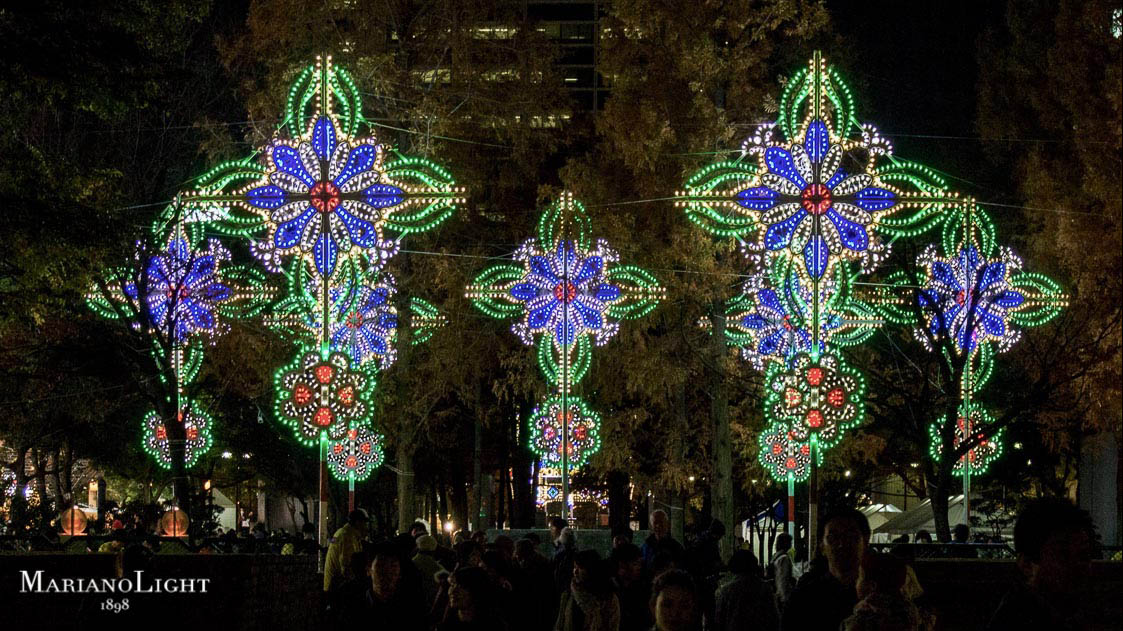 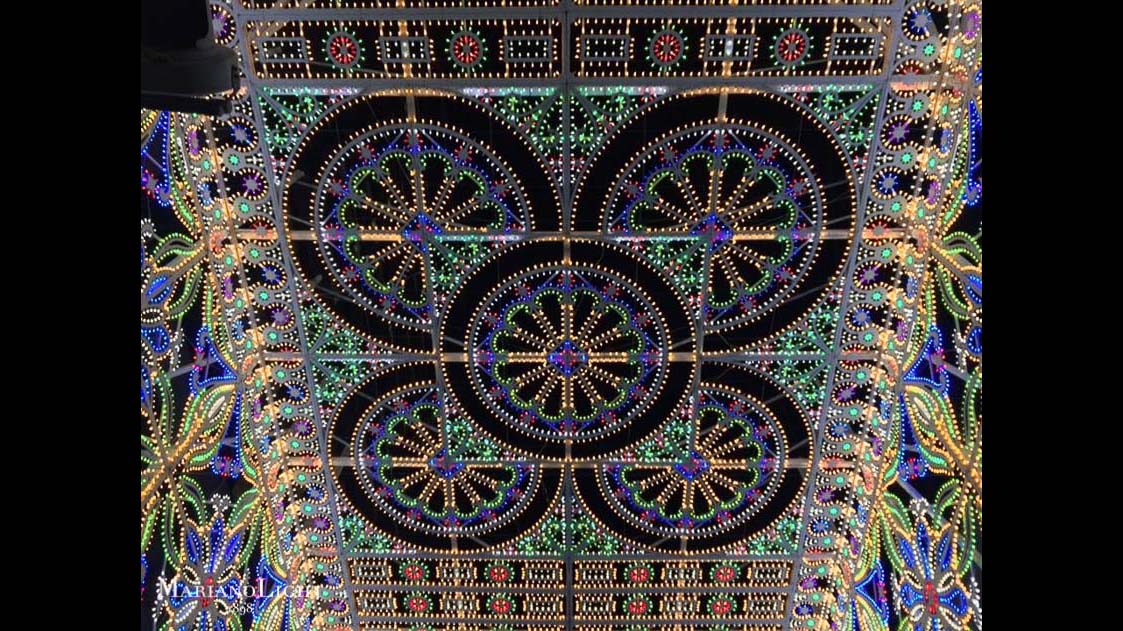 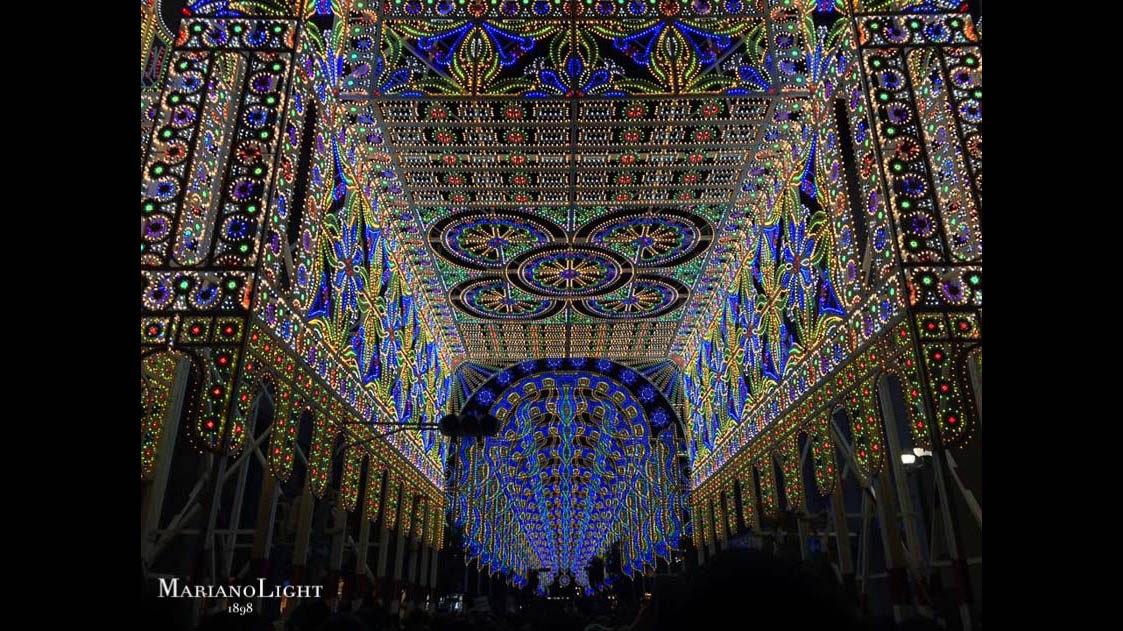 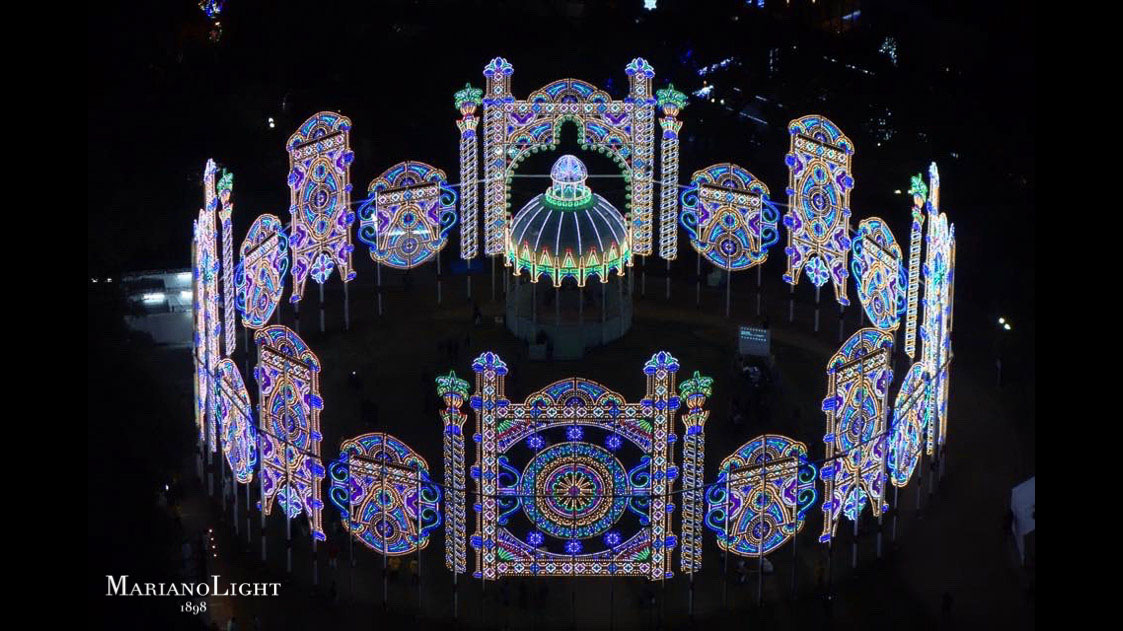 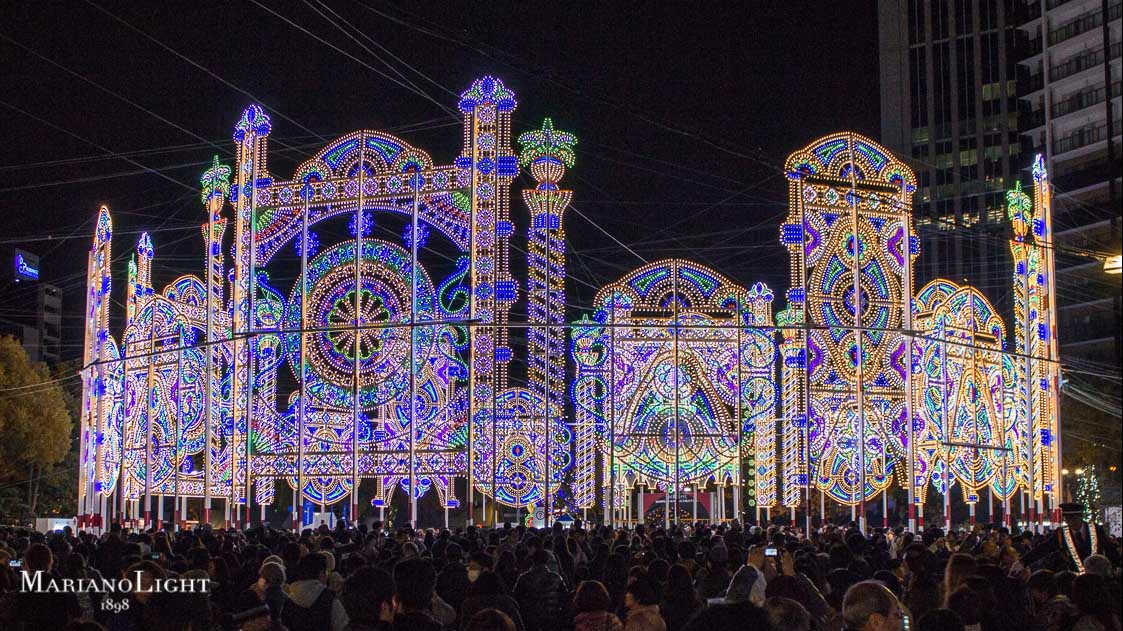 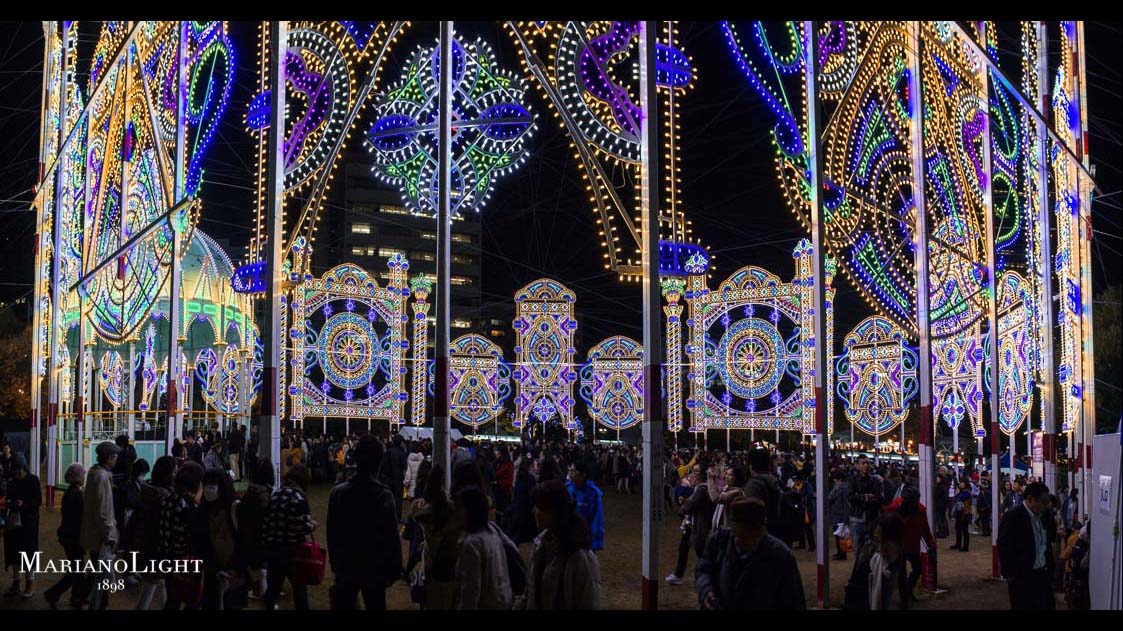 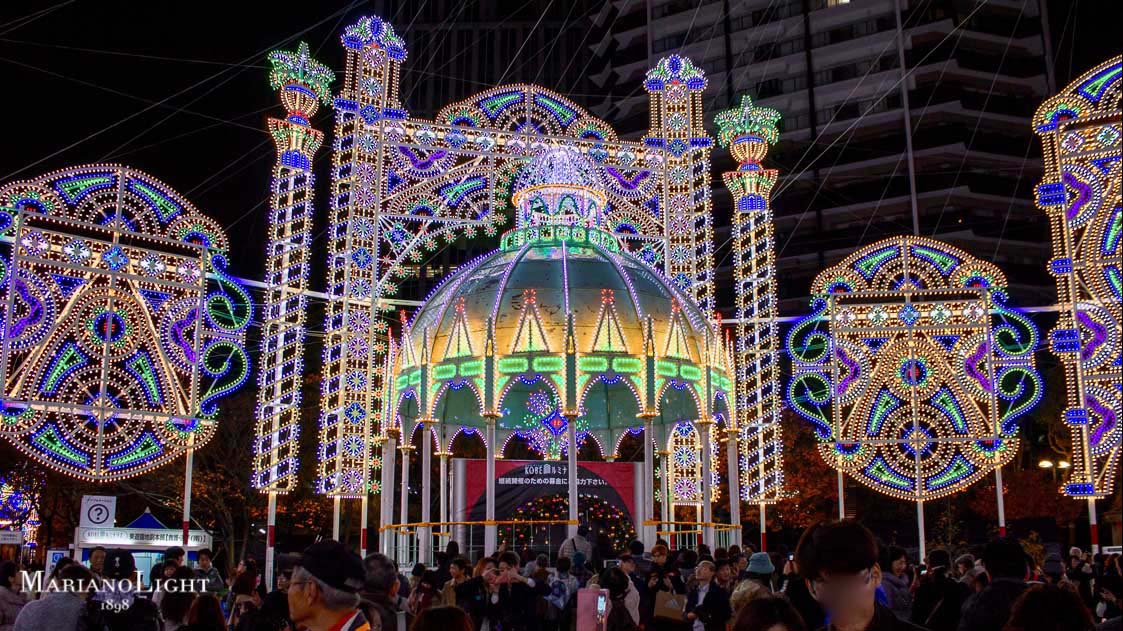 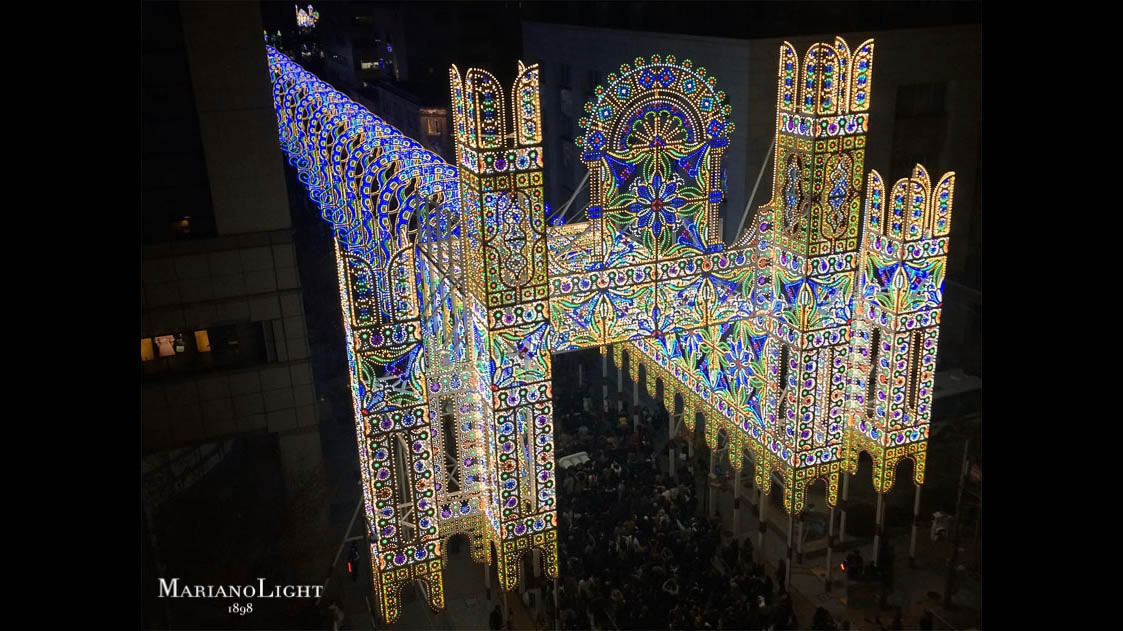 Among the light shows of Japan, the first, the most spectacular and the most awaited is Kobe Luminarie, an Italian festival of lights in memory of the victims of the disastrous Kobe earthquake in 1995. Also this year MarianoLight exports the traditional illuminations in Japan and captivates the millions of visitors who will be enchanted by the Dancing Lights. And for the 150 years of the port of Kobe, MarianoLight realizes a grandiose self-supporting light sign, an installation that will remain to illuminate the port area throughout 2017.