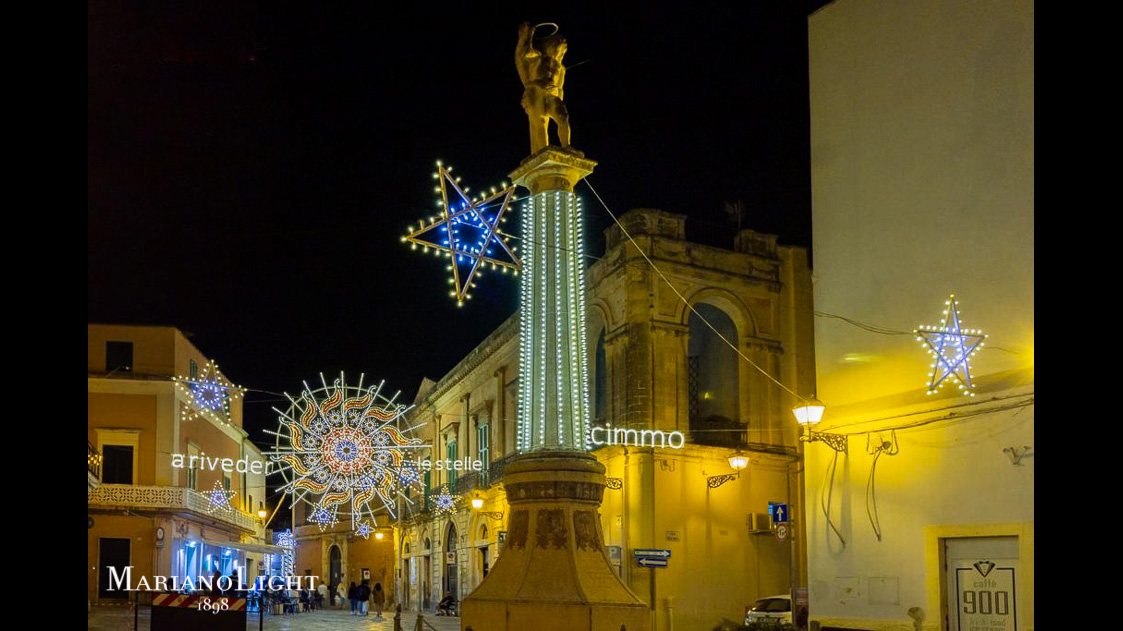 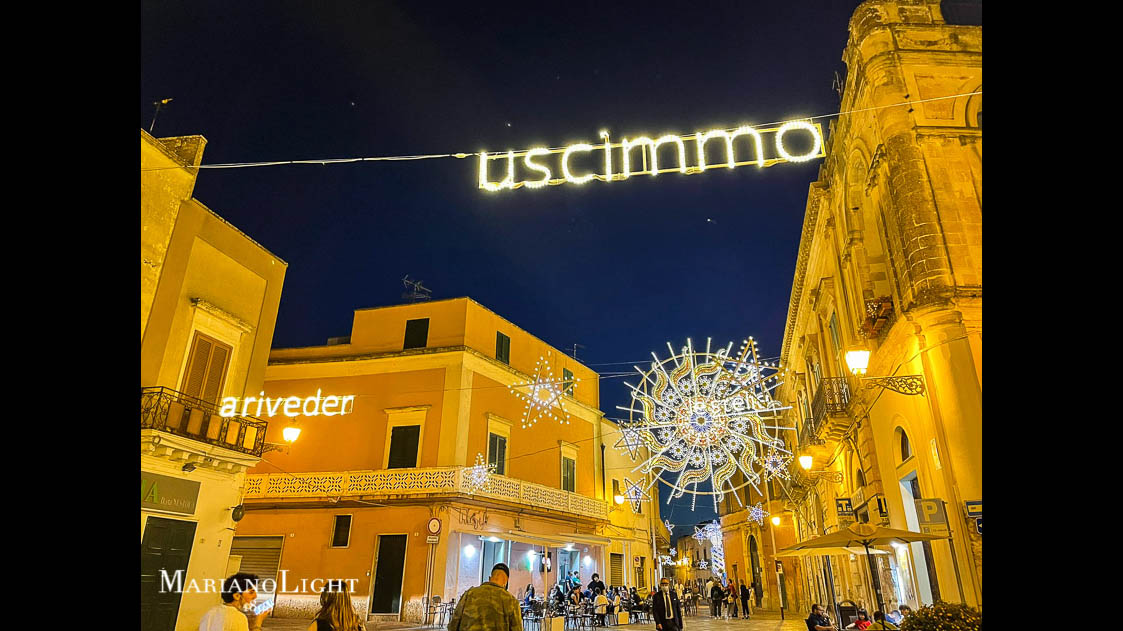 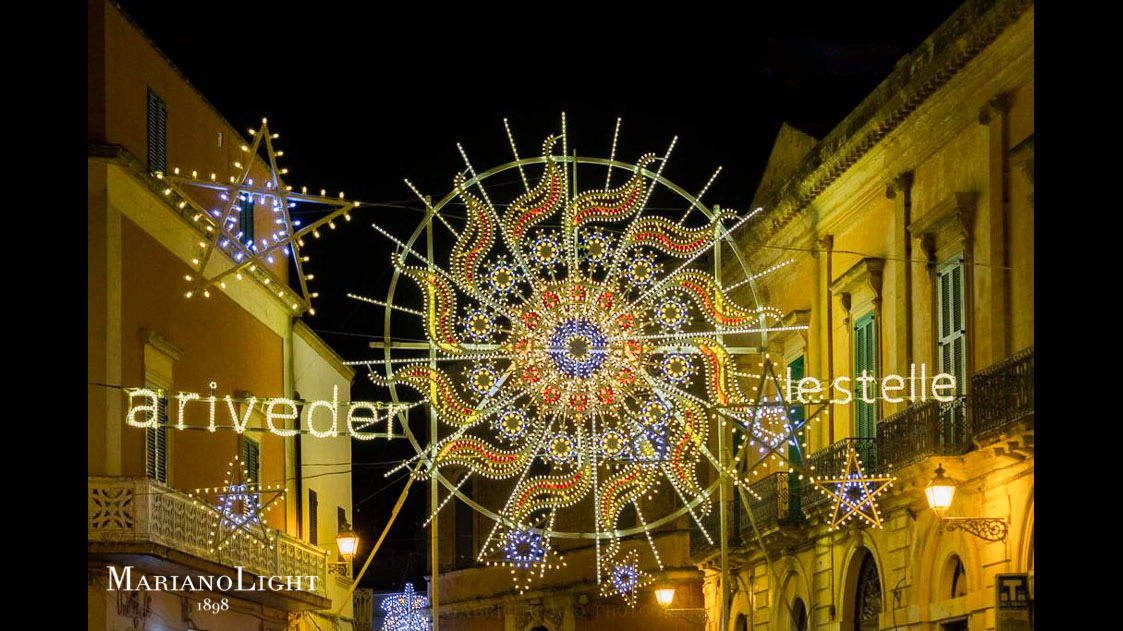 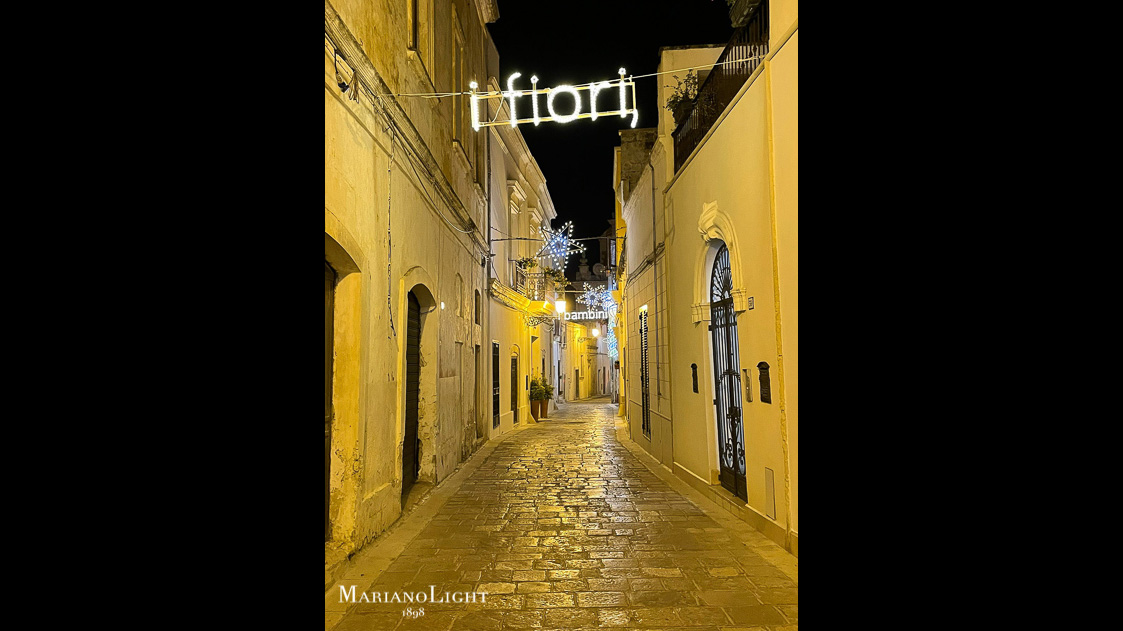 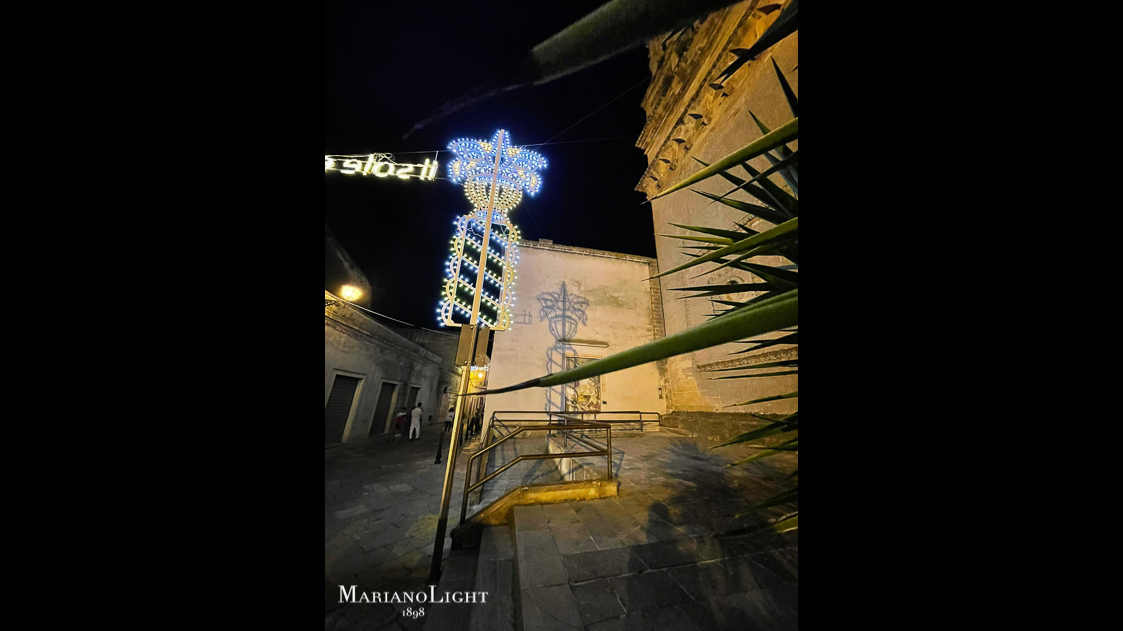 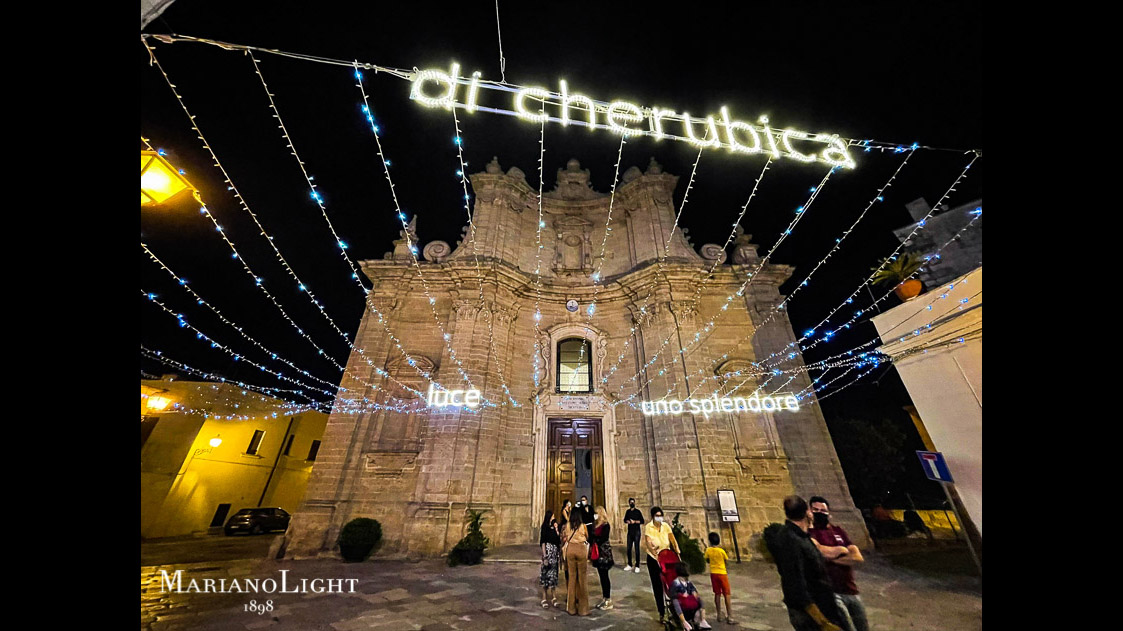 The city of Copertino and its mayor, Dr. Sandrina Schito with her team, choose to illuminate the warm summer evenings of their citizens, in the 700th anniversary of Dante, with some historical verses taken from the Divine Comedy and with the historic MarianoLight luminarie 1898.
A renewed courage and farsightedness of the administration of the city of Salento, which bets on a set of lights regardless of the patronal anniversary, but which will in any case be inaugurated with the first lighting on June 17th, on the day of the birth of San Giuseppe da Copertino.
A patronal feast, that of San Giuseppe da Copertino, which is with full knowledge of the facts one of the most representative of this centuries-old tradition, is popularly par excellence, as well as the historic company MarianoLight 1898, which has been making light scenes in Copertino for many years.