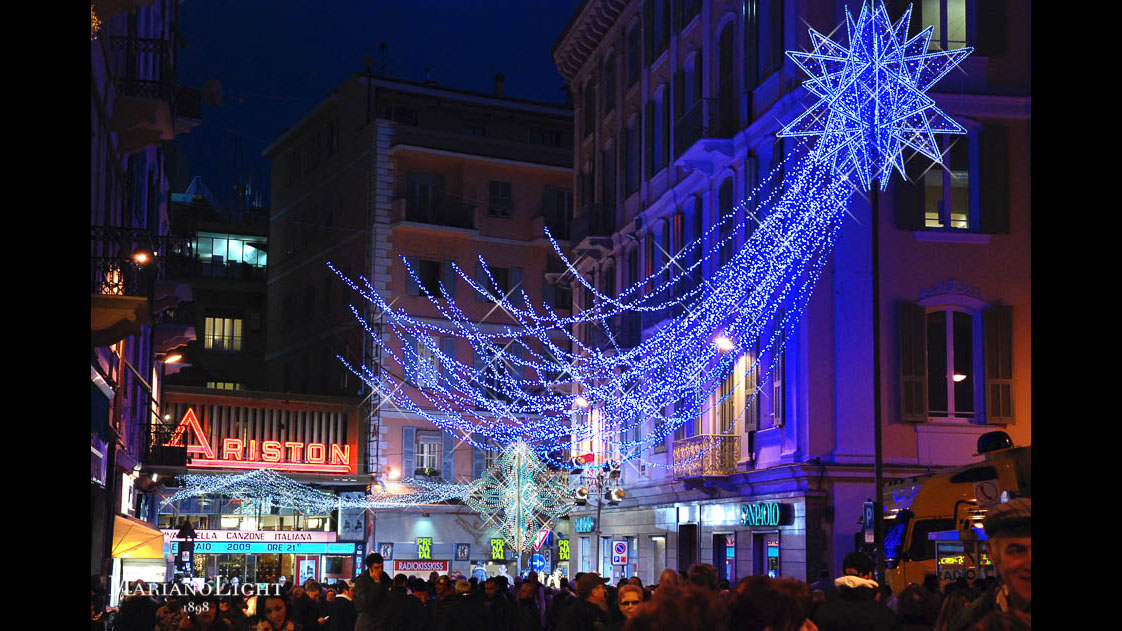 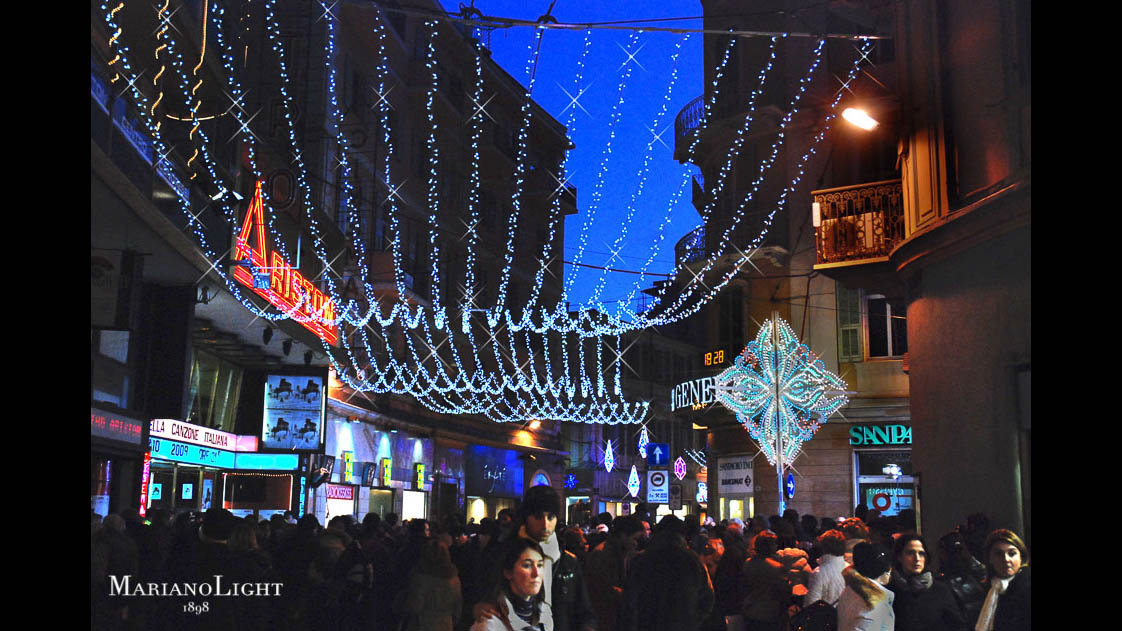 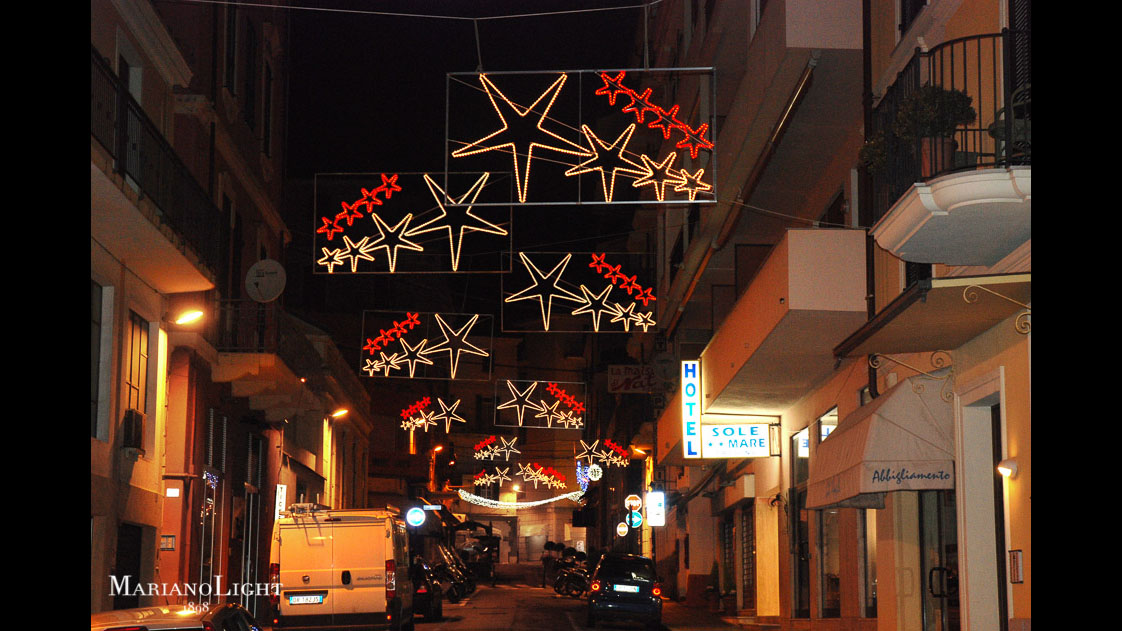 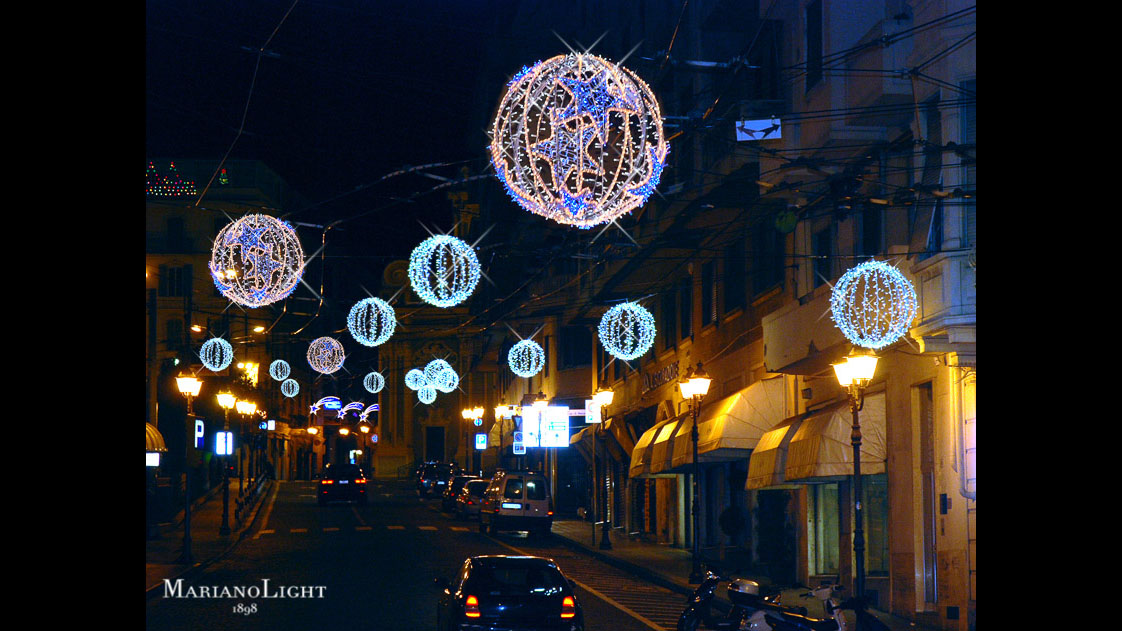 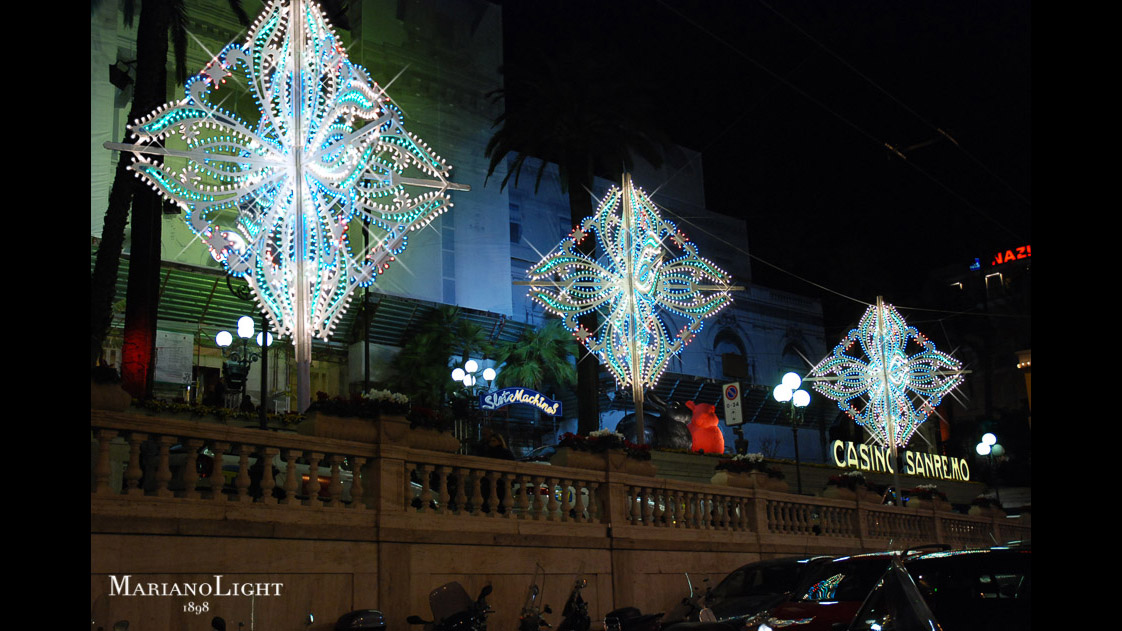 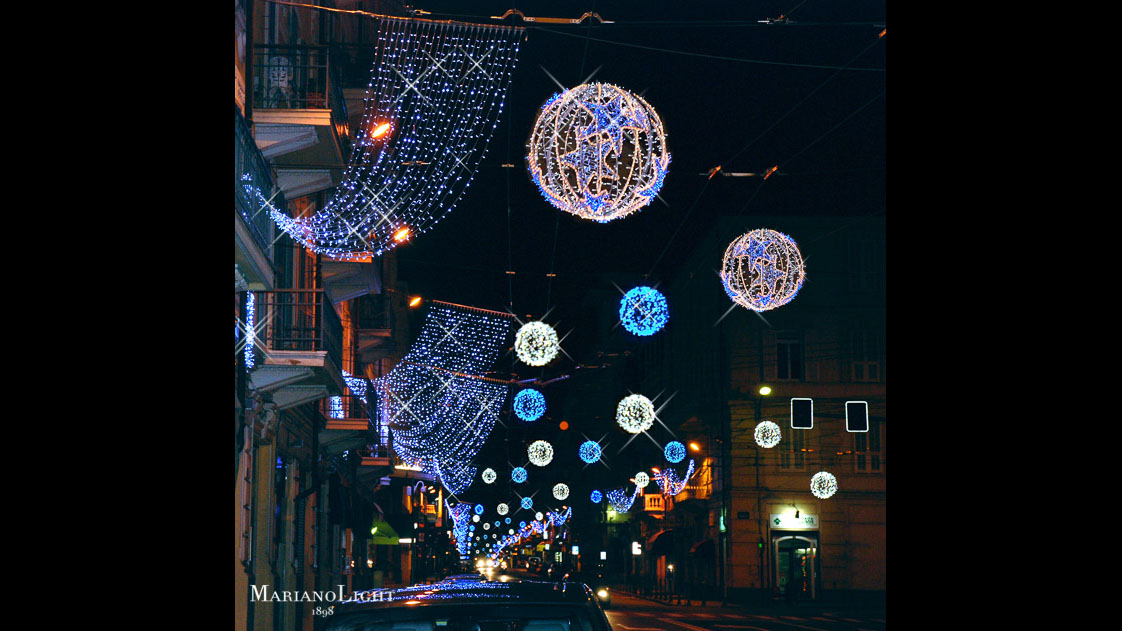 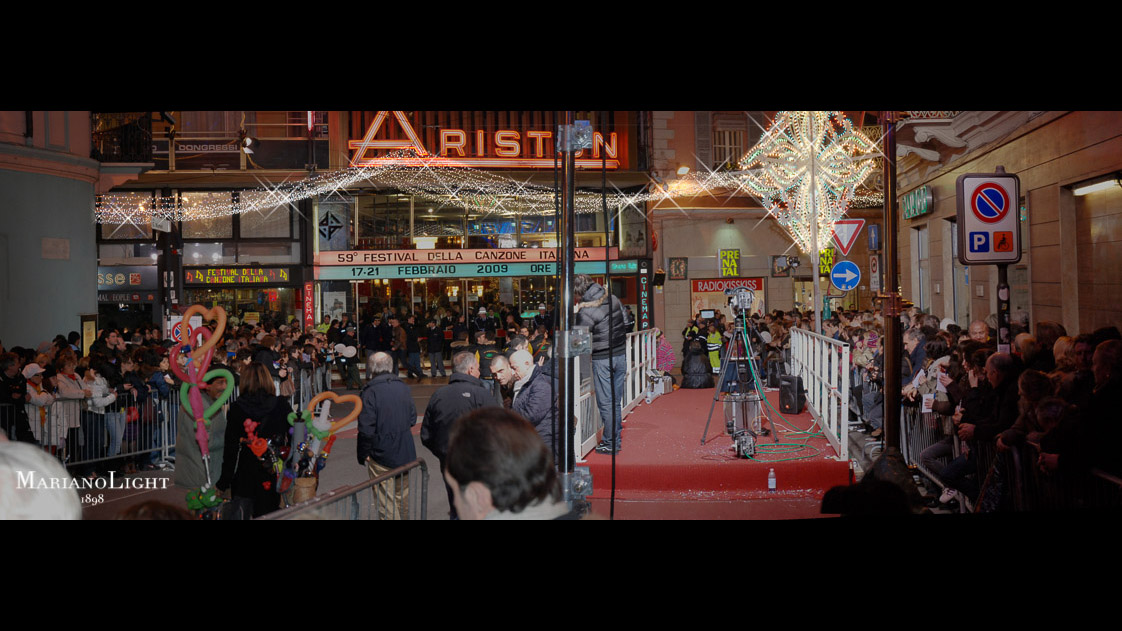 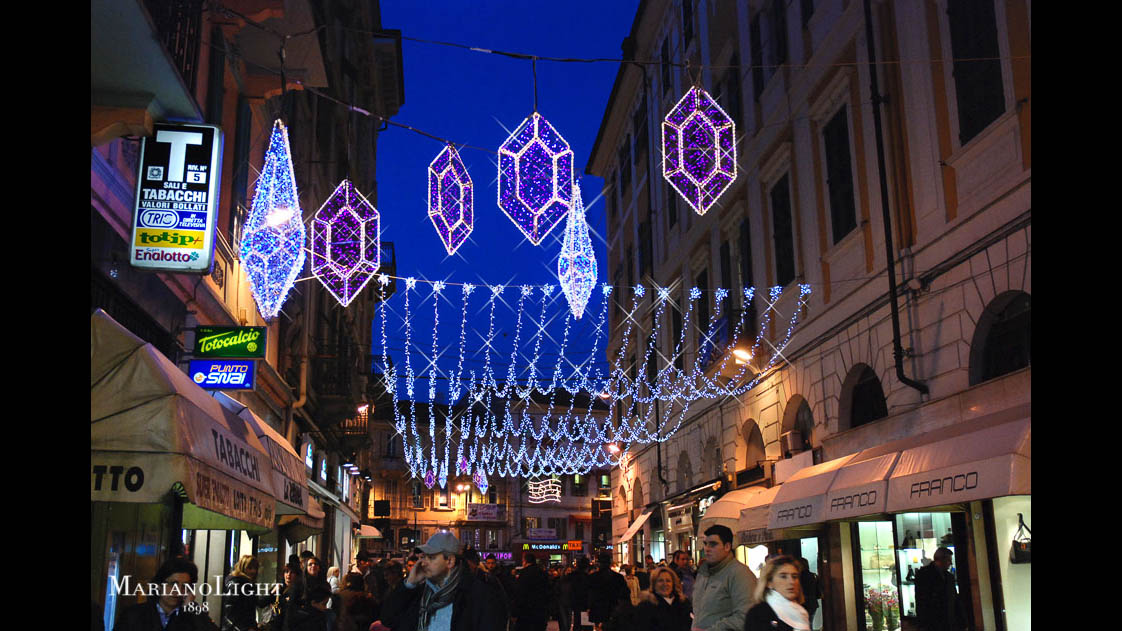 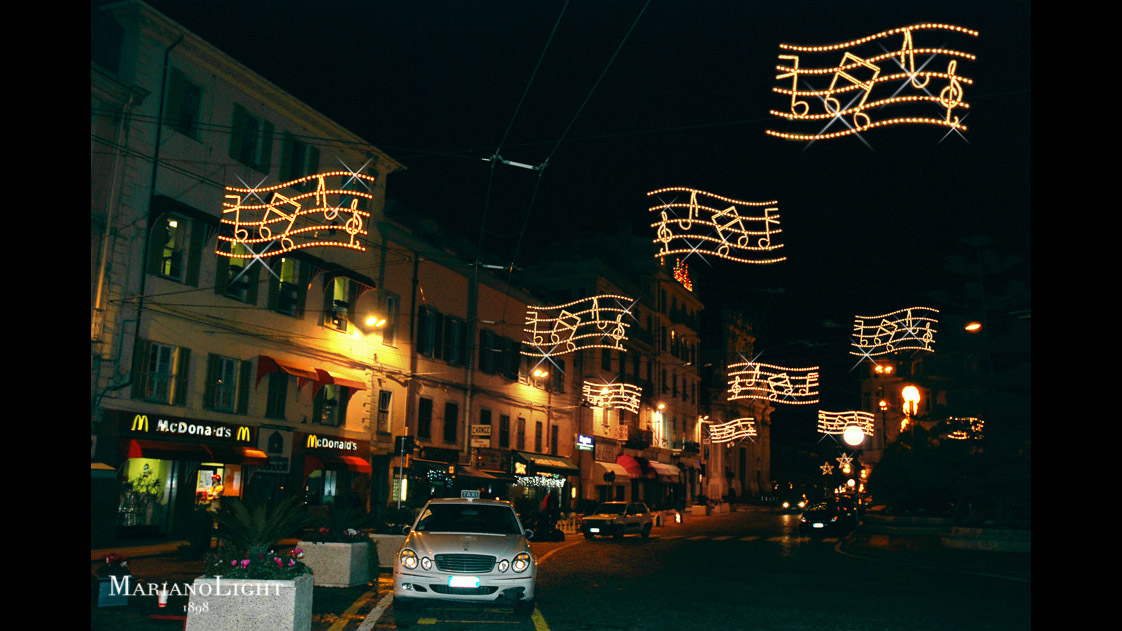 The Decorative lighting project for the city of Sanremo for Christmas and ‘Festival della Canzone Italiana’.
The proposal of Marianolight has convinced the Administration that appreciated both the creativity and the use of the LED lamps.
In fact the Marianolight is always sensitive to energy saving and the environment: in San Remo it was used more than 800,000 LED lamps and microlamps, which allowed a substantial saving of energy bills.
In addition to decorative Christmas lights, the bright floral decorations could not be left out in the City of Flowers. These decorations were made by us right for the occasion following the Salento’s Luminarie’s classic way : the ‘Fiori assolo’ were placed near the Ariston Theatre, the Casino and in other principal places of the city.
They are the typical three-dimensional elements, made out of wood painted in white, with mignon lamps that come from the national-popular tradition of lights revisited in a modern way.