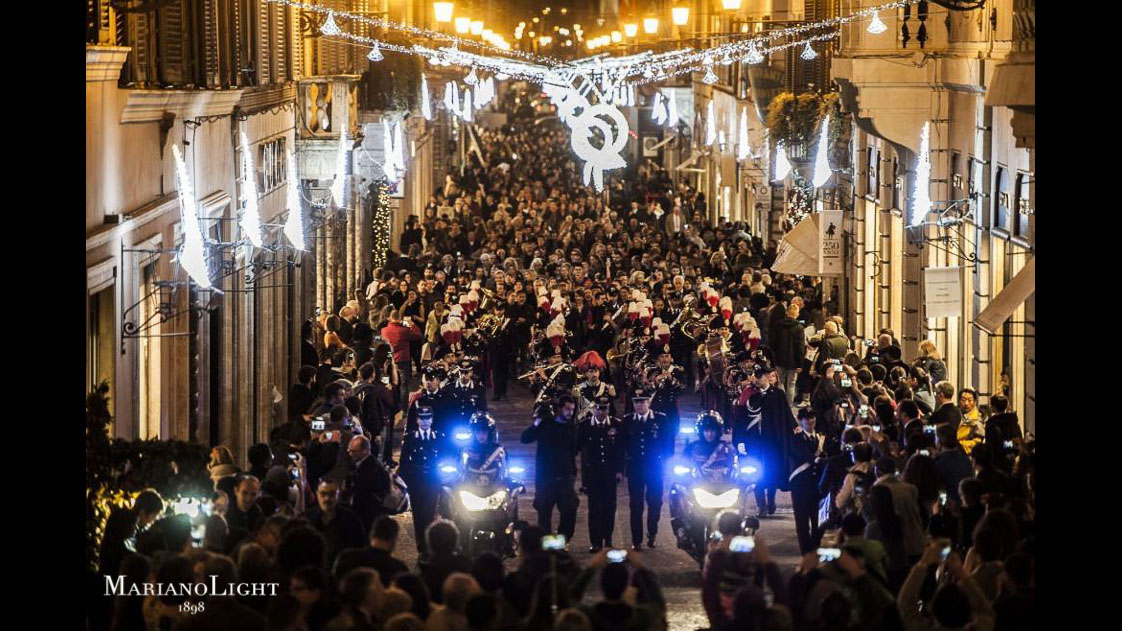 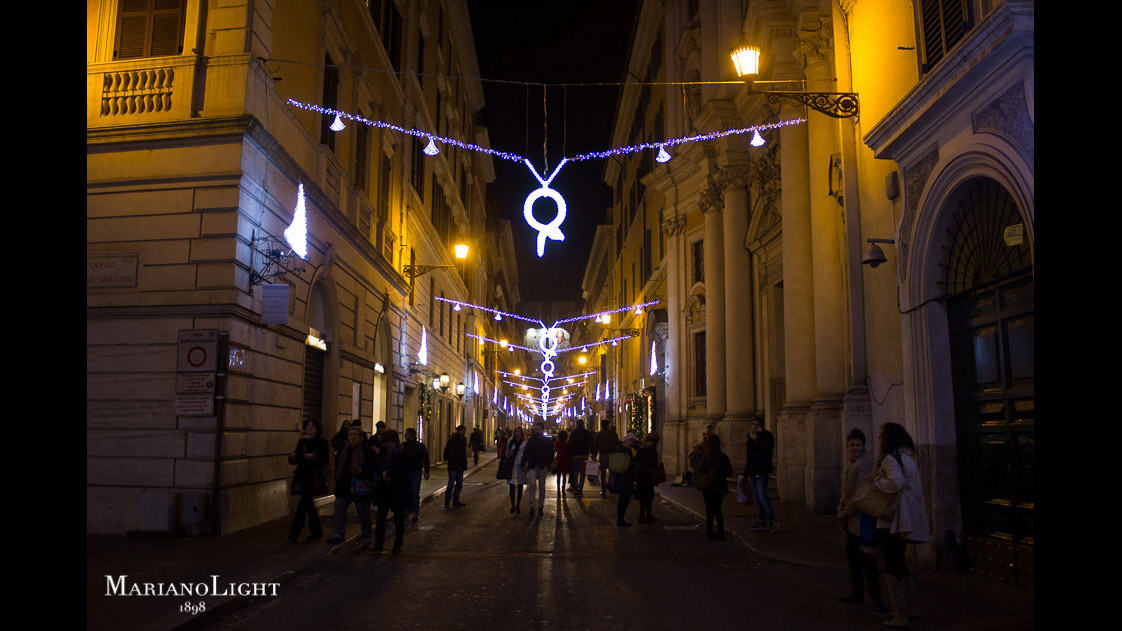 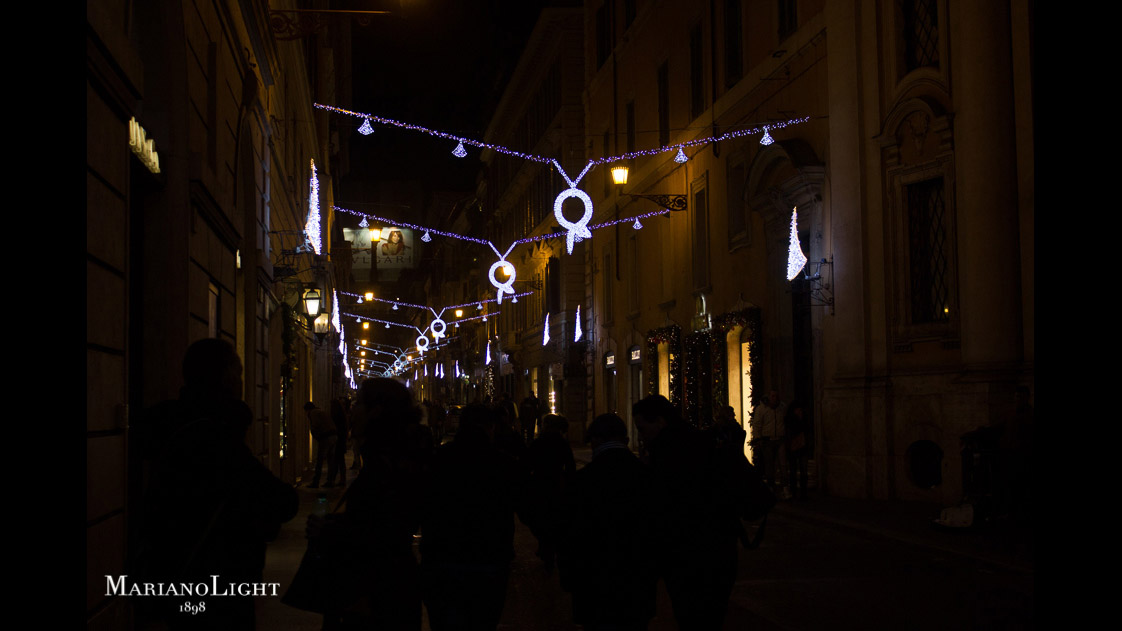 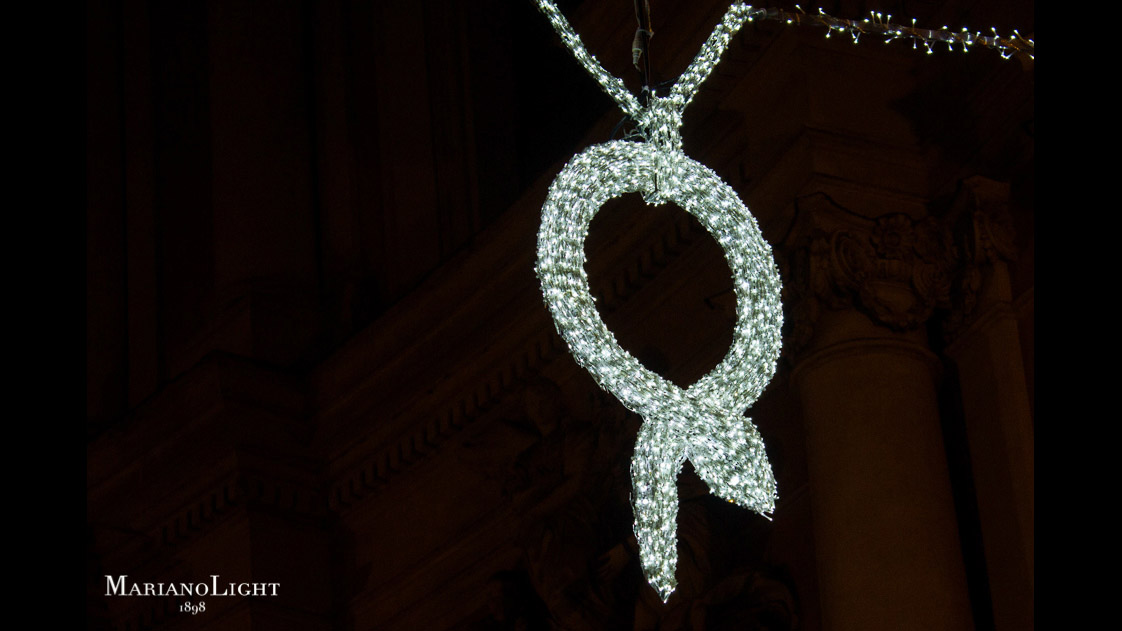 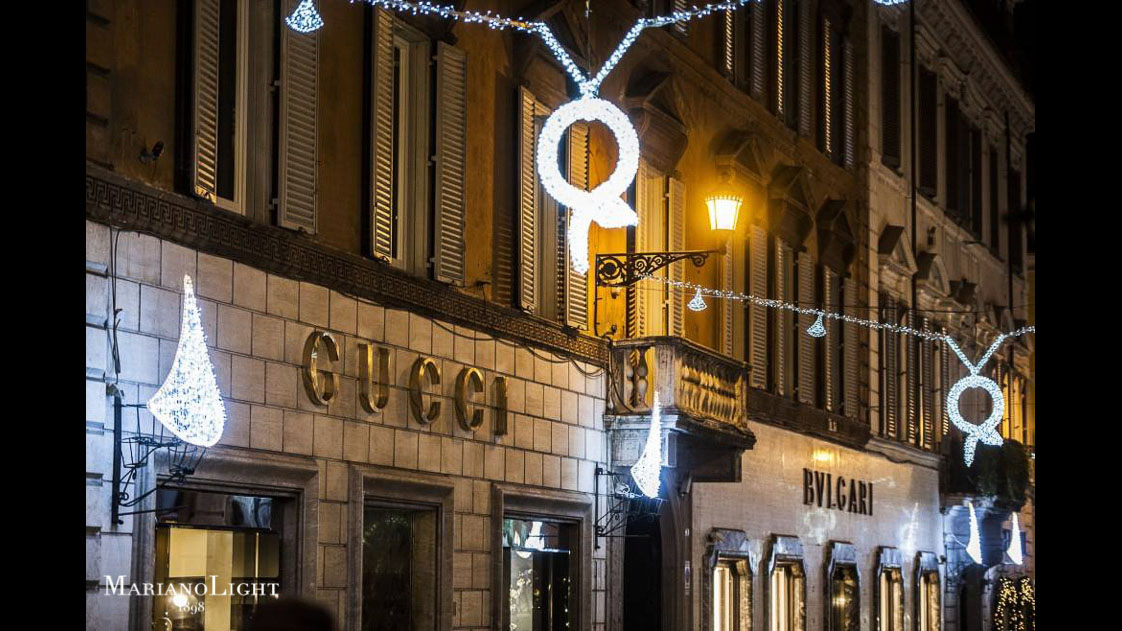 Street lights in Via Condotti turn on the Christmas. This year the decoration of the shopping street was signed by Bulgari… MarianoLight transformed the jewelry inspired to the Snakes collection of Bulgari into light installations. As usual the lighting ceremony was preceded by the concert of the Band of the Carabinieri, who marched from Largo Goldoni along Via Condotti, reaching the steps of Trinità dei Monti, where they held the traditional Christmas concert. So many admiring glances of those who attended the inauguration of the illuminations of Via Condotti and clapped listening Mameli’s Hymn.