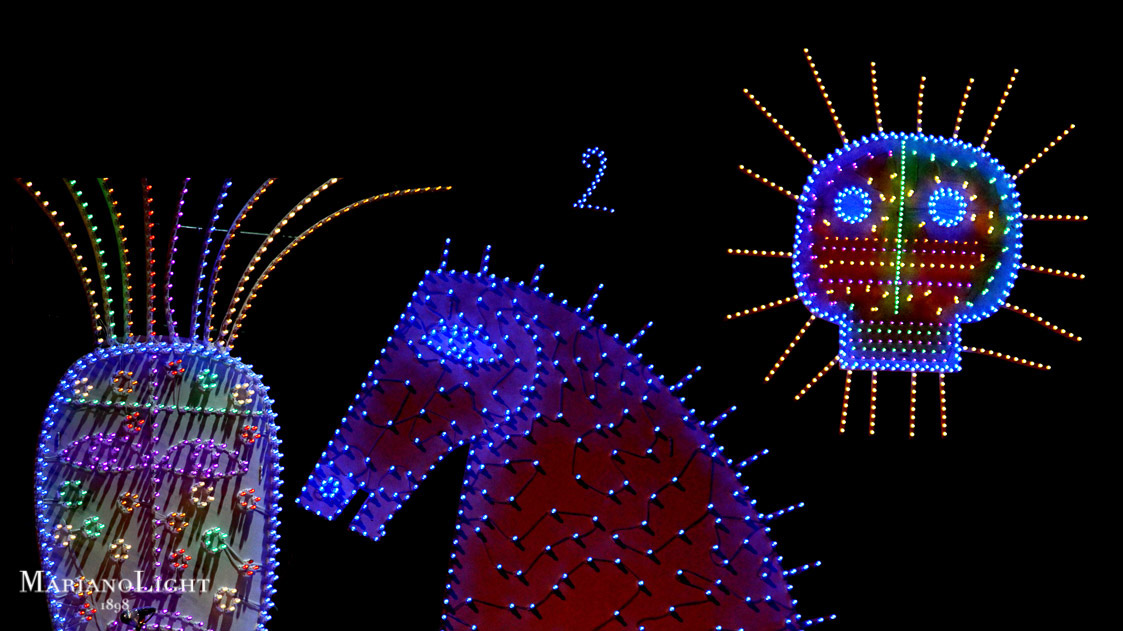 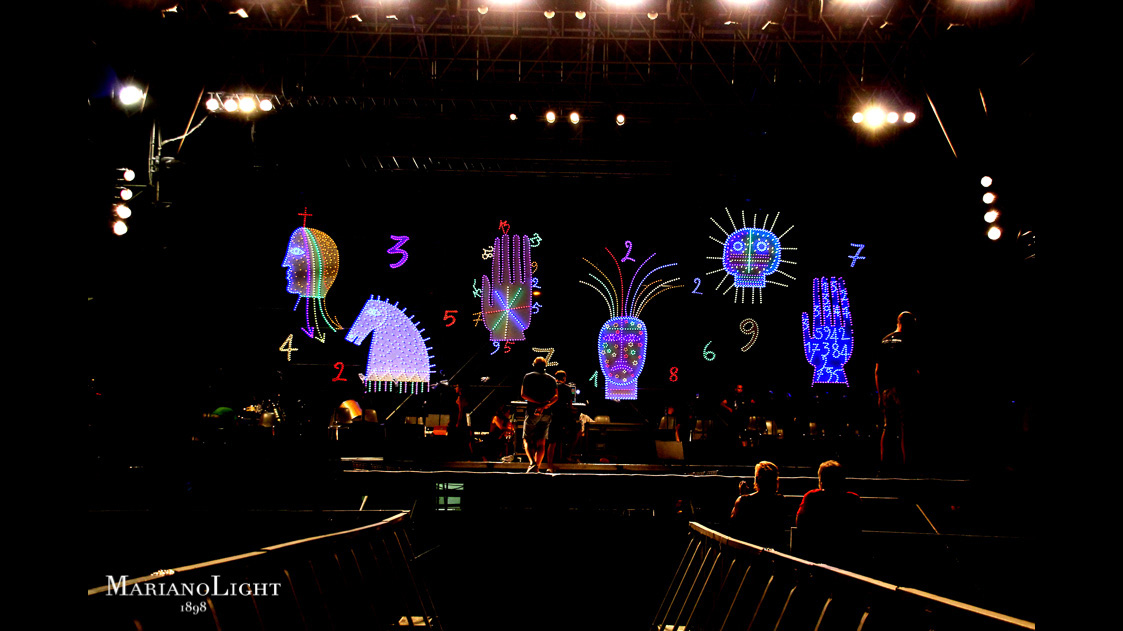 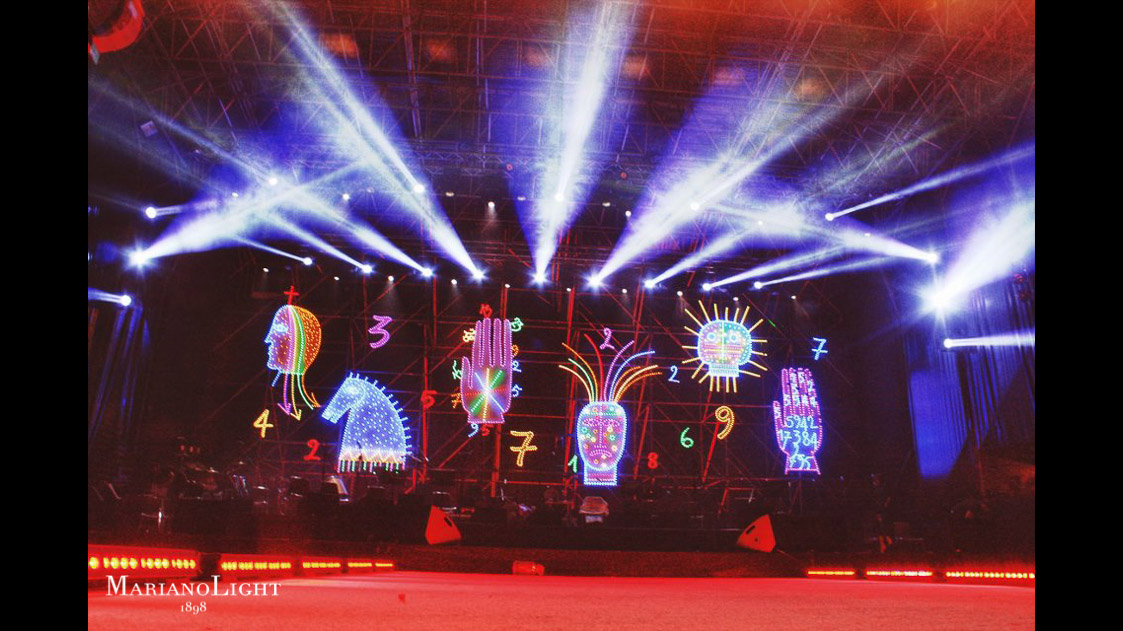 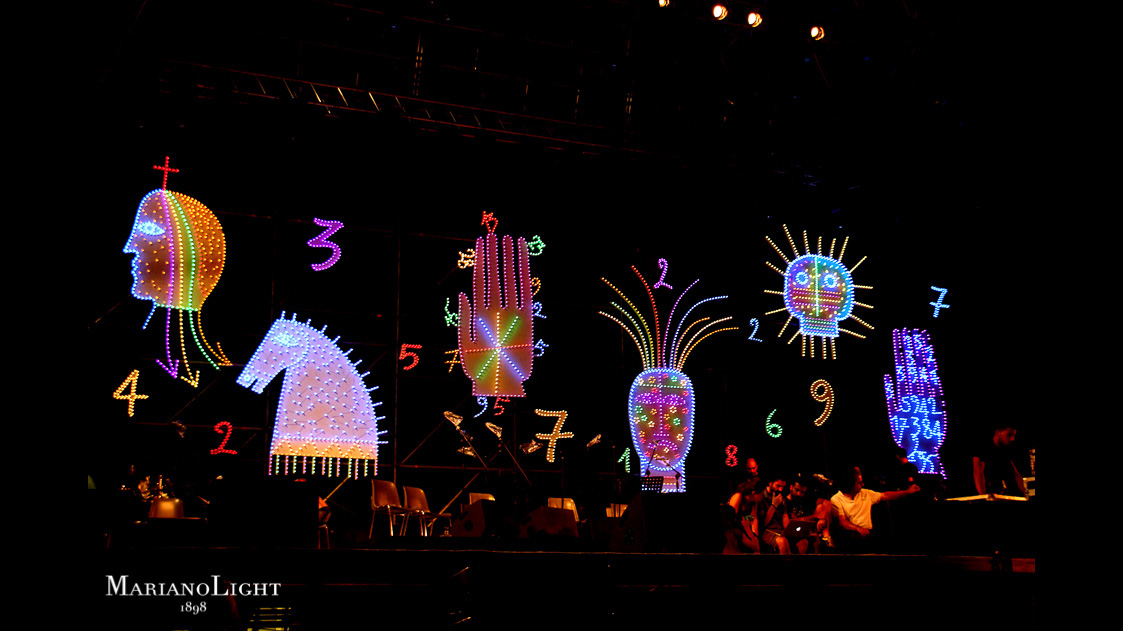 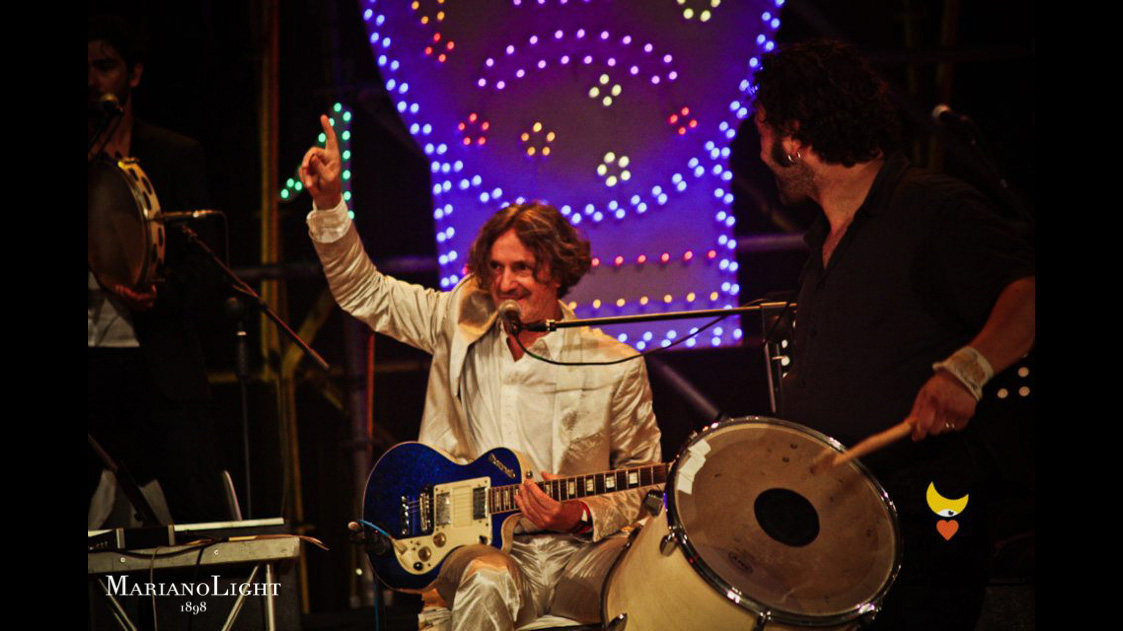 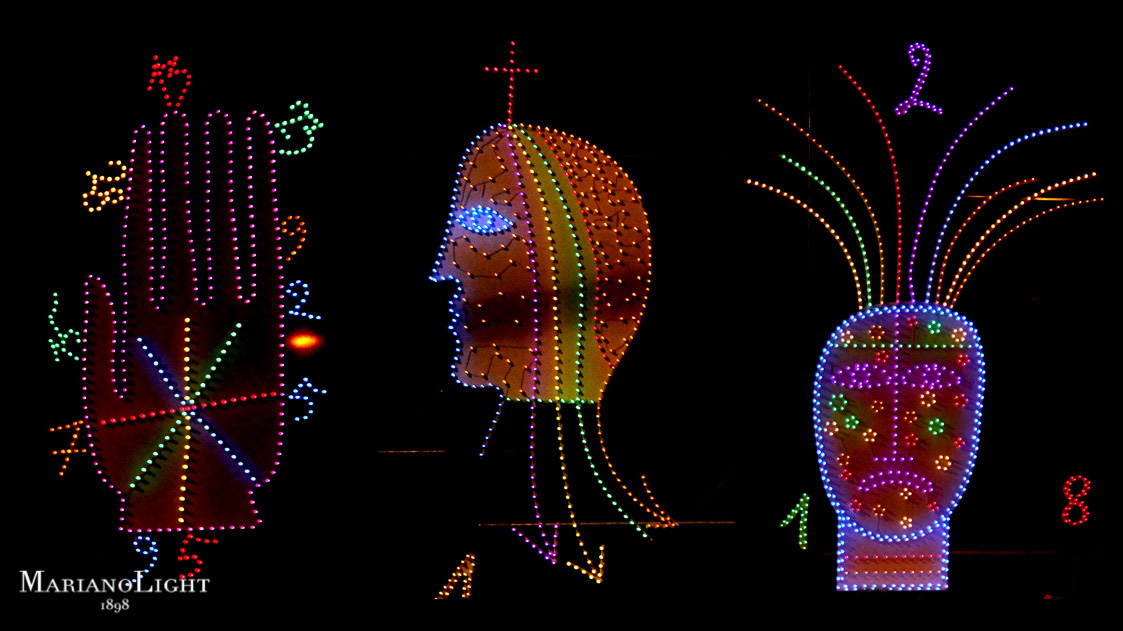 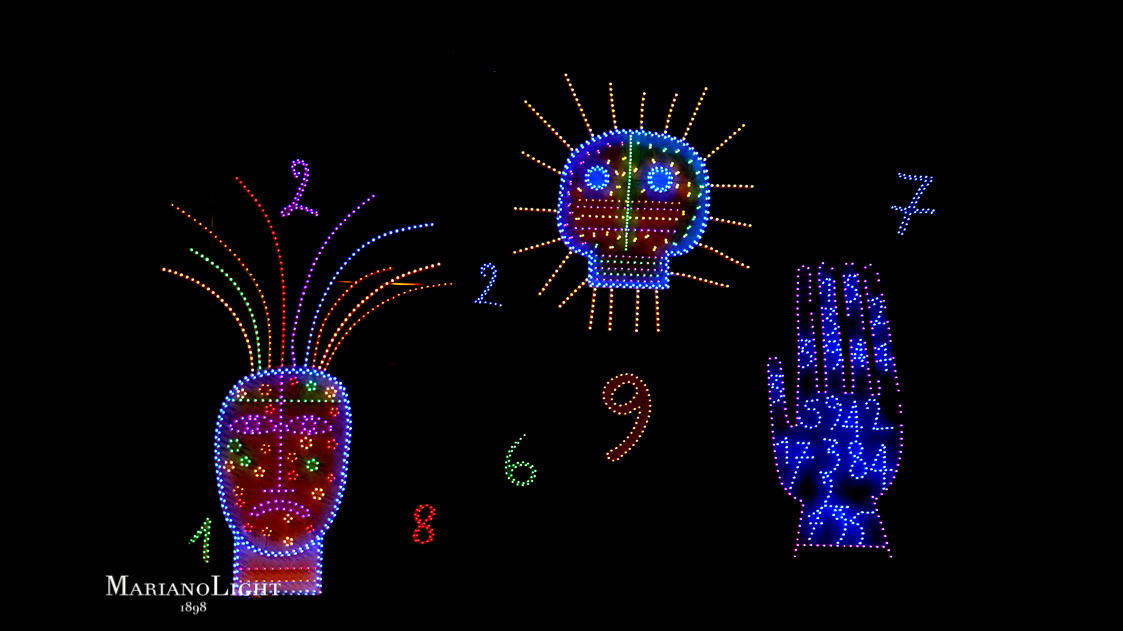 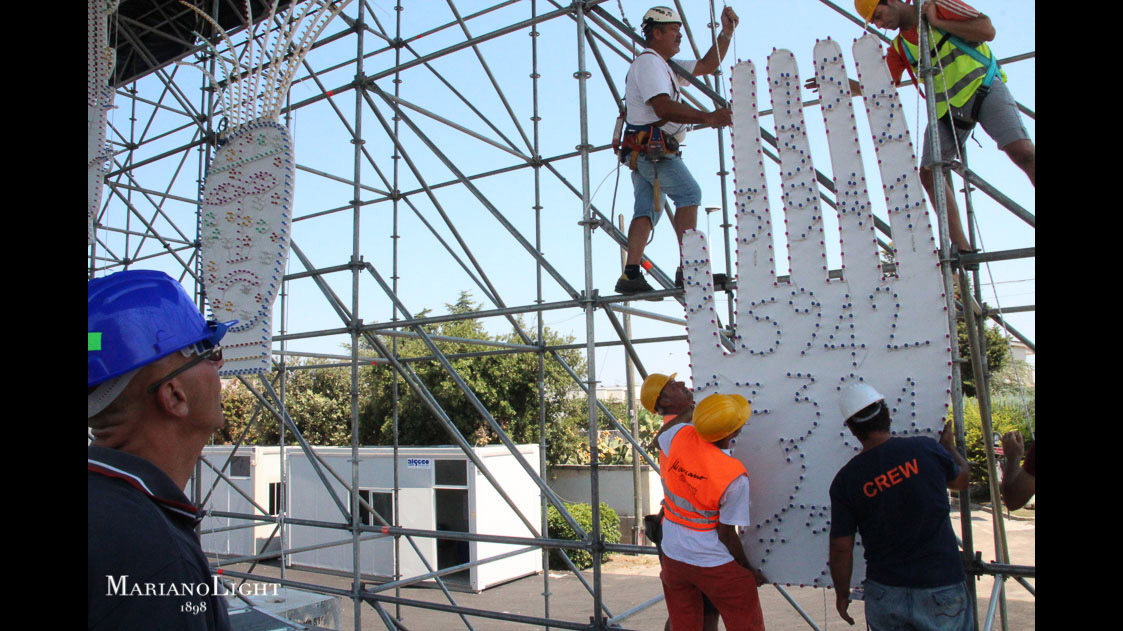 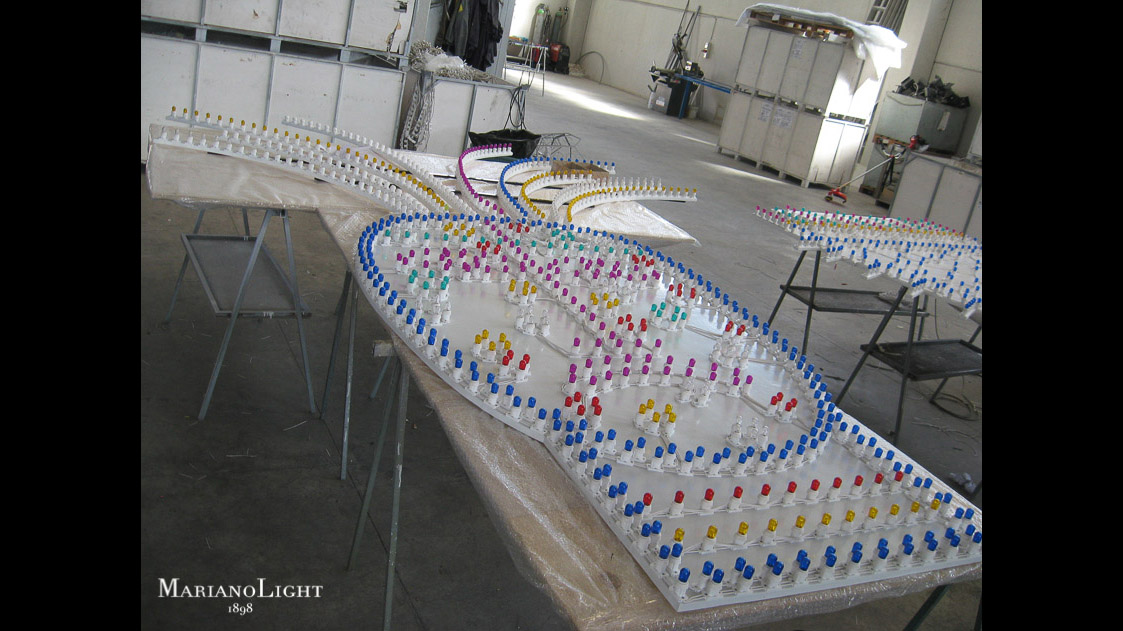 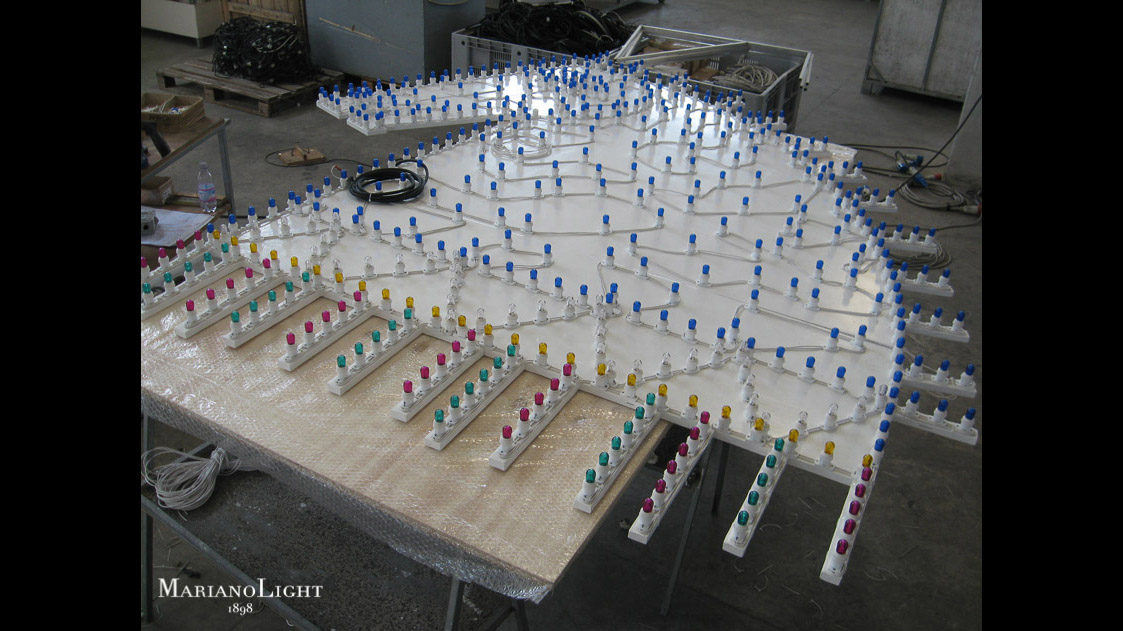 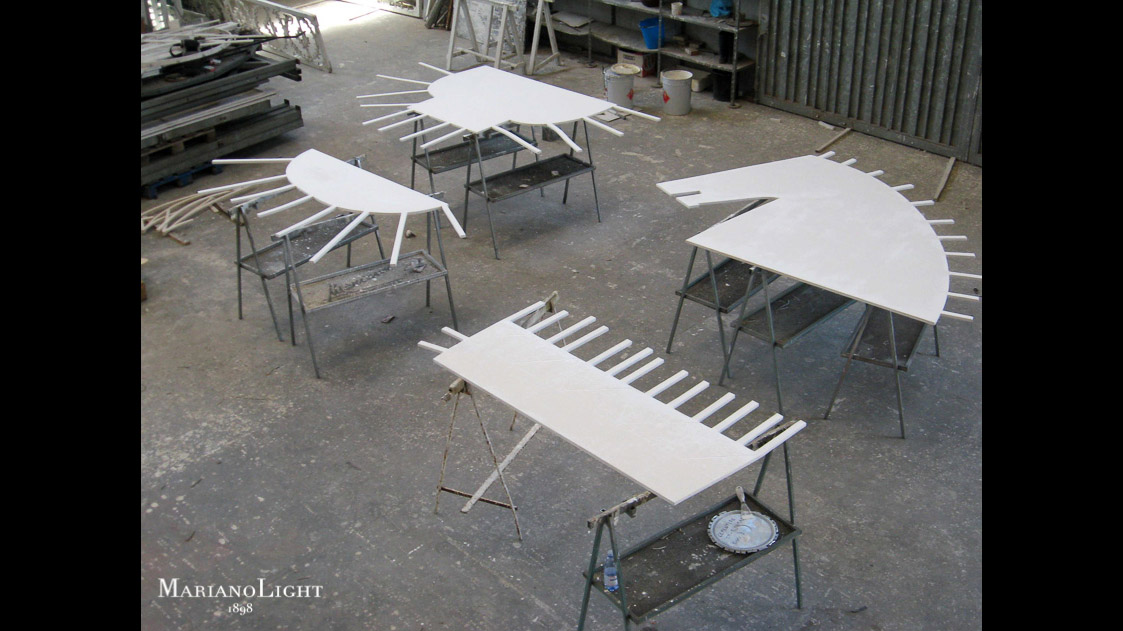 La Notte della Taranta is a festival of traditional music and dance among the biggest of Europe.
For the setting of the Orchestra of La Notte della Taranta, conducted by Maestro Goran Bregovic, a stage set designed by Mimmo Paladino, one of the greatest representatives of the Transavanguardia, an art movement that seeks strong ties with the historical tradition, reinventing the past with a neo-expressionist figurative language.
It is a true masterpiece, which can evoke images of people of different ethnic groups together in a single large space, and that the Maestro Paladino wanted realized with the Luminarie of the tradition of Salento, tying the project to our territory.
MarianoLight was commissioned to realize the great setting using wood, white paint, carving, small colored lamps, in a large collaborative work which involved 12 technicians for more than 20 days and 5,000 LED lamps, for a consumption of only 2,000 W.