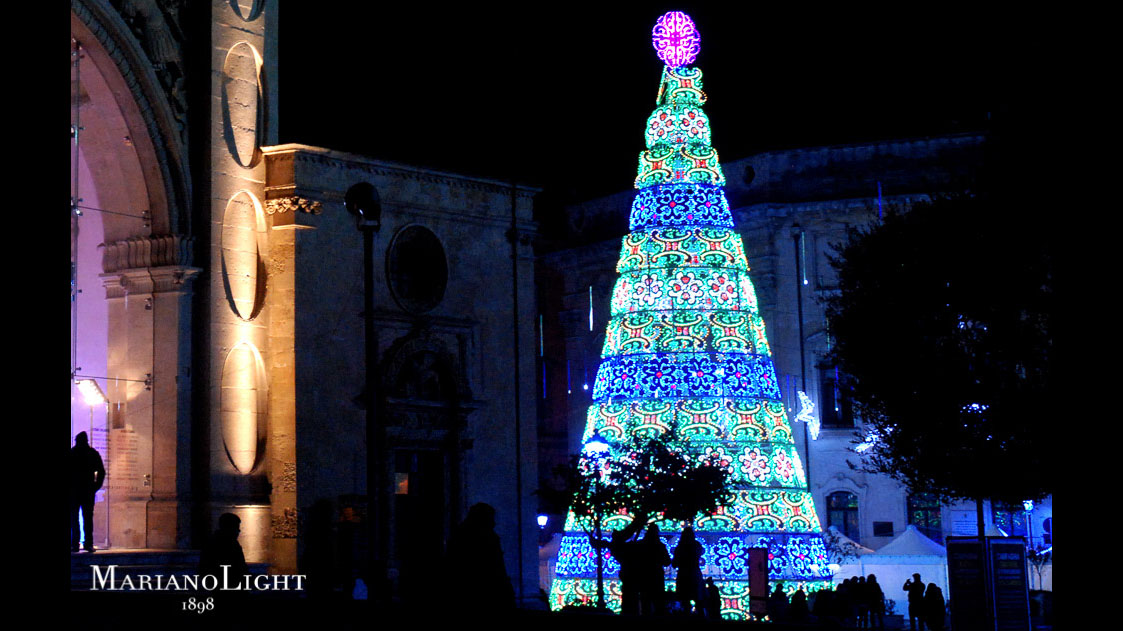 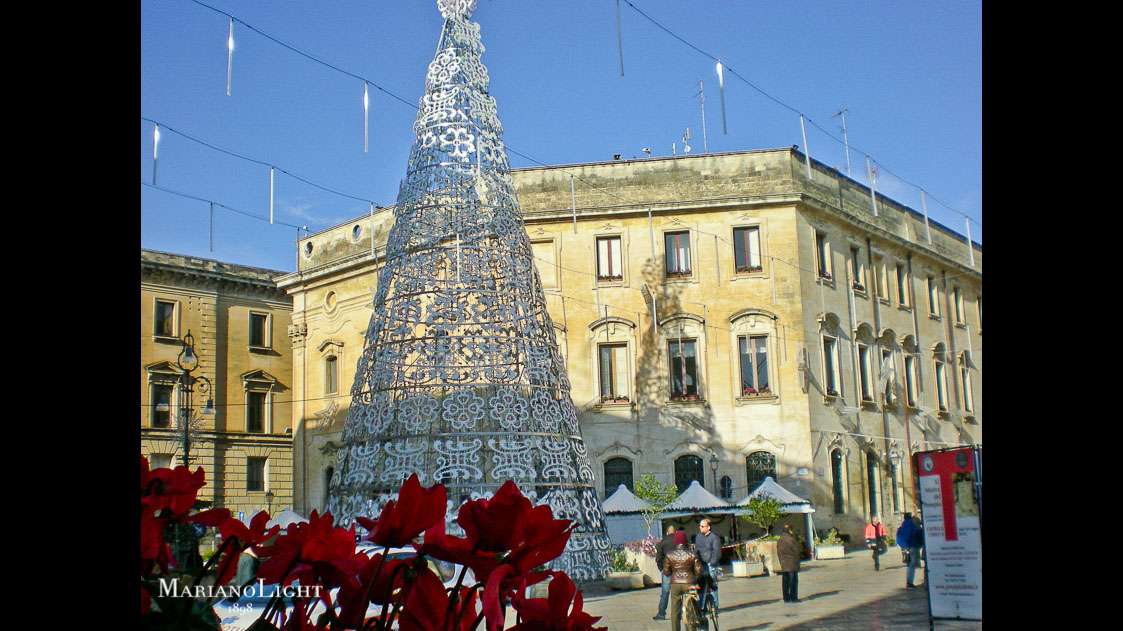 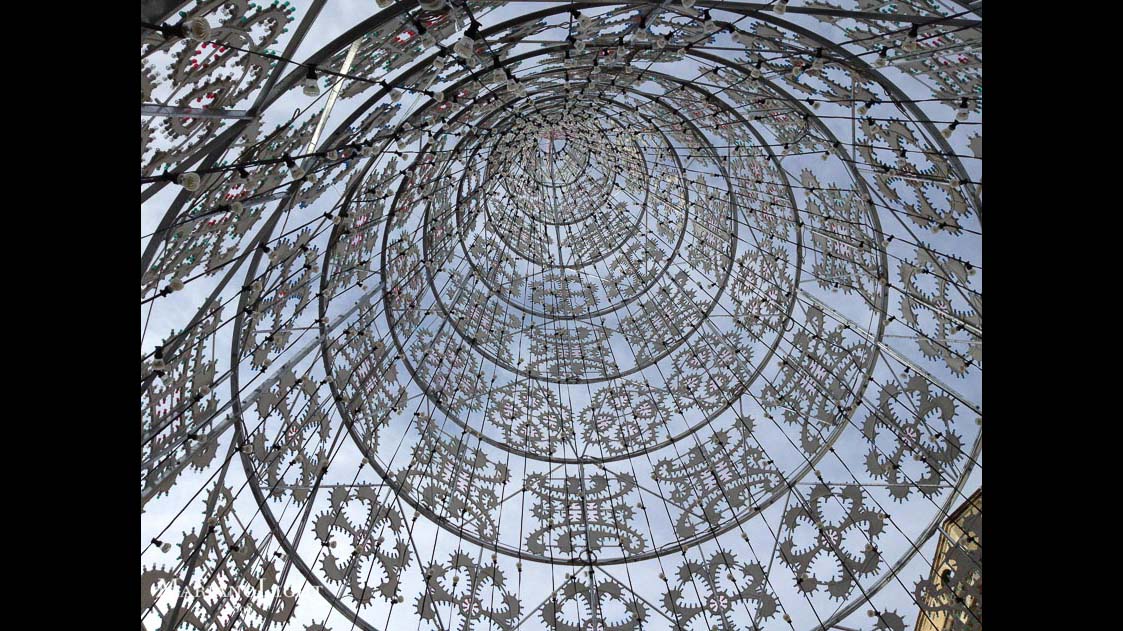 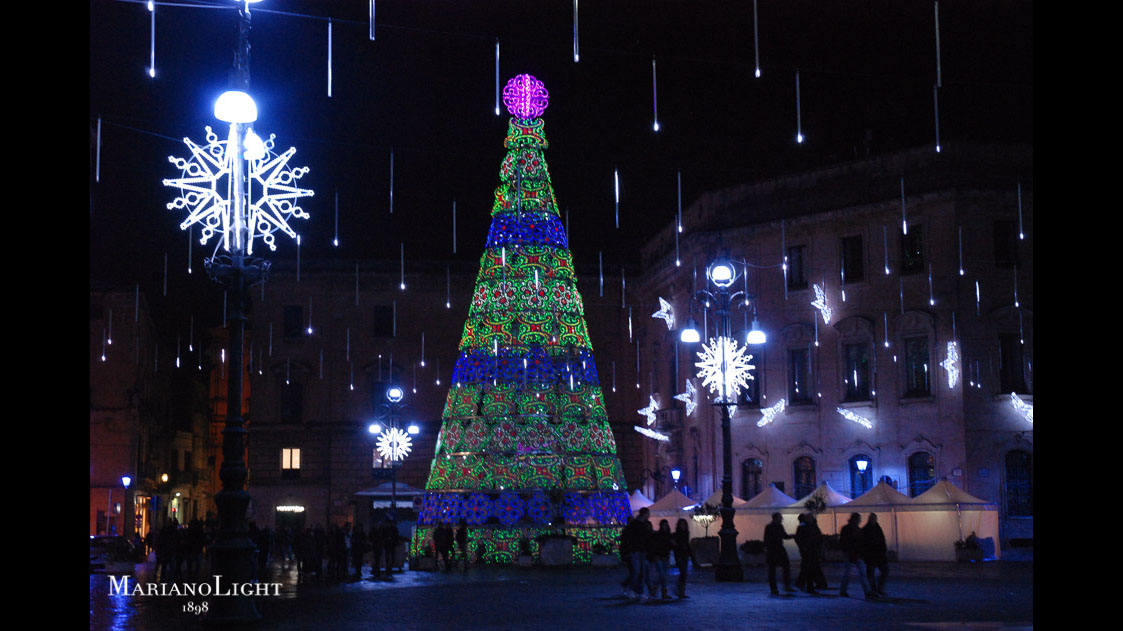 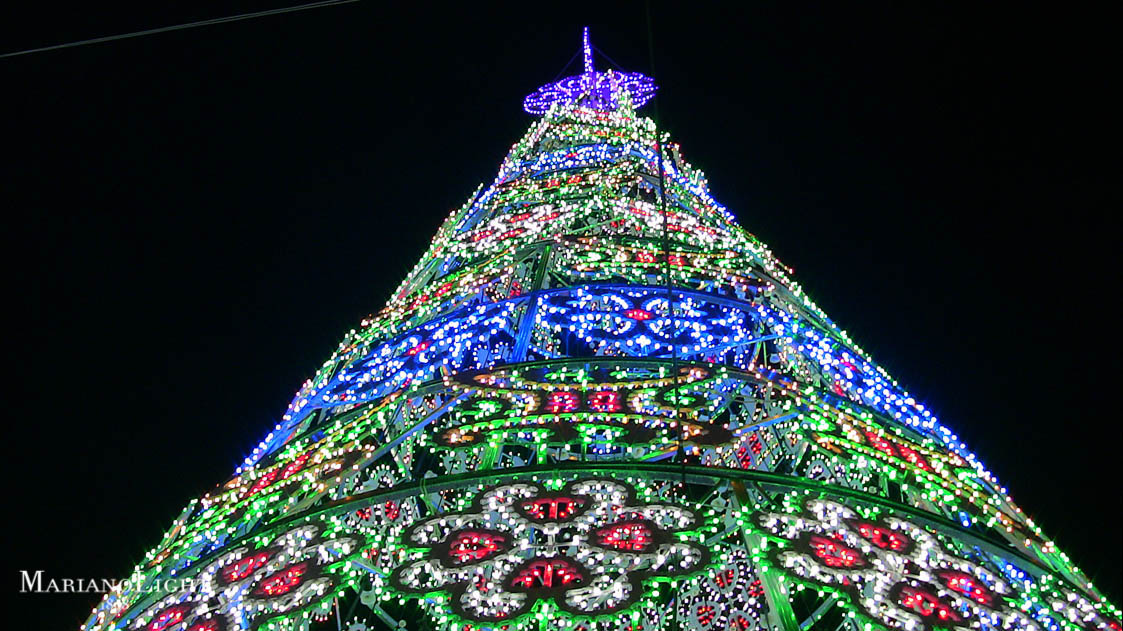 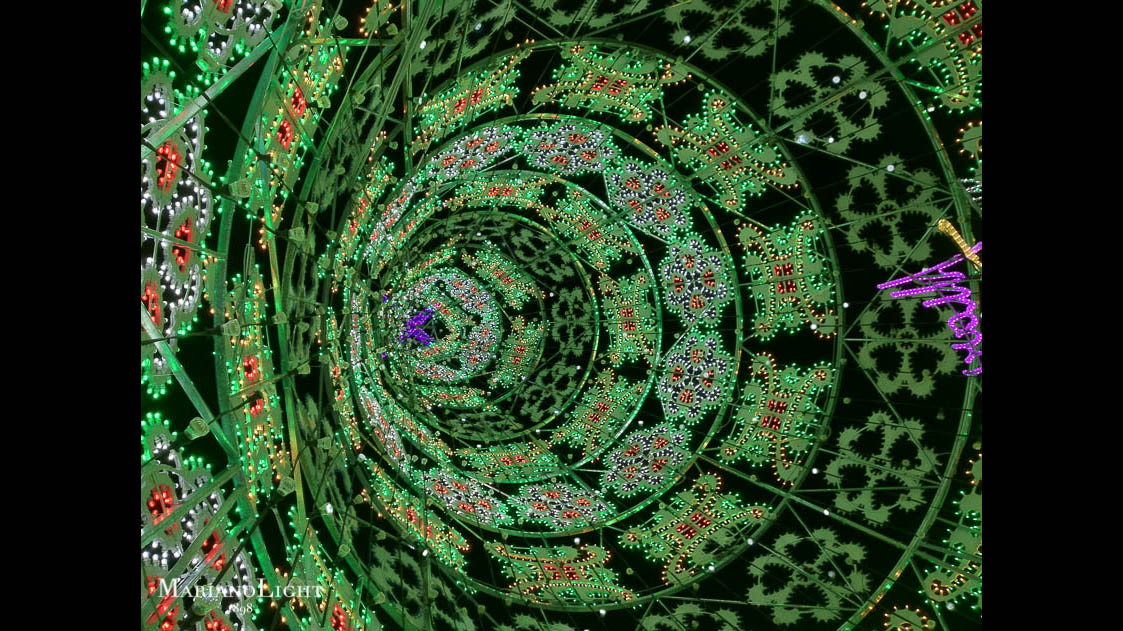 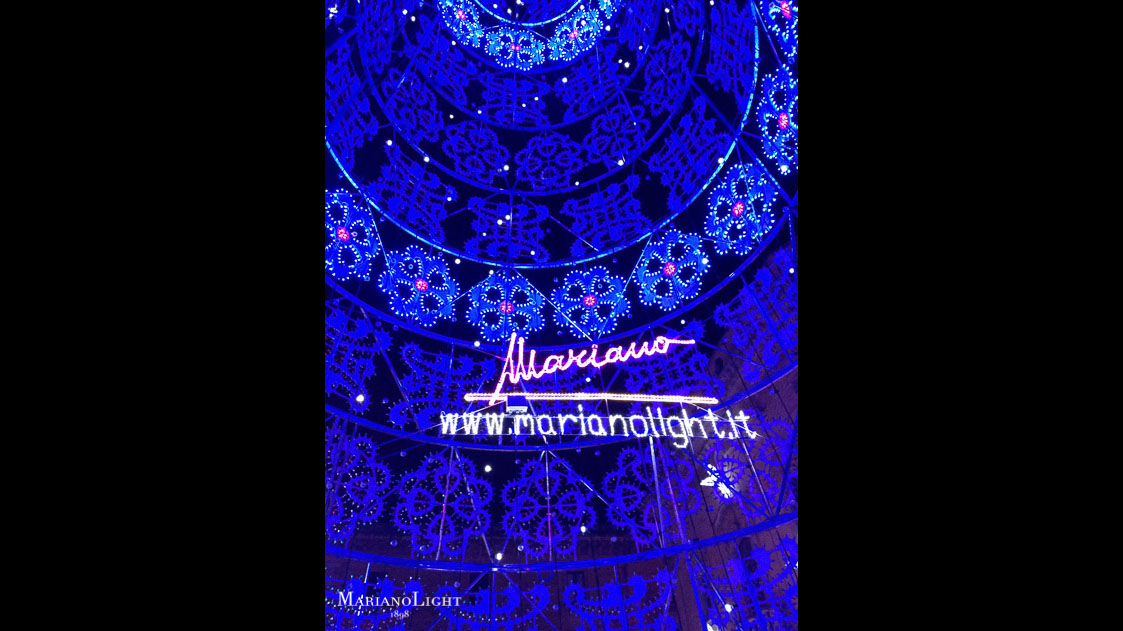 It began as a dream, with the vision of a Christmas tree that reconciled the symbol of the Christmas tradition with that of the summer ‘parties’ in Salento, installed in this square of such wide scope, also a symbol for the city of Lecce.
And the ‘M’illumino di Salento’ project was born, which in our intentions wants to convey the light of this land, the artisan, artistic and cultural potential of its inhabitants, their “industriousness”, represented by the skill in carving wood as if it were an embroidery, a lace, enriched by many small colored lights, a ‘sustainable’ light, thanks to the use of LED technology, with low energy consumption.